Retrospective Review: Alice in Chains Unplug and Narrow a Chasm on “Brother” 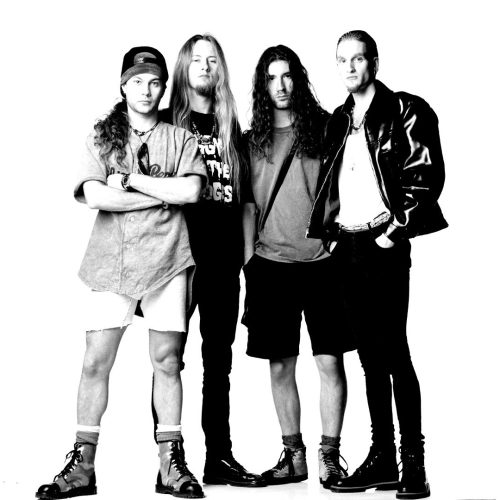 April 10, 1996. As the lineup of anxiously excited fans gather outside of the Brooklyn Academy of Music, the conversations are all undoubtedly similar.

“How do you think they’ll sound?”

“How do you think he’ll sound?”

It has, after all, been almost three years since anybody has heard or seen Alice in Chains perform live.

Despite their latest release, 1994’s Jar of Flies (Columbia Records) ascending to number 1 on the Billboard top 200 chart, there has been no touring, no full-band interviews, no press. The culprit? Mental illness in the form of crippling heroin addiction which has plagued and commandeered iconic, beloved vocalist Layne Staley.

This all changes tonight with the newest installment of the MTV Unplugged concert series. 874 people (including all four members of Metallica, seated in the front row) are undoubtedly hedging their expectations as they eagerly rest on the edge of their seats.

The moment arrives and the band members occupy the stage, led by guitarist Jerry Cantrell, who launches into opener “Nutshell” as the others file in. Staley, in a feat of intuitive timing, walks straight to his seat and mic only ¼ barre before bellowing the opening vocals with effortless yet almighty power. Somewhere between his diaphragm and otherworldly vibrato lies the answer that was only 40 minutes ago the talk of the queue outside the venue – despite his gray complexion and emaciated physique, he is still a towering force of vocal talent, skill, and timing.

We, however, aren’t here to celebrate the juggernaut that is “Nutshell,” though it deserves every accolade it has received. We aren’t here to celebrate the heart-wrenching moments in “Frogs,” “Would?,” (written for Staley’s friend Andrew Wood, of Mother Love Bone, a band who would evolve into Pearl Jam. Wood recently succumbed to a fatal heroin OD,) or even the never-released closer “The Killer is Me,” which covers familiar Alice in Chains territory of ‘I know I’m killing myself with heroin. I know I’ve lost the path and can’t find my way back.’

Let’s instead discuss the often-overlooked “Brother.”

The studio version, found on 1992’s SAP, was an almost psychedelic meditation on the literal and metaphoric gap that had grown between Cantrell and his brother, David. Curiously, the studio version doesn’t feature vocalist Staley at all. Lead vocals are handled with competence by guitarist Cantrell, while harmonies are provided by THE Ann Wilson (of Heart fame.)

The second song in the MTV Unplugged setlist, “Brother” is stripped to a simple, straightforward exercise in balancing musical technicality (the a capella harmony at 3:40 will surely impress,) and succinctly conveying the emotion of an ailing sibling bond that often develops when a relationship isn’t handled with care.

In a set full of poignant moments, “Brother” shines a direct beam on something to which many can relate.

Cantrell’s ‘brother from another mother,’ vocalist Layne Staley, will die as forecasted in almost every song. He will succumb on April 5, 2002, exactly 8 years after fellow Seattleite Kurt Cobain.

2002 will also mark the onset of my brother Rick’s acute mental illness. Being my best friend, I gave him all I had for years. When I no longer could sustain, Rick went to Wales to be near my father. As Staley states in “Brother,” Rick, too, was ‘Always so far away’ and I, as Cantrell wrote, ‘know there’s pain.’ All too well.

Whether financially or by fielding 20-60 calls or messages per day, providing him with any pain relief has always been my opportunity to show him how valued he is.

On May 19 of this year, my brother Rick succumbed to mental illness, two weeks after asking for my help in returning to our native land. I was genuinely excited. ‘Leave everything to me,’ I said, in the way a doting parent would. He was, after all, my brother.

A Canadian music lover, Iconic Photograph Specialist, and multi-instrumentalist, Jeff Wood currently splits his years between Canada and the Mayan Riviera. With a post-secondary focus on English and Modern Philosophy, he holds hope that one day artistic integrity will trump commercial viability within the popular music industry.
PrevPreviousFairhazel on “Comfort Inn” and the Wilson/Nilsson Connection
NextRue Delaney on A Faux Funeral and Her New EPNext