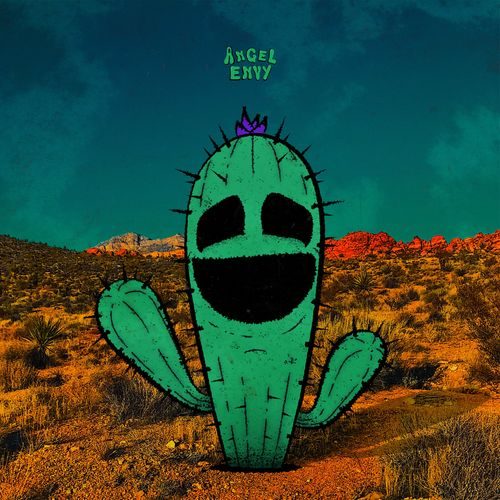 If every rose has its thorn, does every cactus have a rose?

Love is confusing. Angel Envy’s “Forlorn Cactus” hits like a young kid in the back seat of a car on a first ever family road trip, trying to make sense of how everything is new and strange by narrating their feelings in a sing-song tune. Except with great pitch, and accompanied by an electrified folk-rock band.

If the Wizard of Oz were set in a desert in New Mexico, and the musical genre were Angel Envy’s, “Forlorn Cactus” would take the place of the Scarecrow’s song “If I Only Had a Brain.”

Where Ray Bolger sang “I could while away the hours conferrin’ with the flowers” in the Wizard of Oz musical classic, Angel Envy sings “…cuz now I confide in a forlorn cactus.”

“I would not be just a muffin,
My head all full of stuffin’,
My heart all full of pain;
And perhaps I’d deserve you and be
Even worthy erve you
If I only had a brain.”

“You said I’m great, but I always go too far
I play my part
I try too hard
I live like a rock star and test my part
… I’m not too smart…
And you own my heart
…if I even start”

Love, and it’s companion Misery, conspire to make us toddlers. It’s like we feel no control over where we’re headed, but like it or not it’s where we’re going, and the most we can do is confide in the inanimate companions that we find ourselves with along the way. A cactus is somewhat pricklier than the usual toddler’s stuffy, but when romance is the topic of concern, you chat with the companion who is willing to listen. Love makes fools of us all.

When the electric guitar breaks in, a minute and 40 seconds in, it translates frustration and befuddlement into music with an edge. Background vocals, like sympathetic angels, provide a syncopated semi-staccato chorus.

In my mind’s eye, I’m transported to a desert highway – no cool wind in my hair, though, and not too dark. Not a motorcycle, not a convertible… hmmm… maybe a dark green 1970 Nova SS 396. My brother had one of those once… but I digress.

So I’m driving the 1970 Nova SS, and maybe I’m reflecting on the myth about how the Nova didn’t sell well in Latin America, because in Spanish “No va” means “won’t go.” (I fact-checked that; apparently that’s incorrect. Great story though. But never mind, that’s beside the point). And that reminds me of how I feel about my most significant relationship, say.

So I’m feeling kind of low, but the lonely highway vibe feels right, and it’s like there’s this gothic cosmic sympathy with where I’m at emotionally, so at least there’s that. And, it’s warm. Ish.

Surrounded as I am right now by bleak grey skies and a monochrome landscape of snow and silhouetted trees, I could happily relocate to an evening drive through the New Mexico desert, “Forlorn Cactus” my soundtrack, while I look for a thorny friend to confide in. 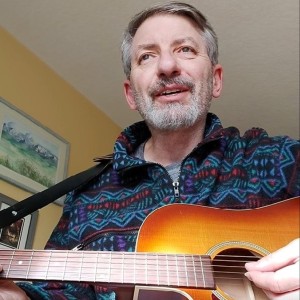