Arbor Green on “Margaret,” Musical Parents, and the Last Gig of 2020 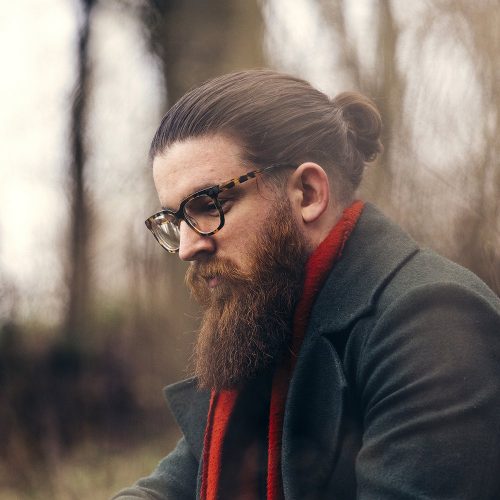 The brainchild of Ali Begg, Arbor Green was formed with the intention of creating songs whose sound is reminiscent of alternative indie and folk bands from North America. Of course, the band’s sound also invokes images of their native lands of Edinburgh and Glasgow. Their new single, “Margaret,” is no exception. As soon as the track begins, the image of the countryside settles into your head. A soft whirr of ethereal sounds drones in the background as a relaxed electric guitar accompanies Begg’s strong vocals. The song takes the listener on a ride, recounting stories of a relationship from the past. As time goes on, the instruments continue to build, filling out the sound of the song. While everything keeps a steady pace, there is a break for an instrumental interlude, which allows the song to breathe even further. Within just five minutes, the song seems to accomplish everything that it set out to. A beautiful blend of indie and folk artists, Arbor Green’s “Margaret” is worth a listen.

What was the inspiration behind your name, Arbor Green?

A few years back I used to play under the name Ali Begg & the Evergreen, but that “Something and the Somethings” format was already pretty tired when I started using it. I never ended up releasing anything under that name, but I liked what it evoked for me. I often think I’m at my happiest among trees. Back in 2019 I was listening to an obscure Okkervil River track called “The Surgeon Above the Arbor,” and I was playing with the sound of the last word. I recalled that it was also the Latin word for ‘tree’, and I tacked the word Green onto it to echo the old band name. It doesn’t really “mean” anything but I love forest green colours and wear them often, so I guess if nothing else the name translates as ‘Tree Green” which is more or less the name of my favourite colour. People seem to confuse it for my given name sometimes, which I enjoy.

How has your upbringing/location inspired your sound?

I was brought up in the Scottish West Highlands by parents who were both musical and had really diverse taste. The earliest gigs I went to were some of the finest traditional musicians in the country, most of whom were local to the area and playing right down the road. As a kid I’d sit in the corner of the village pub drinking pineapple juice while trad sessions went on around me. I sang Gaelic songs in competitions all the way through school. My love for that music has always stayed with me. There’s a very real honesty in Scottish traditional music that I aspire to emulate.

I picked up the guitar at age 7. My teacher, a wonderful songwriter called Jim Hunter, quickly got me hooked on the lyrics of the likes of Joni Mitchell, Simon and Garfunkel and James Taylor. My parents’ record collection meant that I had already been thoroughly indoctrinated into the music of the Grateful Dead & The Allman Brothers, and my appetite for great songwriting and trippy alt-country sounds grew from there. I still count Mitchell and Robert Hunter among my favourite lyricists. I think if I can point towards the roots of the music I write now, it’s probably somewhere in that mixture: traditional fiddle tunes, Gaelic songs and the Grateful Dead!

Which musical artists do you listen to the most?

These days my taste in music is really broad but if I keep this answer to stuff vaguely adjacent to my own music then I always come back to Okkervil River, Bright Eyes, Big Thief and The National. I’m an enormous fan of Lucy Dacus — I think she’s phenomenal. Phoebe Bridgers too. And I also think anything Justin Vernon touches turns to gold (though that’s not exactly a hot take). In the UK, I’ve recently really enjoyed work from Alabaster DePlume, Yard Act, Lizzy Reid, Andrew Wasylyk, Scarlett Randle, Mellah, Lemon Drink, MEMES, Casual Drag…heaps of stuff!

Why, in your opinion, was “Margaret” chosen as the first single off your upcoming album?

“Margaret” really isn’t a traditional first single. It’s nearly six minutes long and it takes two of those minutes before it reaches a chorus. But it’s one of the earliest songs I wrote for the record, and it sort of straddles the tones and moods of the rest of the album (it’s also the album opener). It’s mellow but it has fierce moments. It’s got these glassy indie electric guitars but this folk country warmth thing going on too. I wrote it for my grandmother, who passed away when I was maybe 19, so in terms of the grief I’m processing in that song it’s the earliest grief addressed on the record. All of this made it feel right for the first release. The album goes to a lot of places, musically and thematically, and this song is probably the closest thing to a roadmap for what’s to come.

I saw that you played one gig before the lockdown towards the beginning of 2020, how was it and did you have any idea it’d be your last for a while? Where would you like to play your first gig post-lockdown?

Yeah, our one gig of 2020! It was at a great wee night in Glasgow called Dukebox run by our friend Robbie, who has an amazing band called Ginger (everyone should check out their debut, Gardens). It was maybe a week before things started getting really serious with the pandemic in the UK and I think there was definitely a bit of a feeling that it was going to be the last hurrah for a while. We were sitting around catching up with friends who’d just had all their freelance work cancelled for the next six months or whatever, and I was keenly aware that I might not see most of those people again for a long time. It was a fun night if a bit bittersweet in hindsight. I’d been waiting a long time to play these songs live and it was meant to be the first of many! I don’t think there’s anything I’ve missed more than live music since COVID-19 descended on us.

2021 didn’t get off to a smooth start for the planet so I’m not counting on anything but I think we’re daring to be hopeful. We have a busy release schedule of singles leading up to the album coming out in the summer, and there’s lots of work happening around all of that. If fates and vaccines align we’d love to support it with some gigs, but honestly I just want to get that record out there. I’ve been bowled over by the lovely and positive response to “Margaret” and I’m really excited to have more coming soon. I’ve also got reams of new material to start properly sorting through, but I think any serious recording will have to wait until the autumn. Life feels very busy, in a good way, and for that I am thankful. 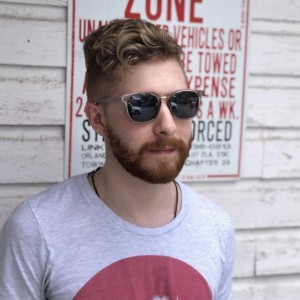 Jordan is a writer obsessed with all things pop culture. From music to movies, he spends most of his time consuming and analyzing others’ writing. There isn’t a medium which he doesn’t enjoy writing for.
PrevPreviousSubmitHub Review: Is It Worth It?
NextCarly Opacic’s “Luna”: Shimmering Art PopNext