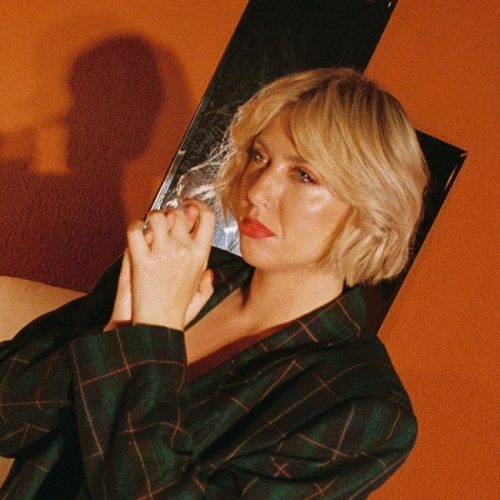 You can add Beck Pete’s name to the list of artists like Taylor Swift and Lady Gaga who have penned and performed ballads that define a generation. Her new song “Romantic” (co-written with Dan Sadin) covers a far wider emotional range than most pop songs. It’s hypnotic, sad, ethereal, hopeful – in short, it’s about the crests and valleys that make life so interesting.

I hate it, I love it

That life’s a bitch and then you

Back in the heyday of singers like Barbra Streisand, this song would have been called a “standard”: it touches your heart no matter how it’s sung or produced. Beck’s version has some classic touches – lush strings and guitar at the end that make the song shimmer. But I could hear it being sung or recorded in a variety of ways. It’s a song that will resonate for years to come.

It’s easy to see why you’re selling out The Echo and The Troubadour. Your vocal on “Softie” is remarkable in so many ways: sultry on the “oh yeah’s” and soaring on those high notes that most singers can’t reach. Have you had a lot of voice training?

Thank you so much for saying that! I had some vocal training in my younger years and did a lot of musical theatre growing up (cue the “Softie” video, haha), but a lot of my stylistic choices came from studying my favorite singers on my own and getting to know what elements made up my own specific voice. I also feel like I’ve learned a lot from the time I’ve spent with my own body to produce the sounds that I do now. Spending time in solitude with your body and your voice is life-changing, in my opinion!

You’ve probably been asked this a million times, but how did you get the stage name “Beck Pete”? Is it a contraction of, say, Rebecca Peterson, etc., or maybe a tribute to artists Beck and Pete Townshend?

Unfortunately, the name Beck Pete is the less exciting of the two options 😉 Yes, it is a shortened version of my full name “Rebecca Peters.” However, there is something punchy and androgynous about it which I love. I am an extremist. I love the opportunity to explore extreme masculine and extreme feminine sides of myself and have them make sense within the world I’ve created. I’m glad I was able to find that within some version of my real name!

You included two songs (“Scream” and “Qurispy”) on your new EP that are each less than a minute long. What was your artistic aim in doing that?

This first EP is a part of a full-length album, and the interludes represent a continuation of a feeling or a point in time between two songs. Sometimes a feeling can’t be summed up in one song, and sometimes we need a breather. I feel that these two interludes, and the one that will be on Pt. 2, give the necessary feeling the time it asks for, and allow a moment for processing.

I love the lyrics in your song “Romantic.” (“Wrecked my car, broke my heart like I planned it, somehow it’s still romantic”) What’s the story behind this great song?

This song is sort of my love song to the world – written when all of those things had just happened (broken heart, totaled car), at a point where I thought I had hit a rock-bottom low. I woke up one day and was experiencing some of the most heart-wrenching feelings I had ever felt, and looked around and was still able to acknowledge the beauty in the world and in the ability to feel those feelings. I had a moment where I realized that every moment is a gift, even the ones that are simultaneously challenging.

That felt like what romance means to me. It’s not always easy, but it’s always beautiful.

You seem so artistically courageous, yet the new EP is titled Scared Of Everything, Part I. Why did you choose that title?

I think being courageous and bold is a choice, while being scared is not always something we can avoid. I’m sort of always scared. I just do things anyway. This EP is about trudging through that fear, and allowing yourself to swing and miss, and learn shit the hard way, over and over again. It’s about letting it be okay to be scared, as long as some of it is moved through and learned from.

Larry McClain is a former ad agency blogger who writes for music and travel magazines in the US and UK.
PrevPreviousField Guides on “Margaret,” Literature, and the 19th Century Writer Who Inspired Their New Song
NextKiefer Luttrell on “The Wind,” Guitar Playing, and the Green BeretsNext