Bonnie ‘Prince’ Billy Visits the Confessional on “I See A Darkness” 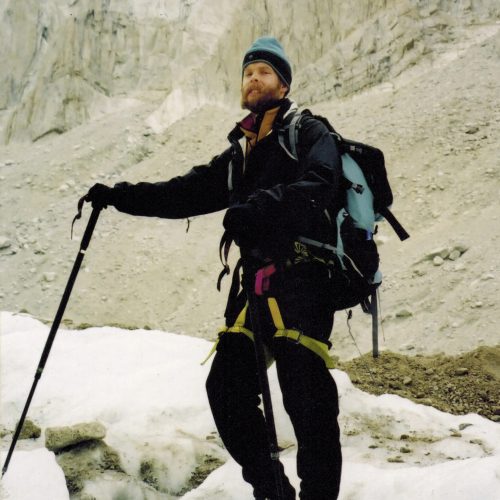 For ordinary recording artists, dreams reside in a non-tangible arena.

They frolic in that place where wild, unattainable thoughts can gallop at their will, rest in the recesses, and drink from the trough of “someday” as desired.

It’s the year 2000. Will Oldham has, less than a year ago, released his debut album under his new Bonnie “Prince” Billy moniker. He’s already enjoyed genre-ruling successes under various names including Palace and The Palace Brothers. His footprint among the Americana genre is deep enough that in a few short years, acts like Band of Horses (initially named Horses, after a Will Oldham song), Cat Power, and many other contemporaries will acknowledge Oldham as a head-turning influence.

Gracious and appreciative of the acclaim his work is receiving, it will swiftly become blurred and dampened overnight when Oldham receives word that none other than Johnny Cash, The Man in Black, has just recorded a cover of “I See A Darkness” for his forthcoming Americana III album. In one’s life, good or bad, there exists few before-and-after moments.

This, for Oldham, is one of the most significant yet, both personally and professionally.

Cue introductions made through legendary producer Rick Ruben, and a re-recording session that sees Oldham in the same room as Cash, recording backing vocals, and speaking only when there’s something to be said about an intonation, or a syllabic emphasis. Cue, in Oldham’s words, one of the most surreal moments of his professional career.

The title track from 1999’s I See A Darkness is an eerily-quiet, inward exploration of the cavernous abyss in which the character seems to search, with the last fumes of optimism, for the crack of light from which he once entered.

The simple two-verse, two-chorus foundation contains enough cemented desperation to root in the listener’s mind long after its meek, unceremonious end. The song’s center, its pit, lies in a hesitance-laden conversation with a close confidant, as Oldham cautiously approaches with

Many times we’ve been out drinking,

and many times we’ve shared our thoughts.

But did you ever, ever notice, the kind of thought I got?

Undoubtedly driven by the subconscious pack mentality of the human’s need for sense of belonging and understanding, Oldham oscillates in an unapologetic explanation of the good and healthy aspects of life that, for unspoken reasons, seem infinitely underscored by his acknowledgement of the abyss, and his circling of the drain. Bravely, he counters both the optimism and pessimism with each other. Acknowledging the reality of the outward-face of depression, often presenting as a smile for the world to see, he reveals

I hope that someday, buddy, we have peace in our lives

Together, or apart, alone or with our wives.

And we can stop our whoring, and pull the smiles inside

and light it up forever, and never go to sleep.

My best unbeaten brother, this isn’t all I see.

I see a darkness.

The unrelenting bleakness of the lyrics is lightened and lifted only by the barely-discernible sense of optimism offered in the chorus’ melody.

A Canadian music lover, Iconic Photograph Specialist, and multi-instrumentalist, Jeff Wood currently splits his years between Canada and the Mayan Riviera. With a post-secondary focus on English and Modern Philosophy, he holds hope that one day artistic integrity will trump commercial viability within the popular music industry.
PrevPrevious“TV Dinners” is Skittering, Restless Alt-pop from ALASKALASKA
NextCatatron’s “Again and Again” Explores the Depth of a Simple PhraseNext