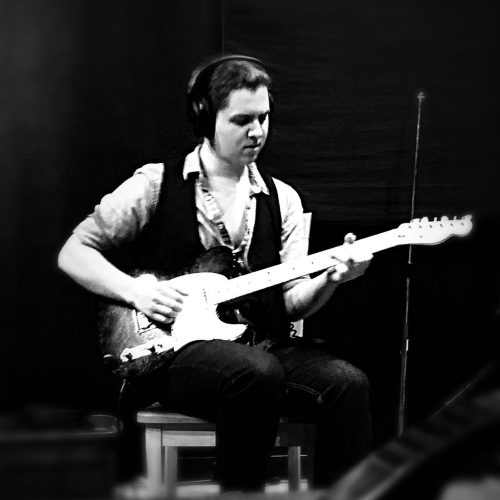 When “Catches Me Tonight” started playing, I didn’t know if I would like it. It begins, you see, with the jaunty strum of a ukulele, an instrument that has become a hoary indie cliche. While the ukulele is obviously an important instrument in Hawaiian music, and even outside of that setting every instrument has its use (although Tune-Yards has fallen out of favor since their 2011 peak, they used it to great effect), the ukulele has become associated with affected quirkiness and a shallow, twee sensibility. I hoped that I would get something more original, but I worried I’d get yet another indie-voiced warbler fresh out of Portlandia central casting.

Thankfully, I didn’t need to worry. Cole Supple, the Los Angeles-based musician behind “Catches Me Tonight”, is a skilled and creative songwriter, and he immediately sets to work proving it. (As an aside, he was originally inspired to pursue music by watching The Naked Brothers Band as a six year old; truly, they are the Velvet Underground of our time.) This song is a catchy, charming slice of indie pop; it’s simple without feeling lazy, sweet without being cloying, and blessed with a certain sense of timelessness. It’s a song that could have been written yesterday or sixty years ago.

The initial ukulele strums quickly justify their presence, and they begin to play a lovely, lilting chord sequence, lightly jazzy yet not overly complex. Supple’s voice is clear, friendly, and refreshingly unaffected; other songwriters might have choked the melodies with oversinging to convince you they’re really feeling it, but Supple understands that this breezy little song needs room to breathe. Its appeal lies in its simplicity, which is why well-worn lyrics like “I smile when you’re near” work here when they might come across as cliched elsewhere.

With its deceptively simple melodies and shimmering, string-soaked arrangements, “Catches Me Tonight” reminds me of Burt Bacharach’s fizzy, frilly easy listening standards from the 60s. Like the best Bacharach songs (and the best songs by imitators of Bacharach), Cole Supple exercises restraint while executing this vision, letting the elegant arrangements color the air without saturating the song. He also finds the heart behind the lounge-y smoothness, the sensitivity and tenderness behind such sweet music.

I keep reiterating this, but “Catches Me Tonight” is a fundamentally likable song. It trods well-worn ground, and it’s not completely unaware of that; there’s a knowing grin to the way Supple croons “I’ll love you in every mood/I’ll sing you the ocean blue”, just a hint of a wink that doesn’t detract from the song’s earnestness. You can get your daily dose of irony elsewhere; for now, it’s time to be sincere.

As fond as I am of “Catches Me Tonight”, it might not be for everyone. If, unlike me, you didn’t while away long study sessions listening to elevator music from the sixties, you may feel like you’ve eaten too much chocolate in one sitting. But if you’ve got an appetite for romance, charm, and good songwriting, I heartily recommend it. You’ll imagine yourself sitting on a crescent moon, strumming the ukulele and serenading someone without a trace of shame.

Joe is a writer, a critic, a musical omnivore, a Long Islander, and a bundle of anxiety. He's dreamed of making a career as a writer since he was a child, which explains why he didn't dream of something a little more practical.
PrevPrevious“The Duel” by Three Sides: A New Old West
NextThe Sunflower Thieves Play a Heavenly Game of “Hide and Seek”Next