Catey Esler on “Amnesiac,” Production, and Her Influences 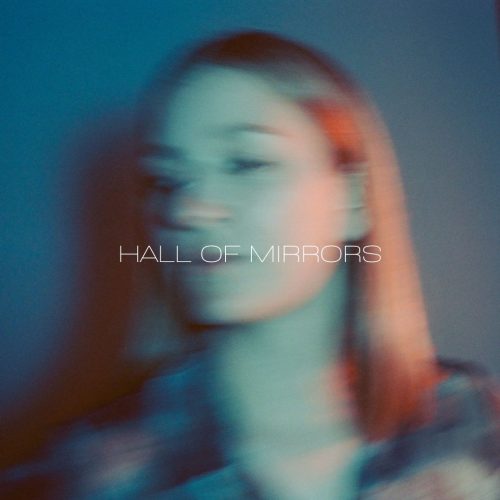 There are certain songs where the artist’s influences jump out at you. That’s not necessarily a bad thing: in fact, it offers an opportunity to see whether the artist has taken the right lessons from their influence. In the case of “Amnesiac,” an intriguing, evocative song recently released by Catey Esler, it’s safe to say that she has. Furthermore, her music goes beyond that, revealing depth and complexity that takes a couple of listens to catch onto.

There’s plenty of Radiohead, and Thom Yorke in particular, in “Amnesiac.” (It’s right there in the title!) It has jumpy, glitchy post-Kid A production, as well as that classic sense of modern unease that permeates just about everything they’ve done. But again, Esler is a creative, clever songwriter and producer, and she does plenty to make the song her own. Her vocals are a big part of that, floating with grace while still sounding connected to everything else around her; she is the ghost inside the machine, if you will. And there’s a specificity to her lyrics, as well, comparing the cycle of stopping and starting bad habits to that of an amnesiac. “One step forward, two steps back,” she sighs in the chorus, but she’s not quite resigned to it yet. There’s a sense that she’s starting to see this cycle as a puzzle to solve, a pattern to recognize and tweak. It’s music that lights up and flashes like synapses, proving to the listeners that it’s alive.

What prompted you to write “Amnesiac?”

Honestly, the pandemic prompted me to write “Amnesiac.” I finally had all this time to myself to process my thoughts/feelings and soon the music that became the debut album I’m about to release began to pour out of me. Specifically though, writing “Amnesiac” was a way for me to confront cycles of bad habits in order to start changing them. The song ultimately is a metaphor for the first step of admitting what’s wrong so that you can start the real work to improve yourself.

When you tackle a song like this, do you approach it songwriting-first or production-first?

I always write the music first and then put it into Ableton afterwards to flesh out production ideas that I’m hearing (synths, background vocals, drums etc.). Sometimes I don’t begin working on the production until months after I finish a song! My typical songwriting process starts with playing random chords on the piano and then I usually begin to hear a melody unfold. Once I clearly understand the feeling or mood of the song I’m writing, I can begin to make choices that will end up shaping the entire piece from lyrics to chords and eventually to production. “Amnesiac” was one of those rare songwriting moments though, where I heard the entire song in my head when I sat down to write and almost couldn’t write it down as quickly as I was hearing it!

Who would you say is your primary artistic influence?

Some of my all time favorite artists are Thom Yorke, Bon Iver, Beach House and Moses Sumney, but I get a lot of artistic influence from my classical piano/voice upbringing as well as my jazz studies. I primarily listen to alternative music and contemporary genres because I love songwriting and production that surprises me.

Where do you hope to be a year from now? Five years from now?

Ideally, in a year I’d love to be doing more of what I’m doing now: performing, writing, recording and teaching. I have so much more music to share and I hope to release an EP or maybe another full album in a year (if I can afford it!) as well as continue to collaborate with all the amazing artists I’ve met. In five years I really hope to be able to tour and have stable financial support for my music career.

Joe is a writer, a critic, a musical omnivore, a Long Islander, and a bundle of anxiety. He's dreamed of making a career as a writer since he was a child, which explains why he didn't dream of something a little more practical.
PrevPrevious18 Best Indie Music Blogs to Submit to in 2022
Next“Honeybee” by Adrift: Effervescent CoolNext