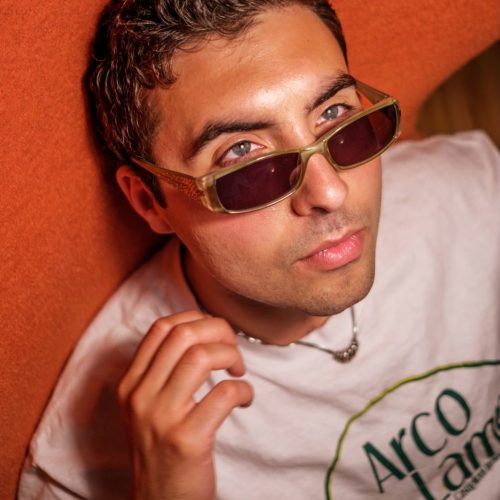 If you love the music of Marvin Gaye, Gorillaz frontman Damon Albarn, Smokey Robinson and other melodic masters, don’t miss Charles On TV’s latest music. He’s like all those artists rolled into one. Like those iconic predecessors, COT also writes great lyrics. You can get halfway into one of his hook-laden songs before realizing how great the words really are.

His new single “Another Reason Why” could have easily been a hit back in the Seventies in Smokey’s “Cruisin’” period. It was an era when pop music was smooth and inviting, yet often had strong social commentary (like many of the songs by Stevie Wonder and Marvin Gaye from that decade).

People are packing top NYC venues like Bowery Electric and Union Pool to catch this New York native in action. Whether you hear Charles On TV, Charles On Spotify or Charles Onstage, it’s an unforgettable experience.

Music reviewers overuse the word “silky smooth,” but “Another Reason Why” actually is silky smooth and sounds like a radio hit. Did you do all the backing vocals yourself or were others involved?

This was actually the first time I collaborated with another vocalist on a Charles On TV track–in this case, with the uber talented Jeremy Stern. In the past, I’ve doubled my own vocals or harmonized with myself, but there’s something extra special about layering two distinct voices; there’s textural depth there that I can’t always achieve singing solo. Producer Adam Krevlin insisted that we use two different mics for each vocal part which turned out to be the MOVE. It further solidified that textural depth we were going for and reminded me of why I now prefer writing and producing collaboratively. Put simply, multiple great minds are better than one. After adding mid-century instrumental components like vibraphones and trumpets played by Coulou, I’d like to think we reached this sweet spot in between contemporary indie pop and groovy, 1970s nostalgia–a silky smooth sound if you ask me.

How did you get the stage name “Charles On TV” versus “Charles On The Radio” or “Streaming Charles”? What’s the significance of TV?

Deciding on a stage name was daunting to say the least. It felt like I had to come up with a life-long identity in a matter of minutes. Am I a weird and witty name artist? Am I a first name-last name artist? What if I use a name that sounds like it’s a band but it’s just me? I didn’t know who the hell I was or wanted to be. But then came the idea of “Charles On TV”. It just stuck. I liked how it had nothing to do with music. It just felt like me. I honestly think the name has gained more meaning since I started playing shows last fall. On stage, I like to think I conjure a 1970s talk show host vibe. I try to bring that blazer-wearing, old time TV energy to every performance.

Your 2021 song “Strongman” has a great groove that reminds me of Prince protégé  Al B. Sure!, yet the lyrics have a real message. What’s the backstory on that song?

I wrote “Strongman” during bleak and uncertain times. In the air then: a new pandemic with no end in sight, an unapologetically fascist president in control, his coup, and more government gaslighting. On top of that, I was grappling with my own internal dilemmas–like, how can I credibly criticize ugly systems that benefit me? Internal dilemmas always call for songwriting. So I wrote a song about a crumbling world and its strongman politics from the perspective of an early-mid-20-something gay boy figuring out where the hell he stands in all of this. I was listening to a ton of Gorillaz, not just new stuff but songs from Plastic Beach, at the time of writing this song. There’s definitely some palpable Gorillaz influence in this track. It’s also funny you mention Prince. While I wasn’t directly inspired by Prince in the making of this song, I was obsessed with a photo taken of Prince in front of yellow, autumn trees at the time, which inspired a fall photo shoot I did for press upon releasing the song!

Your song “Lately” has a cool Gorillaz vibe. Have you been influenced by the Brit bands like Blur and Gorillaz in addition to Marvin Gaye and Earth Wind & Fire?

I’ve never listened to Blur but I’m going to check them out now! That’s a HUGE compliment that you can hear Gorillaz influence in my music. I’ve been a Gorillaz head for years and never get tired of Damon Albarn’s truly unique sound.

Your songs really work on two levels, like Marvin’s “What’s Going On?” — hypnotic grooves plus lyrics that really say something. How do you balance the two when you write?

Yet another insane compliment! I tend to write melodies before I even touch the lyrics. Sometimes I have a concept in mind–in the case of my new single, I wanted to write a personal but relatable track about that confusing gray area in friends-with-benefits relationships–but the actual words come later. Most often, the melody itself inspires the story I end up telling. I’d be open to songwriting in the reverse order some day but so far it’s been my instinct to start humming and run with it.

Larry McClain is a former ad agency blogger who writes for music and travel magazines in the US and UK.
PrevPreviousBilly Woodward’s The Boy from the Bay Is a Brilliant Modern Western
NextMost Memorable Song Midyear: talker’s “irl”Next