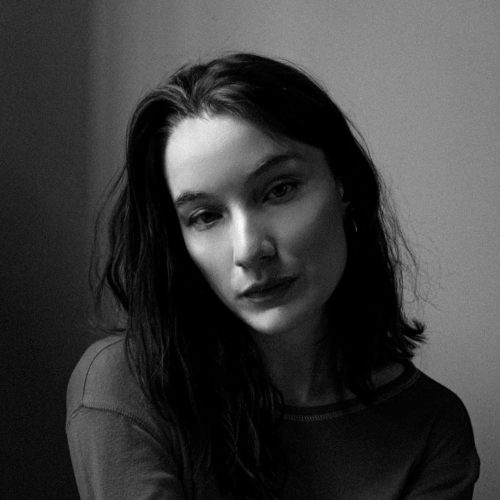 Publicists love to use the word “ethereal” to describe a client’s voice, but in the case of Crystal Rose, it’s absolutely accurate.

Her newest single, “Thought I’d Say,” sounds to my ears like Steely Dan-meets-Patti Austin – a sophisticated, smooth and hooky song with just a little hint of jazz. (Trivia note for music scholars: Patti Austin had many hits and was one of six backup singers on Steely Dan’s “Babylon Sisters”).

Crystal got a degree in jazz from NYC’s prestigious New School. Thanks to her musical training, Crystal’s songs glide effortlessly – and the singing takes you to paradise. She’s definitely a star on the rise.

Who plays that tasty guitar at the end of “Thought I’d Say”? It’s a beautiful conclusion to a beautiful song.

That’s Emi! He kills it – I’m glad you picked that out!

How did you meet Emi Trevena — and do you co-write most songs together?

Emi and I were roommates for a year during our time at the New School! We’ve always gotten along well – friend and music wise. I always felt a mutual respect between us, and he is super down to earth and kind. Emi, my partner Guy Paz, and I played together during various occasions, but what is fresh and rings important in my memory is when we played a few times at an NYC nursing home. We co-wrote all the songs on the upcoming EP Anew together, but that was our first time writing together! We definitely plan to do more in the future.

You earned a BFA in jazz from the New School. Who are some of your favorite jazz musicians (both all-time and currently)?

Yes! So I love vocalists, and people from the past and present who come to mind include Elis Regina, Milton Nascimento, Betty Carter, Billie Holiday, Charles Mingus, Thelonious Monk, Djavan, and so many more. I love musicians with roots in jazz such as Xenia Rubinos, Goodfight, Nick Hakim, Judette Elliston, Louisa Rosi, June McDoom, Sahara Grim. I have so many talented friends making jazz-related music that inspire me.

You have a wonderful, delicate vocal on a 38-second song called “Forms” from last year. What prompted you to include it on the album?

Wow, so fun that you picked this one out. “Forms” and “These Expressions” are snippets from an improvisational moment with drummer Guy Paz. I had a page of my thoughts that I really needed to work through, so I asked Guy if he would improvise with me. We set up two microphones in his Bushwick bedroom on a rainy summer day (you can hear the rain in the recording), and recorded our improvisation. This improvisation was contending with who I am culturally, ethnically, and socially, and how I fit into the larger conversation of these topics. As a half-Filipina woman with light skin and blue eyes, a first-generation American from my mom’s side, a daughter of a Vietnam war veteran, and someone who grew up with a bit of a housing problem, I feel like I have a lot to work through in general tbh! “Forms” was a cathartic processing for me.

Larry McClain is a former ad agency blogger who writes for music and travel magazines in the US and UK.
PrevPreviousWhy Does Music Exist? And Why Do We Love It So Much?
Next“August” by Michael B Thomas: A Song Good Enough to Make Humidity AppealingNext