Danie on “Summer,” Singing like Patsy, and Her New Brunswick Roots 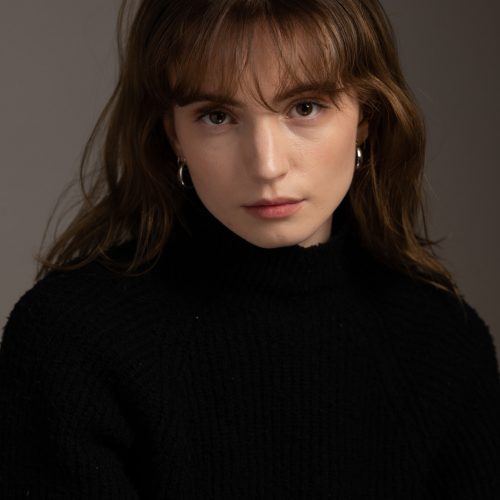 Many of the singers on TV shows like The Voice are desperately trying to sound like Whitney Houston or Mariah Carey, attempting trills and tremeloes to impress the judges. But in real life, we sometimes stumble on iconic voices that are absolutely stunning and original, no frills required. Singers like k.d. lang and Christine (from Christine and the Queens) are like that…and so is Canadian artist Danie. Her voice stops you dead in your tracks, and you can’t help but be spellbound.

Danie’s voice is reminiscent of all-time greats like Rita Coolidge, Bonnie Raitt and Tracy Chapman, but the sound is uniquely her own. Like a rare wine, you have to savor her voice, not make comparisons to other vintages.

Like many great pop songs from yesteryear, Danie’s “Summer” likens a fading romance to the inevitable changing of the seasons.

And fall turns into winter

You remind me of someone I don’t want to remember

Danie grew up in eastern Canada and now lives in Toronto. Although her sound is the polar opposite of Lady Gaga’s, the two have one thing in common: they have a dual love for music and acting. Danie recently was a cast member of the Netflix series Grand Army.

Put Danie’s “Summer” on your summer playlist, and let a musical siren put you under her spell.

“Summer” is a fabulous song. What’s the story behind that song?

I wrote “Summer” three years ago in the dead of winter ironically enough when I had just gotten out of my first relationship. I was going through the motions of heartbreak obviously, and was doing anything I could to distract myself. When I wrote “Summer,” I think it signified the end of an era for me in a way. It really helped me move on and gain the closure I needed. “Summer” is about the repetition of life but also the inevitability of change and the bitter-sweetness that comes with accepting that.

Your recordings beautifully frame your voice, which reminds me of some of the silky-smooth greats like Bonnie Raitt, Rita Coolidge and Tracy Chapman. Did you take a lot of voice lessons, or did it all come naturally?

It’s a mix of both. I developed technique and how to use your voice healthily from lessons throughout my childhood but I think my tone is something that came naturally.

What was it like growing up in beautiful New Brunswick province? Who were your favorite singers growing up?

So lucky I grew up where I did. I was always playing in the woods in my backyard or putting on concerts for my parents on my back deck. Honestly it was a dream and I’m so grateful I grew up with the support that I did.

I was obsessed with The Lawrence Welk Show as a kid (a musical variety show hosted by big band leader Lawrence Welk). I would dance and sing with them every Saturday night in front of the TV. As I got a little older, Leann Rimes, Patsy Cline, Aretha Franklin and Christina Aguilera became my top inspirations. “Crazy” by Patsy Cline was always my favorite song to sing.

You were a cast member of the Netflix series Grand Army. How do you balance your acting and music careers? Do you travel a lot between Toronto and acting meccas like L.A. and NYC?

So far, the juggle between acting and my music career has been fairly smooth. For acting, I’ve done mainly commercials or small parts, although landing a primary role at some point would be a dream and I would happily take on the juggle. With regards to travel between Toronto, LA, and NYC, my music and acting careers are in the infant stages and I haven’t had the privilege or opportunity to travel much, but I’m hoping someday my music will be the reason for travel.

Larry McClain is a former ad agency blogger who writes for music and travel magazines in the US and UK.
PrevPreviousBest Smart Links for Musicians in 2022
Next“Lately” by Eimhin: Well-Crafted Indie RockNext