Digging a Little Deeper: Noah Proudfoot and The Botanicals “Wild One” 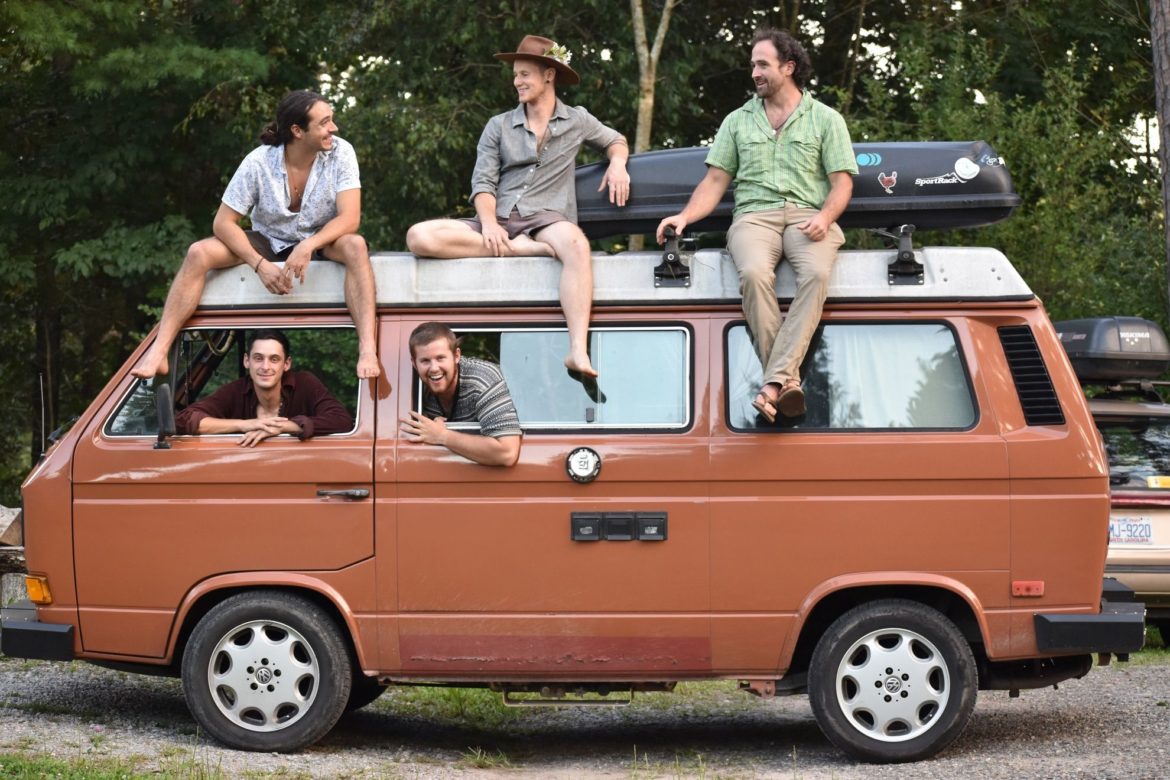 Forgive me for admitting this, but I’ve been a little bored by Indie rock lately. Though the women of indie have certainly been bringing their A-game, the genre doesn’t seem to be evolving at the same breakneck speed as rap, pop, or country. A lot of tracks that came out this month probably could have been released five years ago to the same effect. Indie music has always been a little insular by design. The effect of that culture is an abundance of similar-sounding bands all fronted by similar-looking guys.

Because of all that, stand-out indie tracks and lyrics feel few and far between. I love to see an act that takes a more unusual path. I don’t mind lyrics that are abstract or vague, or that ask a listener to do a bit of work. In fact, I might even prefer them. The lyrics on “Wild One” are unique, I don’t feel like I’ve heard them before (or like any other band could perform them just as easily).

“Dig a little deeper, and we might go far.

It’s the way its phrased and the words we say, pulling us close pushing us away.

Tread lightly brother and I too will try.

Every day we get a little bit nearer, feel my head getting clearer.”

“Wild One” pushes itself out of the realm of standard indie fare, but I’m not sure I’m entirely sold. I’m not a person who thinks art requires complete understanding, but I do think this song lacks an emotional entry point for a listener. Ironically, the lyrics deny any possibility of a deeper analysis. We have no way of knowing why the digging is crucial, or what it might bring. I can imagine these lyrics playing into a narrative about sobriety, a quest towards a common goal, or maybe the work it takes to repair a dysfunctional relationship between friends or siblings. However, the stakes of “digging deeper” are never revealed. Even after repeat listens, I couldn’t really decide how this song made me felt. That minor criticism aside, I will reiterate how exciting it is to see a band writing lyrics that seem fresh. It is infinitely more interesting to be puzzling over the implications of lines like, “Stirring up demons that were better off sleeping,” than it would be to yawn through another release.

Stirring up demons that were better off sleeping.

Sitting here sad with my eyes all a grieving.

Dig a little deeper, how do you feel?”

If I were to make an educated guess, I would bet that Noah Proudfoot and The Botanicals listened to a lot of jam bands while they were laying out this track. “Wild One” drips with the sounds of 70’s psychedelic guitar. The structure and production of the song also feel more like something out of that era. Most bands nowadays emphasize their lead singer above all else, but that isn’t the case on “Wild One.” The backing track is louder and more assertive than on a typical track, there are also a couple of long stretches without any vocals at all. I like that Noah Proudfoot and The Botanicals are playing with proportions. I think it makes “Wild One” that much more interesting.

Overall, I think this is a good track that fell just a bit short of great. The lyrics lack an anchor to the audience. Without that element, I found it a little difficult to engage with the story this song was trying to tell. Minor gripes about lyricism aside though, I’m happy to see something a little different emerging from the indie scene. I really liked the nostalgic vibe to this song, and that they centered the instrumentals as well as the vocals. People who like Steve Lacy, Tame Impala, or who wish indie was a little cooler should definitely check out “Wild One.”

To stay in the loop, visit www.noahproudfoot.com

Digging a Little Deeper: Noah Proudfoot and The Botanicals “Wild One” was last modified: September 30th, 2019 by Emily Greene

Boy Bjorn is “Always Searching” for Something New

Discussing the Aimless Angst of “Emiko” by Tom West

Come Rest in the Power of “Jacob...

What Should Be on an Indie Artist’s...

Anthony Alvarado – The Story of “Proper...

The Story Of El Campo’s “In Indian...

The Story Of Rosie Tucker’s “Lauren”

Calan Mai Hopes to Reunite with a...