Dorota Konchevska on “Gold Goes Out”, the Irish Music Scene, and Raising Morale in Troubled Times 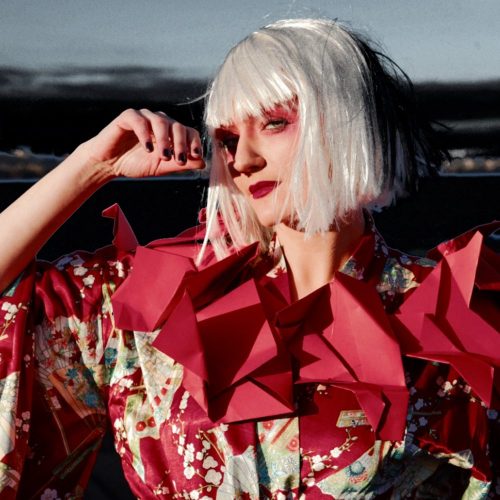 Writing about this track, I was reminded of this moment growing up: the scene is 2008, and I’m walking around Jacksonville’s Museum of Science and History. Between dimly lit exhibits and dioramas, I drift along. The whole time, I had this feeling that there was something impressive around me, but I just didn’t have the time to stop and appreciate it. It’s the feeling that there’s something just under casual examination. Dorota Konchevska, an artist born in Poland and currently located in Ireland, taps into something similar with “Gold Goes Out.”

As the track begins, we get this rolling percussion sting that transitions to a varied percussive suite. High hats, woodblock, and more traditional snares under beautiful vocals from Konchevska. Her harmonic work settles like a silken drape over clicks and snaps. While the vocal performance is quite impressive and wonderfully ethereal, it is still the percussive performance that steals the show for me. There’s this real feeling of each sting leading into another, for example: Early in the piece we get a jazzy triplet rhythm on a ringing cymbal. Filling in space between each set rhythm is a hollow bass, and then when you expect a return to that sharp, ringing sound, we’ve moved onto a tambourine in between those bass drum hits. The percussion is this revolving turntable of sounds and patterns, and absolutely steals the show in “Gold Goes Out”.

Alongside this is a twangy but refined guitar sound, tucked away between vocals and percussion. “Gold Goes Out” feels almost regal: it is cool and sharp, and listening it feels like a walk in a place of high regard. It is the kind of track that relies on its listener, placing a lot of emphasis on the audience focusing on the sound of the piece. I don’t think a casual listening experience would catch all the places where the percussion switches around, and the vocals blend in with the harmonic scatting, making the lyrics a bit hard to parse. However, I hardly think of this as a bad thing. It’s a rich experience, unfolding as you dig deeper into it.

How is the electronic scene in Ireland?

The Irish electronic music scene is incredible. It has its own life. With so much talent in this land, there are always new emerging talents blending fresh elements into the pot. There is so many influences that comes into play, whether it’s geographical, cultural, or musical.

A lot of artists in the industry have been left without clear paths for work or performance in the foreseeable future due to recent events, but if you are a true artist then you must keep creating, no matter what. I think that a lot of people finally started digging out some old unfinished projects and making more music, just because gigs were so rare.

Have you had any chances to return to live mixing?

The news about Putin’s invasion on Ukraine pretty much destroyed me. I got depressed and I did not want to play any live music or share any articles that came out about my release. I felt that I could not enjoy them, that I couldn’t enjoy anything when the bombs are flying over people’s heads in central Europe in 2022! I started getting depression. I couldn’t sleep

Then a friend of mine, an amazing drummer that I used to play jazz gigs with, organized a live gig for us in Lublin (Poland) and he told me something along the lines of: “look, you’re not doing anybody a favor by sitting in this depressive state and watching the news all day. We gotta come out and raise the mood. There will be people that will benefit from having at least two hours when we will help them forget about the war.”

And so we did. At first, I thought we would be playing for a bartender, but a big crowd came up and some people brought kids with them! We all agreed that, for the whole two hours of that gig, we were going to be present and enjoy the “now.” It will create a buffer for us that we need to stay mentally healthy in current times. It was brilliant. Our minds got rebooted. We made new friends…it was one of the best gigs I have ever played. I feel that we have raised the low vibes of that city.

How long were you shooting for the music video/visualizer for “Gold Goes Out”?

We were shooting it for a few days. I was actually the feeder this time – I was watching young talent on the job and just delivered pizzas and bananas. I had a good team of a young talent and they have worked together on a quite a lot of video projects, so it was all smooth.

You’ve said on your Bandcamp that you have other mixed-media ideas. Is there anything you can share with us about that?

Yes. The recent mixed media project I worked on was a beautiful social project. I was doing live electronic music for it, and it was a dance accessible project in Germany. Dancers with physical and mental disabilities worked with volunteers from the community; first they created their own masks, and then they worked with professional dancers and choreographers to create a show. It was brilliant. I would like to do more community-based projects like that in the future, and I love working with dancers and choreographers, especially contemporary ones. There is so much freedom of expression there. You can watch it here.

In what ways would you want to see artists exploring audio and visual mixed-media? Is it as simple as music videos, or do you have something bigger planned?

I like merging underwater dancing short videos with poetry and electronic music. I created a triptych like that and I’m looking for the opportunity to release it.

Are there any influences for “Gold Goes Out” and your other works that you’d like to share?

The ideas behind the single first took shape when I took refuge in the forest cottage at the beginning of the pandemic. Facing a world in disarray, I pondered on how to embrace change in a turbulent internal landscape. It’s about calling for reclaiming your connection with nature and the most fundamental vibrating note of all, which is love.

Next, I will be working on creating a single out of the material that I’m exploring here in my bedroom live. Here is one of those sessions that I did during the pandemic time. In that video I incorporated some shots of my fish tank, which was also very important during pandemic times. I had a piece of my beloved sea in my bedroom. 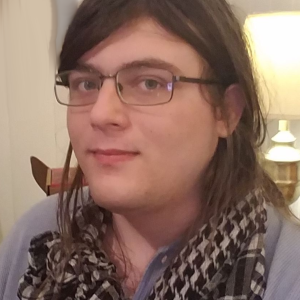 Dakota has been writing since she could type. She would have started when she picked up a pen, but nobody could read her handwriting.
PrevPreviousHalf-Shadow’s “Moonless (Unmoored)”: A Strange, Evocative Dream
NextThe Top 25 Music Blogs in 2022Next