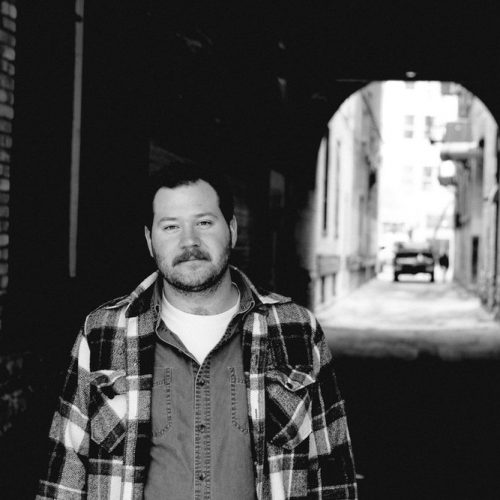 Imagine the final hour of your life. What would you want to have with you? How would you want to feel? What atmosphere would you like to cultivate? David James Allen attempts to answer these questions with his pensive new single, “In the Hour of My Life:” an optimistic and soul-healing take on meeting one’s end.

This track is the seventh out of ten songs being recorded, mixed, and released one month at a time in the buildup to Allen’s sophomore album, Radiations. However, despite Allen’s signature soulful vocals, “In the Hour of My Life” stands apart from its six counterparts. Each of the releases have rather distinct tones and their own place on the country-folk to soulful pop spectrum on which Allen operates, but “In the Hour of My Life,” feels like it’s own insular world. It’s an experimental delve into Allen’s psyche that examines what he finds most sacred in life.

Our first introduction to this world is by way of a carefully cultivated, primal dreamscape, complete with faint whistles and wind chimes. It’s altogether a stunning and ominous ambiance, that captures the feeling of reawakening or rejuvenation—fitting, since it appears as though this track chronicles Allen’s new sense of clarity surrounding the important facets of living.

We then descend further into this pivotal hour with an acoustic guitar that introduces Allen’s signature folk sound and finger plucked strings that ultimately culminate in a beautiful symphony at the chorus alongside Allen’s repeated “la da da’s” which dance carefree within this world.

However, these crescendos are intersected with brief moments of silence, giving listeners a chance to contemplate what’s most important in life along with Allen, as he muses on the subject with haunting, reverberated vocals. Yet in contrast to the heartfelt chill of his voice, Allen’s words carry a greater sense of optimism.

Make for a comfy tune

It appears that in reaching the hour of his life, Allen has reached a new level of clarity—a renewed understanding that general comfort and satisfaction with what one has is of utmost importance in the end. Taking a chance to sing and to celebrate are what we should prioritize. It’s the simple things in life that bring the most gratification.

I won’t beg for more

I’ll sing with you

I think this simplicity is one of this track’s charms. By wanting just a handful of intangible things in the hour of his life, Allen reinforces his idea that, in the end, life should be a jubilant celebration. And when the unadorned lyrics are contrasted with the busy background, the song’s meaning seems to become apparent: life isn’t about material possessions or superficial elements, but rather the beauty of the world you’ve cultivated around you. It is about creating a world in which you feel suspended between utmost happiness and contentment.

So even as Allen muses about his final hour—a topic that can easily meander into grim territories—I can’t help but feel a sense of serenity. There is an undeniable ethereal quality to the track, only emphasized as we come full circle with Allen back to the stunning heaven-esque ambiance of wind chimes and angelic vocals at the end of the track. With “In the Hour of My Life,” Allen compels listeners to also think about their final moments as a celebration of living and our own happiness. He pushes us to feel comfortable choosing contentment over possessions when finding a dreamscape to sink into for eternity—and that is something beautiful. 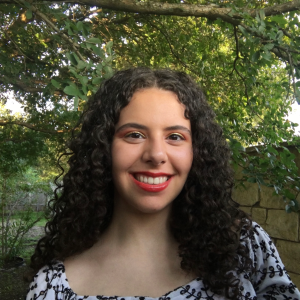 Olivia is a journalism and sociology student at Northwestern University with a passion for telling unique and earnest stories. She enjoys anything from bedroom indie-pop to Australian garage punk, but she’s most at home while listening to 60s classic rock. You can probably find her exploring the Austin or Chicago music scenes or curating a new playlist.
PrevPreviousHannah Lee Thompson on “Handsome Ugly”, Songwriting, and Building a Chicken Coop
NextMaddi Mae’s “Here Right Now” On the Power of LoveNext