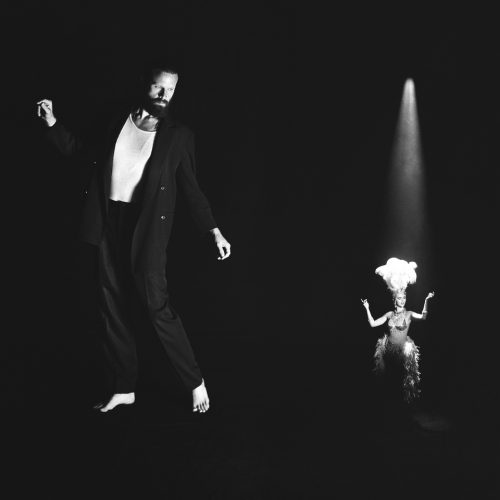 When Pitchfork listed Father John Misty’s “Bored in the USA” as the 84th best song of 2014, they made a prediction about the then-upcoming I Love You, Honeybear that serves as a neat summary of Josh Tillman’s career as a whole: “It will either profoundly move your soul or profoundly annoy the shit out of you.” Tillman has been courting that kind of reaction ever since his debut under the Father John Misty name, and more often than not he’s succeeded.

After a series of dry, somber indie folk albums under his own name followed by a stint in Fleet Foxes, Tillman reinvented himself as a wry balladeer in the Harry Nilsson/Randy Newman mold, cloaked with irony and nodding at his own absurdity every step of the way. His earnest tenor never falters, whether he’s singing about love, drugs, or the firing of James Comey in between bites of pizza. His songs would all fit nicely on a coffee shop playlist until he spits out a line like “why the long face, jerkoff?” His humor is bitter and self-aware: he’s the type of person to write a swooning, romantic-sounding song that’s a mean-spirited list of grievances about a one night stand, and then make a music video for it where he falls in love with himself.

This sort of irony can be alienating. No one likes knowing that they’re being manipulated, and it raises the question of whether Tillman is as self-aware as we give him credit for. Are his more ham-handed choices, like making an anti-technology synthpop song, knowingly obvious? Or did he think he was doing something fresh and new? How much of the sometimes-profound, sometimes-stupid Pure Comedy is supposed to be taken at face value? When he pedantically sneers about his date using the word “literally” wrong on “The Night Josh Tillman Came to Our Apartment,” did he expect us to sympathize with him?

“Funny Girl,” the lead single off his upcoming album Chloë and the Next 20th Century, seems at first glance like a continuation of the more sincere tone Tillman struck with 2018’s God’s Favorite Customer, with a musical lushness that surpasses even the florid arrangements on Honeybear. Here, he aims for a sweeping, stardust-sprinkled Old Hollywood sound, complete with flute curlicues and cute little pizzicatos. It’s gorgeous, and it’s quite fitting for the song’s narrative, an ode to a woman who happens to be a famous comedienne.

“Funny Girl” sounds like a love song, and for the most part it functions as one. Tillman’s narrator clearly holds a lot of affection for this woman, describing how she can captivate a room and make the whole audience love her: “you’re transformed into a five-foot Cleopatra.” While he isn’t with the titular funny girl just yet, he seems hopeful that it’ll happen for him, and that hopefulness is rather sweet. He even throws in a cute pickup line or two, acknowledging her busy schedule (filming a live action version of Cathy, in a genuinely funny detail) before asking “could you pencil in an industry outsider?”

The barbs are so subtle you might not even notice them on the first listen. The first thing Tillman’s narrator says about the object of his affection is that she “looks so unassuming,” and while he follows it up with praise for her talent he makes sure to bring up her diminutive height and, between the Cleopatra reference and the nod to Barbra Streisand in the song’s title, a veiled suggestion of a big nose. Right after that cute “industry outsider” line, the narrator needles her: “you’re young, but you’re not getting any younger.” It becomes clear that our funny girl is at best indifferent to our narrator, and may not even know who he is at all. Notting Hill, this ain’t.

“Funny Girl” is a heartening first single, showing Tillman’s mastery of melody and lyricism, functioning as both a love song and a send-up of love songs. The queasiness that a song like “The Night Josh Tillman…” brought on isn’t present here, and depending on your stomach for acidity that might disappoint you. But in terms of focus and intent, he’s at his peak: here, the joke is clearly on his narrator, and it functions exactly as it’s supposed to.

Joe is a writer, a critic, a musical omnivore, a Long Islander, and a bundle of anxiety. He's dreamed of making a career as a writer since he was a child, which explains why he didn't dream of something a little more practical.
PrevPreviousThe 13 Best Indie Music Promotion Services That Are Worth It
Next“Touchstarved” by SugarSeaFoam Grapples with Deep Self-LoathingNext