Fauness Laments the Death of “Mystery” on a Powerful New Album 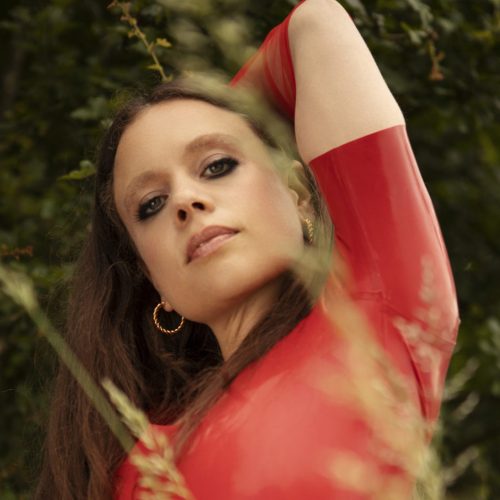 Like her musical idols Judie Tzuke and Valerie Carter, UK artist Fauness is a consummate artist – a mesmerizing singer who tackles serious themes in a way that’s wonderfully soulful and engaging. Her new single “Mystery” is not about Agatha Christie. The song explores how mystery itself is ebbing away in the digital age – and it gives you plenty to ponder while shaking your tambourine.

Thanks to the skillful production work of Jam City (Jack Latham), Fauness’ songs have a hypnotic-yet-danceable groove reminiscent of ’80s groups like The Bangles, The Go-Go’s and Strawberry Switchblade. But by the time you reach the chorus of “Mystery,” Fauness transcends everything those bands accomplished.

Because Fauness draws from the deep well of mythology, her songs have a timeless allure. All the songs on her new album The Golden Ass – and also last year’s single “Dragonfly” – connect with something much more profound than the boyfriend/breakup songs that clutter the airwaves.

When you stream the new album, you’ll soon be fawning over Fauness. She’s graced us with one of the best records of the year.

How long did you live in New England in the U.S.?

From the age of 2, when my family first moved to the US, I lived between Connecticut and London, constantly going back and forth between the two, often spending time in New York City and Northern California as well, where my parents worked and knew people. My going back and forth essentially lasted until the pandemic when I was forced to give up my US green card. To be honest, after a life of moving between worlds and never really being settled, losing my official connection to America felt like a huge relief. I wasn’t expecting it to but it did. Yet I continue to live a somewhat nomadic life, going from place to place depending on the time of year and what I’m working on. I’ve never really had a refined sense of where “home” is. That’s why I need to express myself artistically, otherwise I feel that I don’t know where I belong.

In addition to Valerie Carter and Strawberry Switchblade, were you influenced by ’80s bands like The Bangles, The Go-Go’s, etc.? Your song “Dragonfly” would have been a huge hit in that era.

I was listening to Strawberry Switchblade around the time of my first EP. Jam City, who works with me on the music, loves The Bangles and The Go-Go’s, and was the first to introduce me to that kind of thing, along with the Cocteau Twins and shoegaze-y stuff. I’d say that my enduring inspirations were made slightly earlier on; I love Judie Tzuke, for example, who made at least two completely perfect albums (Welcome to the Cruise, 1979 and I Am the Phoenix, 1981). Similar to Valerie Carter’s second solo album (Wild Child, 1978) these are pop records made with jazz session musicians, which, back then at least, seemed to be a winning formula. The complexity of the music is masked by very up-front emotion and melodies that come directly from the heart rather than the mind. That’s why I wanted to incorporate live drums and more live instrumentation in general onto my album – to give it that tactile depth that I began to hear after I listened to my favorite older records hundreds of times, trying to find their secrets.

Larry McClain is a former ad agency blogger who writes for music and travel magazines in the US and UK.
PrevPreviousSamantha Margret on “Rage,” Stylistic Evolution, and the Lure of Broadway
NextThe Top 5 Music Submission Sites in 2022Next