Gal Musette on “Honeymoon,” Her New Album, and Romantic Realism 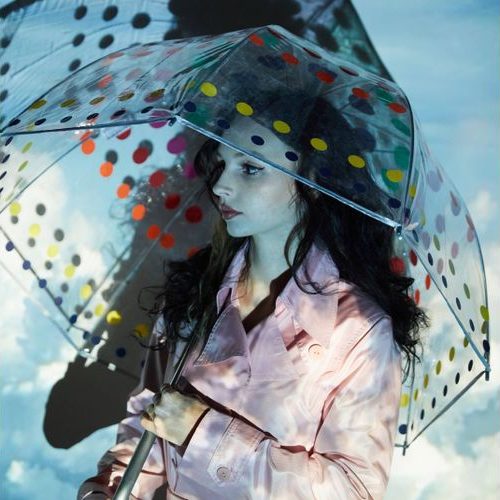 The sounds of dream pop are usually used to convey a sort of blissful, starry-eyed romanticism–think Mazzy Star’s “Fade Into You,” Cocteau Twins’ “Heaven or Las Vegas,” or the Cure’s “Just Like Heaven,” an important forerunner of the dream pop sound. Gal Musette, also known as the California-based singer-songwriter Grace Freeman, has steeped herself in dream pop ever since she started writing music at ten years old. On her recent “Honeymoon,” however, she’s using the typically lush sounds of the genre to different ends.

“Honeymoon” is a little more restrained and folk-inflected than most dream pop, but the  hallmarks are still there: lovely vocals, spun-sugar harmonies, a golden hour glow around everything. More unusual is the fact that this is a lyrics-forward song; not only that, but the lyrics illustrate a sense of ambiguity about a struggling relationship. Not a doomed relationship, mind you, but a struggling one. It’s clear that Musette has fond feelings for the person she’s addressing, but there’s always dust kicking up, always “jagged shadows” forming. Even when she’s showing affection, it sounds a little distant: she compares their love to “a machine with new extensions,” which isn’t a phrase you’ll often see in wedding vows.

“Honeymoon” is a smartly written, beautifully crafted indie song, with pleasant folk influences and enough dreaminess to remind you that in order to work, relationships need more than just a dream.

What was the story behind the writing of “Honeymoon?” Was there anything in real life that inspired it?

I was inspired to write this song after a long writer’s block where I felt stifled creatively because normally I wrote about heartbreak and pain, and I was in a healthy relationship for the first time. Honeymoon started as a love song, which it is, but some of my own conflict revealed itself as I continued writing the words. This song is about realizing that my idealized romances were not based on reality. It’s beautiful and hard to accept someone for who they really are, not who you expected or wanted them to be.

What do you think draws you to this dreamy, art-pop sound?

The Cure and Cocteau Twins are two of my favorite dreamy groups from the 80s, which could have been a subconscious influence, but much of the credit (on the production side of things) is owed to my producer Jon O’Brien. Before he started producing it with me last summer, I had been playing it in a singer-songwriter/folky style- just me and my guitar. He added the strings, the drums, the reverb, and synths to create a dreamier texture for the tune.

Can you tell us more about the album this song comes from?

Backwards Lullaby is the title of the upcoming record “Honeymoon” will be included in. A big theme this album carries throughout is “things are not as they seem.” It’s about imaginary friends, epiphanies, facades, smoke and mirrors, idealized love…I was younger when I wrote most of these songs, and you can tell I was quite the hopeless romantic at the time.

What do you think is the most important line in this song?

Probably this one: “Look in my eye/now that the honeymoon is over/I can see clear as day.”

What are your ambitions going forward?

I’d love to get on the road now that touring seems possible, do some co-writing/collaborations, and am excited to have just booked dates in October to start Album #2!

Joe is a writer, a critic, a musical omnivore, a Long Islander, and a bundle of anxiety. He's dreamed of making a career as a writer since he was a child, which explains why he didn't dream of something a little more practical.
PrevPrevious“Breathe” by Paponeireau: A Gentle Reminder to Find Peace
Next“Shady Lane” by the Masterminds: A DIY Indie TuneNext