Hallie on “Do It,” Brisbane, and Exploring New Crushes 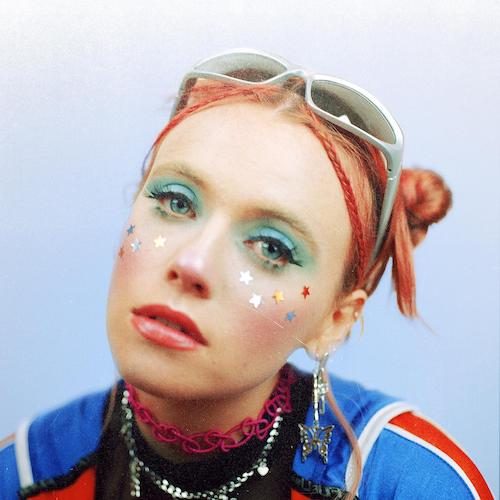 Australian artist Hallie’s new single “Do It” has the potential to be a Top 10 not just Down Under but in the U.S., UK and elsewhere. For starters, Hallie’s voice combines the intimacy of Tate McRae with the emotion of Y2K’s best belters. Plus the guitar work on “Do It” is a power-pop delight.

“I wrote “Do It” about trying to get into the swing of dating again and the child-like nerves of flirting,” says Hallie. “I was experiencing loneliness while simultaneously wanting to explore my sexuality and make new connections. I find that stage just as exciting as it is scary and confronting and this song is me being honest with how I was feeling and giving myself a push toward exploring those crushes.”

Hallie’s home base is Brisbane, Australia, the capital of Queensland and a city with roughly the same population as Chicago. The Brit-born Bee Gees grew up in a Brisbane suburb, but other Australian cities have given us more pop stars: Sydney (AC/DC), Melbourne (Kylie Minogue) and Perth (Tame Impala). Hallie’s rapid rise is proving that the city still has a vibrant music scene.

In addition to their vocal skills, Hallie is a masterful lyricist (as demonstrated on the 2021 song “Babysitter” that earned a nomination at the Queensland Music Awards earlier this year).

“Do It” is one of my five favorite songs of the year. It’s a triumph for both Hallie and their hometown.

You grew up in “Brissy” (Brisbane, Australia). What was the best thing about growing up there…and is it still your home base?

I am still in Meanjin/Brissy, yes! I love it because I am a big summer person and love a good sweaty day in Queensland! I also love it because the music community here is so inclusive and supportive and the crowds are always so attentive and full of energy.

Your new song “Do It” is terrific, both lyrically and musically. What was it like co-writing with Oscar Sharah?

Writing this with Oscar was the best. He is crazy talented! I have never worked with someone who understands my vision so much and makes me feel so seen creatively. We actually wrote this over Zoom whilst I was quarantining with Covid-19. I had such low energy that writing this felt like a stream of consciousness and I think that made this song so much more authentic and real.

The guitar playing on “Do It” really drives the song along nicely, like early 2000s Liz Phair. Who played guitar on the song?

Oscar put the guitars down for this one! Glad it feels like it’s in that 2000’s world; When we started writing/producing together, we would listen to early 2000’s rock and pop and I feel like that fueled a lot of the music we made together. There was a lot of focus on capturing that nostalgic feeling, especially in the guitar work matched with the pop melodies.

You’re an accomplished lyricist, and one of my favorites is “Babysitter.” Who were some of the lyricists who influenced you growing up?

Thank you!! The “Babysitter” lyrics are some of my favorites I’ve written for sure. Growing up, especially in my tween years, I listened to A LOT of Taylor Swift – like, a lot. I also grew up listening to Joni Mitchell, James Taylor, Carly Simon – lots of storytellers! As I got a bit older, I ventured into Veronicas and Avril Lavigne and was a sucker for an angsty, emotional headbanger. “Babysitter” felt like I really connected these two worlds together. I wanted to tell my story and make people feel angsty at the same time!

When you go for the kiss at the end of “Do It,” you’re not alone this summer. Rina Sawayama and Hayley Kiyoko and others are doing the same. What does it feel like, now that queer love songs are fully accepted and embraced by listeners around the world?

It’s incredible! It’s amazing to be seeing so much representation everywhere over the last few years. I just think of the kids in high school seeing this so normalized and it makes me so happy. “Do It” is about jumping into that dating scene, but also about the fear of doing it as a pansexual person and how exploring my sexuality felt daunting and imposter-like. To be able to show that authentically in the “Do It” video feels really freeing!

Larry McClain is a former ad agency blogger who writes for music and travel magazines in the US and UK.
PrevPreviousMayzie on “Party,” Their Sound, and Their Name
Next“Sweeps” by John Hollywood: A Strung-Out, Alt-Folk Zombie ShuffleNext