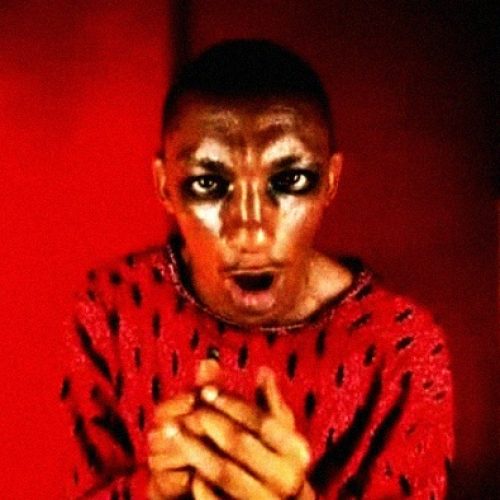 Bristol, England’s Knowle West estates could not be further departed from the serene tranquility of nearby Somerset.

While geographically close, they are two worlds that meet at exactly zero points. Knowle West is an inner city project where theft, violent crime, prison time, and very little opportunity are THE realities of life for generations. Conversely, Somerset is the quintessential, postcard version of England, where nothing other than a flat tire or an errant horse on the road should negatively impact one’s day.

Equally juxtaposed is Somerset’s 19-year-old Martina Topley-Bird’s worldview and experience when weighed against that of Adrian Thaw, A.K.A. Tricky.

It’s 1994, and Tricky has just left Bristol’s genre-bending, meteoric duo Massive Attack. Upon recognizing the tethers that accompany critical and commercial success, Tricky finds the writing, rehearsing, recording sessions, and touring to be a bit too close to a 9-5 job. As their debut album turns the music world on its head, Tricky decides to head for the exit.

One day, while at home working on new material and an incredibly dangerous supply of hard drugs, Tricky hears something – someone – outside his apartment. He peers out the window, cautiously, to see a schoolgirl perched on a ledge singing with some friends.

Following a brief introduction, concluding in an agreement to explore what textures she might add to Tricky’s hardened, brutal, and downright scary lyrics, Topley-Bird’s ever-present inclusion on the upcoming album is swiftly deemed crucial.

“Hell is Round the Corner,” a gritty, spoken-lyric guide to Tricky’s life in the streets of Knowle West, explores with raw honesty the hand-to-mouth existence of his life, and that of everyone he knows. The ceiling hangs low and damp, save for the cracks of light that Topley-Bird vocally drills through it, offering both reprieve from the darkness and crisp, Autumn pockets of fresh air at the moments when despair seems destined to consume. Only a voice as angelic as Martina Topley-Bird can shine light and hope upon the ominous chorus:

Hell’s around the corner where I shelter

Let me take you down the corridors of my life

While leaning respectfully on samples of fellow Bristolians Portishead’s “Glory Box” and Isaac Hayes’ “Ike’s Rap II,” Tricky masterfully walks the listener through his suffocating turf. With the vividity of a film noir, he warns:

We’re hungry, beware of our appetite

Distant drums bring the news of a kill tonight

We take our fill

Tricky, and his debut album Maxinquaye, do precisely that. His fill includes a nomination for the Mercury Prize, which celebrates the most outstanding British album of 1995, and Maxinquaye is heralded as the best album of 1995 by many publications including NME, Melody Maker, and The Wire. After callously guiding us through the twisted, tormented path of both his mind and his neighborhood, Tricky daringly carves his name into the walls of music history.

A Canadian music lover, Iconic Photograph Specialist, and multi-instrumentalist, Jeff Wood currently splits his years between Canada and the Mayan Riviera. With a post-secondary focus on English and Modern Philosophy, he holds hope that one day artistic integrity will trump commercial viability within the popular music industry.
PrevPreviousThe A.M.s Stay Up All Night On “Ignite the Sky”
NextThe Infectious Groove of Bedouin Soundclash and The Skints’ “Shine On”Next