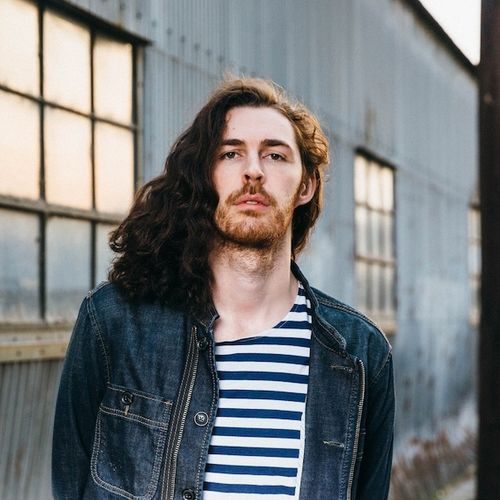 It’s February 14, 2016, and millions of people worldwide are waking with typical expectations that Valentine’s Day has implanted within most in the Western world; some will expect gifts. Some will expect acts of revelatory romanticism. Most will hope – perhaps fantastically – to be surprised by somebody in some movie-worthy capacity.

For fans of Hozier, who only 48 hours ago released his new single “Cherry Wine,” surprise arrives in the sobering, gut-churning form of a tenderly-haunting video. Directed by Dearbhla Walsh and starring Saoirse Ronan along with fellow Irish actor Moe Dunford, the video serves as the obverse (lyrically-speaking) to the narrative of the song.

“Cherry Wine,” featured on Hozier’s self-titled 2014 debut LP (Rubyworks Records/Island Records,) at once tiptoes and stomps upon the subject of domestic violence and the psychological implications – from the perspective of a male victim. Recorded live off the floor at dawn on the rooftop of an abandoned hotel, “Cherry Wine” is an intimate study of contrast and duality.

The opening notes evoke a sense of featherweight optimism. Faint songs of waking birds (a happy accident owing to recording live outdoors) instinctually tell of a new day; of celebrating life and all the possibilities within it.

There is, however, nothing to celebrate in either the song or the video.

The opening lyrics escape and stretch across the listener with an immediate sense of exhaustion, delivering at once the cyclical torment of defending and denouncing the nuanced behaviors of an aggressor in an abusive relationship. Her eyes and words are so icy, oh but she burns like rum on a fire.

For centuries, drama within the arts has been marked by ‘the two masks’ known as Thalia (comedy) and Melpomene (tragedy.)

Originating in Greek theater, the comedic actor would be adorned with high socks while the less-fortunate tragic character would wear thinly-laced shoes known as buskins. In “Cherry Wine,” we have the displeasure of experiencing both roles tangled within and pouring out of one character.

As the character oscillates between acknowledging his eggshell-laden life, admitting I walk my days on a wire, he offers defeated and half-hearted assurances that it looks ugly, but it’s clean, before dismissing parental concern with a simple oh mama, don’t fuss over me.

The video – on an accessible level – clearly continues the exploration of duality. Scenes of late-night post-dinner party lightheartedness unfold in a living room, including Dunford caringly removing Ronan’s ‘buskins,’ which in this case are thin-strapped, skin-colored heels. A subtle cue but likely an intentional and thoughtful nod to the tragic character she embodies. Laughter, wine, and long, after-midnight gazes abound.

Interspersed with this scene of tender partnership is Ronan, seated alone at her dressing table, slowly and pensively removing her makeup. Her mask. What she reveals is truth in the form of facial and arm bruises. As her partner enters the room, he intuitively and introspectively shifts her bangs to cover that part of her which neither partner feels ready to face. Once she again finds herself in solitude she commits her only act of defiance, removing the veil of hair and exposing her swollen and painful secret.

The only glimmer of hope within this beautifully bleak song (and video) rests on Hozier himself. He was 24 years old when the song was released and 23 when it was composed. In an act of solidarity and humility, he agreed to release the single on one condition – that all proceeds from downloads be handed over to various organizations that provide support to domestic violence victims. 23 charities in 23 countries. Not bad for a 23-year-old.

If you or someone you know experiences domestic violence, visit www.hozier.com/cherrywine/ to locate help in your country.

A Canadian music lover, Iconic Photograph Specialist, and multi-instrumentalist, Jeff Wood currently splits his years between Canada and the Mayan Riviera. With a post-secondary focus on English and Modern Philosophy, he holds hope that one day artistic integrity will trump commercial viability within the popular music industry.
PrevPreviousWhat the Fragmentation of Pop Culture Means for Artists
NextBilly Woodward’s The Boy from the Bay Is a Brilliant Modern WesternNext