Isabel Bailey on her “Favorite Color in the Summer” 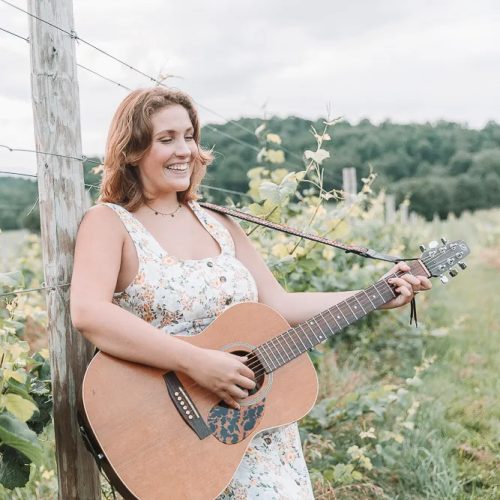 It was almost still summer when I saw the Isabel Bailey Band for the first time, performing at WTJU’s Offbeat Roadhouse.

I was standing behind a camera to the side of the stage, but I was also swimming in the moonlight Piney River, then splashing through gutter puddles in bright rainboots. What I mean is I was inside the songs – swept into technicolor, as if the music were an Oz-bound tornado.

There are a lot of places you can stand, when you’re telling a story. Consider “Pancho and Lefty,” narrated by a bodiless voice who knows the story without being a part of it. Think about the old woman in “Angel From Montgomery” who sings about her life with no one listening but the flies in her kitchen. Most of Isabel Bailey’s lyrics take the form of direct speech from one character to another. Listening to her songs is like overhearing a story as it happens, from the inside.

One golden almost-October afternoon, I asked Bailey why she chooses this intimate, internal perspective for her storytelling. She explained that it’s a result of the way she engages with stories; she feels them more strongly than she sees or hears them.

“I am a very kinesthetic person, so everything to me is rooted somehow in feelings or emotions, and that can get super internal. I think the songs I write that are the most organically written end up in that perspective. “Always” and “Favorite Color” are some of the most close-to-me songs… they were written from a very internal place, for sure. And both were written as love songs.”

A song so anchored in an internal perspective, sung to someone within the story, risks feeling closed. But I feel welcomed by this song; it makes a place for me. Some of the welcome comes from the instrumental arrangement (the brilliance of which Bailey credits to producer Elie Bashkow.)

“So light on my feet, I might even be dreaming” Bailey sings, amid buoyant droplets of keyboard melody and waves of pedal steel. The character feels the dreamy levitation of a summer love; the listener feels the dreamy levitation of the sound. In this way Bailey lets the listener “feel like the “I” in the song, and feel like they can take ownership of it, even, and say, ‘Oh my gosh, this exactly how I feel about my loved one, thank you for saying it for me.'”

Later, she told me that her overarching musical ambition is to give people a lightning strike of delight that will drive them in the direction of their own dreams.

“That’s why I feel so empowered onstage, and why I feel like it’s so important to be vulnerable and not put on a show, a fake performance, because I want people to be able to look at me, feel the passion I’m giving out, and then in turn feel equally as passionate, equally as inspired, about whatever it is in life that they may want to pursue.”

Keep listening; the Isabel Bailey Band has new songs coming out very soon. If you’re in Central Virginia, you might have the delight of watching them live. And here’s the WTJU show where I had that delight: 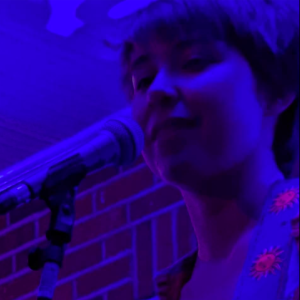 Allison Kinney studied poetry at the University of Virginia. Their studies continue in rocking chairs, railroad bridges, and other places of poetic pondering.
PrevPreviousJeff Buckley Forewarns and Foreshadows on “Dream Brother”
Next3 Ways to Find Spotify Playlist CuratorsNext