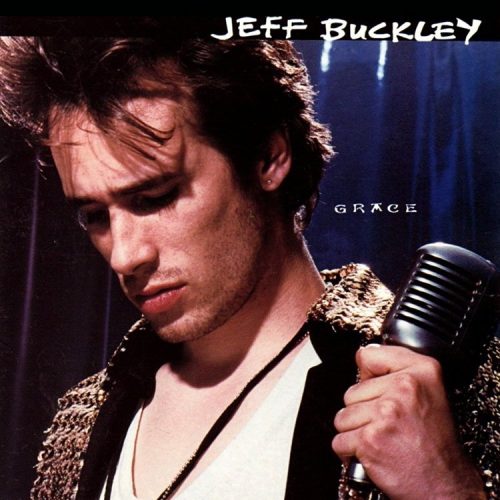 If you are unaware of Jeff Buckley or the unprecedented footprint he left on the music industry with the release of one album, then read about your favorite artist’s influences.

Chances are his name will pop up without delay.

1994’s Grace garnered instant fandom among cultural titans. Led Zeppelin’s Jimmy Page cried upon meeting Buckley after attending one of his concerts in Australia. Radiohead saw him on the same tour. Following the concert, Thom Yorke went straight to the studio and recorded the vocals to “Fake Plastic Trees,” before melting into a puddle of tears. Brad Pitt features in a documentary about the gravity of Buckley’s single LP.

If one had a million dollars to spare, it would be a safe wager to someone who could locate a review in which critical praise does not dominate.

Closing the 10-song juggernaut that is Grace is perhaps Buckley’s most interesting offering. On an album featuring seven otherworldly original tracks and three monumental covers (including the best rendition of Cohen’s “Hallelujah” and “Lilac Wine”,) lies “Dream Brother.”

Learning of Dowd’s rock-and-roll lifestyle and the toll it is taking on his doting, loving fiance and soon-to-be-born child, Buckley uses song as an attempt to raise the alarm bell. Rife with comparisons to the similar damage done by Buckley’s own father, renowned folk singer Tim Buckley, “Dream Brother” warns:

Don’t be like the one who left behind his name
Cause they’re waiting for you, like I’ve waited for mine
And nobody ever came

The notion that an artist such as Buckley – seemingly caressed by the hand of whatever creator you accept – would dedicate valued album space to such a noble gesture as pleading for a friend to not take irreparable missteps, speaks volumes regarding the character that is often hidden behind a veil of soft-spoken interviews, media aversion, and a bottomless cauldron of artistic ability. Although Grace is his debut album, his weekly afternoon lower Manhattan coffee house slots were filled with major label execs, limousines outside, and clear-as-day indicators of industry triumph just around the bend.

Buckley will move to Memphis after the release of Grace. He wants peace. He rents a small, unassuming house on an unassuming street. One evening while two friends are visiting, a wholesome evening plan is hatched. One friend will go to the airport to pick up a visitor, while Buckley and another friend will go for a swim in a tributary off of the Mississippi.

With Led Zeppelin’s “Whole Lotta Love” playing on the portable CD player, Buckley will wade into the water, escaping the early summer Tennessee heat, while his friend moves the music box away from the shoreline. As he turns away to do so, he unknowingly catches the last glimpse of Jeff Buckley alive.

His body will be found a week later, floating downstream, with no drugs or alcohol in his system.

Asleep in the sand with the ocean washing over

Adding this chilling fact to Buckley’s timeless masterpiece renders his legend otherworldly and is likely to continue to inspire awe among musicians and music fans for decades to come.

A Canadian music lover, Iconic Photograph Specialist, and multi-instrumentalist, Jeff Wood currently splits his years between Canada and the Mayan Riviera. With a post-secondary focus on English and Modern Philosophy, he holds hope that one day artistic integrity will trump commercial viability within the popular music industry.
PrevPreviousReflections on My First Year Working Full-Time on Two Story
NextIsabel Bailey on her “Favorite Color in the Summer”Next