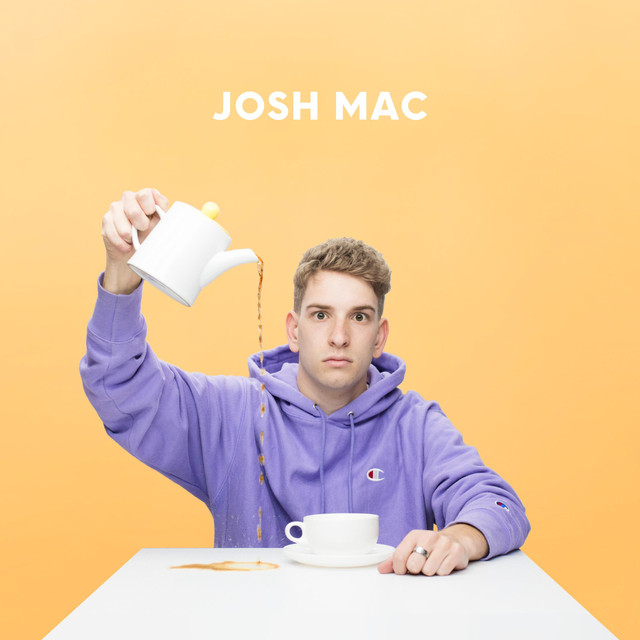 An expressive ode to the fatigue of a failed relationship, Josh Mac hits the nail on the head with “tired”.

For being so young, only 19 years old, just finishing high school in 2016, how can this kid so perfectly capture the emotional exhaustion that comes with a love gone sour while simultaneously longing for someone new?

Finding a bio or some sort of background on Josh Mac was difficult. He’s on platforms like Soundcloud and Spotify, but I wanted to find out who he really is, so I had do a lot of digging around the internet until I came across an interview he did last year with his first release. I learned that Mac has been writing music and singing since he was eleven years old. He writes from his emotions and experiences so, clearly the words in ”tired” are written from the heart and it shows. Admitting a need to take it slow and acknowledging

at least I had the confidence to pick you up

Mac is perfectly illustrating his insecurities with thoughtfully crafted lyrics that are relatable to anyone who’s ever been hesitant to move on after a heartbreak.

“tired” is flawlessly simple with very little instrumentals behind Mac’s crystal-clear voice; a common trend in his music perhaps to purposefully highlight his fresh, crisp vocals that are bound to send teenie-boppers into a swoon. (It certainly made this woman feel like a girl again.) With little distraction from background instrumentals, you can get a true understanding of Mac’s talent, not only as a songwriter but as a skilled vocalist. The harmonies, laid down in multiple tracks, only further showcase his singing abilities.

The song is mellow and delicate, paralleled with Mac’s emotions expressed in the words he sings. I listened to it on repeat for a lengthy amount of time and with each listen, I became more empathetic to what Mac is feeling behind the song and loved the simplicity in the music backing up the lyrics.

Curiosity got the best of me, so I explored Josh Mac’s repertoire and was not disappointed. He sticks with a consistent formula, speaking from the heart and using minimal supporting instrumentals. Mac borrows influence from Bieber but manages to keep his style original and avoids sounding like a commercialized copy-cat. “tired” leaves you feeling anything but and left me personally wanting to hear more.

Angel is a hairdresser, freelance music journalist, and lover of all things rock and roll. From the Pittsburgh, PA region where there is an incredible crop of local musicians on the rise, she aims to expose and promote them through her writing.

The Story of At Mission Dolores’ “Before...