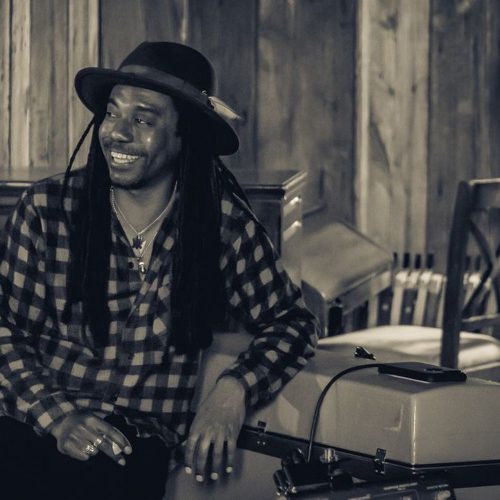 Julian Taylor, a Canadian singer-songwriter who’s been performing in some capacity for two decades, has the kind of voice that lends gravitas to any occasion. His voice is a rich, oaken baritone that evinces a quiet sort of masculinity; listening to it, you get the inexplicable feeling that its owner knows a lot about woodworking. Taylor’s voice, as well as his warm, unhurried strain of alt-country, is similar to Bill Callahan’s, but Taylor’s songwriting is less psychedelic and more straightforward. It’s the sound of someone who patiently honed his craft as though he was whittling a stick, quietly working until he was satisfied with its shape.

“The Ridge”, one of Taylor’s most recent songs, is a story song of sorts, with its narrator reminiscing about his memories of childhood growing up on a farm in rural Canada. He fondly recalls how his mother taught him how to ride horses, and how he and his sister would catch frogs in a nearby pond. The details are specific and lived-in without feeling self-consciously writerly. We learn where the narrator took his first steps (in the kitchen) and the name of his favorite horse (Frostie), but it all serves the purpose of the song: in some way, it matters that a cow named Sherri gave birth to a calf named Zareef, even if we can’t explain the significance.

Of course, nothing lasts forever: not childhood, not farms, not horses named Frostie. Taylor ends each verse by mentioning that, eventually, the farm that he called home was sold, and his family had to move on. He doesn’t explain where they moved to, or what happened when they did, but even if things went as well as possible it wouldn’t take away the bittersweet sting of walking away from your childhood home. Almost nothing stays the same.

But some things never change. The titular ridge, the area where the narrator lived, is still there, and the wind still blows. “There’s a westbound wind going through the ridge again,” Taylor sings. “You can stay in or go outside, and wait for it to die/But either way, it never ends.” Those last three words, “it never ends”, repeat at the end of the song, leaving us with “The Ridge”’s parting message. Some things are permanent and unavoidable: you will lose the things you love as life goes on. But there are some things that are bigger than we are, and they’re permanent, too. You have to adapt to it and learn to appreciate the good memories that come.

“The Ridge” is not sappy or maudlin. Its details are grounded in the reality of farm life, and the eventual selling of the farm is treated as an inevitability more than a tragedy. There’s a fatalistic streak to the song, a sense that this was always going to happen and that there was nothing anyone could do to stop it. But those childhood memories still happened, and in some ways they’re as permanent as the wind through the wilderness.

Joe is a writer, a critic, a musical omnivore, a Long Islander, and a bundle of anxiety. He's dreamed of making a career as a writer since he was a child, which explains why he didn't dream of something a little more practical.
PrevPreviousNotelle on “Alive”, Her Influences, and Nashville
Next“Rose Gold” by Emily Merrell: A Luxurious Breath of Fresh AirNext