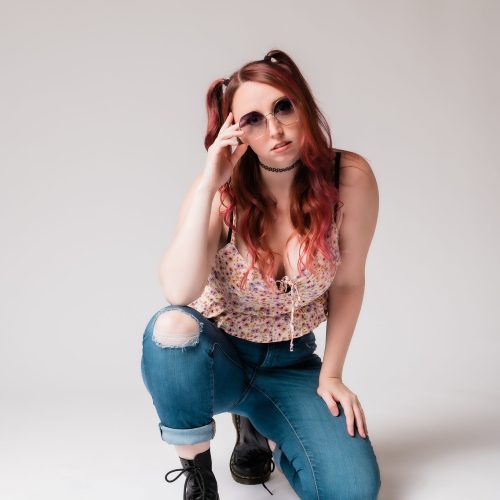 You don’t hear many nostalgic songs about the good ol’ days of 2009 – mainly because America was suffering the pain of the Great Recession that year. But for high schooler Lainey Dionne, it was a magical time.

When the most stressful Monday was hanging out on the couch

With our Game Boys and screen names

Now 9 to 5’s ruin our lives, we’re running behind

Dionne’s home base is Providence, Rhode Island. Last year, she was hailed as the Taylor Swift of New England when she received five nominations at the New England Music Awards, including Song of the Year and Female Performer of the Year.

Lainey’s song “Skin” has also garnered numerous awards, and it’s one of my favorite songs of the 2020s.

New England has given us musical greats ranging from Aerosmith and Boston to Donna Summer and James Taylor. The newest New Englander to watch is the mega-talented Lainey Dionne.

What prompted the wistful look back at the year 2009 in your new song? Does that year seem like nirvana compared to what we’ve experienced in the 2020s (COVID, Roe v Wade repeal, mass shootings)?

2009 was my freshman year of high school, and let me tell you – I didn’t relish it as much as I should have! This song is the anthem for “we grow up too fast.” When I was a teen, all I wanted to do was be an adult and be taken seriously. Now that I am an adult with bills, responsibilities, and all of the scary future uncertainties that come with that, what I would give to be a kid again! Back then, the only thing to stress out over was what outfit to wear, who was my next crush, and studying… meaning I had no clue what I was in for when I started adulting. The “2009” chorus explains it all.

I realize not everyone had the same high school experiences, but if I close my eyes, I see me and my friends – not a care in the world – in our broke-down car getting ready to go to Warped Tour in our ripped skinny jeans and heavy eye liner and it’s truly a vibe. In high school, I didn’t feel a sense of heavy responsibility or like the world was legit going to end, and I definitely feel that now. I was never afraid of what was coming next back then because I didn’t have an accurate depiction of reality. I was just having fun and being a kid. With the 2020s pandemic, our government’s hand in the recent loss of human rights, and people being killed everywhere, I would definitely trade it for 2009 back. But maybe that has to do with my privileged experience of having a very sheltered fun youth. Although things seem bleak in general in the present, all of my memories seem brighter when thinking back to the 2000s and 2010s, and I remember having a bad-ass attitude about taking on the world. It seemed possible!

Let’s check the hot pink iPod Nano, shall we? Paramore 100%, that’s a given. I remember my ring tone was “Taste of Ink” by The Used for 5 years on my Razr flip phone. I’d blast “Rock and Roll” by Led Zeppelin every morning walking in my high school’s double doors. Yellowcard, Sum41, Escape the Fate, BFMV, All Time Low, Sleeping with Sirens, Breaking Benjamin, Avril Lavigne. My favorites today are wayyyy different: New West, Sigrid, Gabrielle Aplin, Marisa Marino, Heather Sommer, Tommy Lefroy, Tayler Buono. I still listen to the old stuff and feel the nostalgia, but it’s the current indie pop artists that are inspiring me to write today.

You’ve won a lot of awards for your song “Skin,” which (in my opinion) is one of the best songs of this decade. Was that a solo write, and what’s the story behind that song?

WOW! Of this decade, what an honor!! “Skin” was an incredibly difficult and powerful song to write. I wrote this song with Ethan Hulse and my producer Nick Schwarz and at the time I had just met them. I had an artist development deal in Nashville and the label hooked me up with amazing writers. I wrote and recorded demos for 4 songs in 3 days with people I never met before, so having to get that vulnerable about my depression with strangers was really tough. This song is about hiding how depressed you are in a toxic relationship in order to please the person you are with because you are desperate for love, even if it isn’t healthy. While stuck in this cycle of pretending everything’s okay, you lose yourself and don’t recognize who you are anymore. By the end of the song you realize this isn’t healthy; this isn’t love. At one point in my life, it was super important for me to go on a self-love journey, heal, and appreciate who I am and learn what I deserve. Because of what I learned in this song, I have grown into a ‘full’ person and will never settle or get stuck in a cycle again. This is one of my most favorite works because of how much it means to me and how it sonically puts me into a dream state.

Is Providence, RI your home base — and do you travel frequently to music centers like NYC, LA, and Nashville to co-write and do shows?

Shout out to Little Rhody! I was born and raised in RI and as a true Rhode Islander, I don’t typically travel too far for shows. I play in over 90 venues in RI and will venture out to Massachusetts sometimes. I did an East Coast tour in 2017 and played a couple of shows in the UK in 2016 but that’s as far as I’ve gotten. Pre-pandemic, I’d go back and forth to Nashville to write and record but nowadays it’s all done on Zoom. I’ve been writing a lot for TV shows (MTV, Amazon Prime, Australian programs, etc.) on Zoom as well so there’s no need to travel for work currently, just for fun!

What was it like going all the way to France for Judy Stakee’s songwriting retreat?

Amazing! So huge backstory – TLDR; I’m crazy. So I met a guy on an iPod Touch game called Tap Tap Revenge. He lived in Europe and after talking for years I flew over to date him. We dated for a year and I heard about Judy Stakee’s retreat and thought traveling to France for music sounded like a dream. She was the former executive of the big music publishing firm Warner Chappell, so I was really excited to be accepted into the program! The chateau we stayed at was absolutely magical, romance was in the air and I ended up in a fling with my co-writing partner from the program who was British. So I left the European guy and flew to the UK to be with the British guy for a month. We ended up splitting and then I wrote my debut single “Hey London,” which is the first track off of my album Self-Titled and the song that started my career! Crazy story right?! I wrote that album as a break-up album about regaining my sense of self. Keeping with the foreign theme, now I am dating a Belgian and I am very happy and writing love songs, so expect more happy singles to follow “2009” soon!

Larry McClain is a former ad agency blogger who writes for music and travel magazines in the US and UK.
PrevPreviousWill Wood on “White Noise,” Decisions on Singles, and Empty Celebrations
Next“A Lovers Plea (Act I)” by Mountains Like Wax: A flood of raw emotionNext