Late July Has a “Remarkable” Flair for Music and Cinema 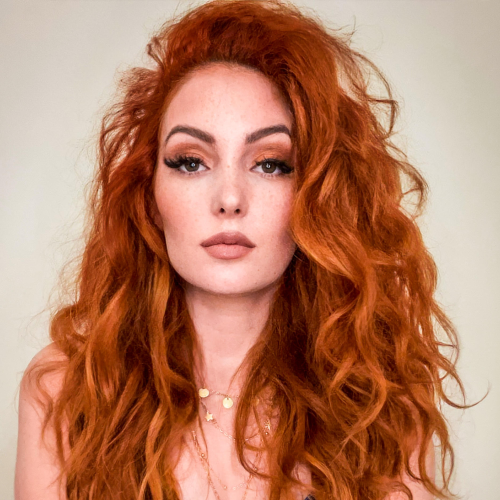 Nicole Simone uses her birth name for acting and performs music as Late July. Her resumé in both worlds is as impressive as her flaming red hair. Yet she’s very unassuming, not haughty, about her many talents. Maybe that’s because she grew up in Canada, where people seldom boast.

Late July/Nicole now splits time between Toronto and Los Angeles. She recently won a boatload of awards for her contributions to the 2020 web series On A List, including acting honors from the New York Movie Awards and a Best Screenplay win at the London International Film Festival.

Offscreen, Nicole has released several well-received singles this year, including “Sober” and “Remarkable.” Despite her double-calling, she’s also found time to launch and run redemptionpaws.org, a nonprofit that cares for abandoned dogs.

There’s a lot of metaphor going on in your song “Remarkable.” What’s the main idea listeners should take away?

The song is about admiration for the human spirit. I’ve been obsessed with surfing my whole life, but after a near-death experience I never pursued it again (for now). I love the confluence of humans and nature. Really the song is about surfing and horseback riding. Man and ocean, man and horse – living on the bounds of humanity, bereft of fear. I think that’s happiness to me and when I see someone surfing Nazaré off Portugal or cowboys crossing the desert, I think it must be so hard and satisfying. It’s a song of admiration really.

Are those real horns or synths on “Remarkable”? They add a distinctive touch.

The horns were played by Ryan Svensden. He’s an incredible player. The melody was co-written by Jessica Taylor, who sang harmonies and produced the track.

You’ve won a bunch of awards and nominations for your series On A List (including best screenplay). Are you working on another screenplay to follow up that success?

I’ve been working on a bunch of projects and trying to make affordable films I like. I think about film all the time, I’m very much in love with directing and writing but I keep getting pushed towards acting. I will do something soon, I just have to.

Does the reversal of Roe v Wade and the failure to curb mass shootings in America make you want to move back to your native Canada, or is it a call to action to change things in the U.S.?

I’ve spent my life between US and Canada, so it doesn’t feel super jarring. Canadians are very into American politics, often to the detriment of their own. None of what happens in America is shocking but it’s not okay, either. Wishing better for the world at whole.

How did you find time in your busy career to launch redemptionpaws.org, a group that helps abandoned dogs?

I make time for the causes important to me and having done dog rescue since 2006, it felt natural (though a surprise) to put together the charity. It was a lot of timing and it’s not just me. There are many people involved to make the organization run and I feel uncomfortable with the amount of credit I get sometimes. I don’t care about what people think of my work there as much as I care about giving good dogs good homes.

Larry McClain is a former ad agency blogger who writes for music and travel magazines in the US and UK.
PrevPrevious“Nothing to See” by Miya Folick: Exploring Love’s Inexplicable Actions
NextWhy The 1975 is Still So Good: The Value of Making Music with ContextNext