Laura Musgrave on “One Family” and Confessional Lyrics 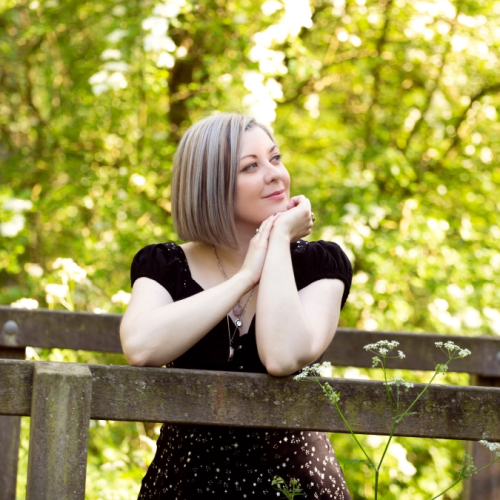 When I first heard Alanis Morissette’s “Thank U”, I had to pull the car to the side of the road. The song was so joyous and confessional that it required my full attention. And that’s the type of music that British singer-songwriter Laura Musgrave makes.

Her 2019 single “How To Let Go” is a haunting masterpiece that stays with you for hours after listening. That’s why it was named Track of the Week by the BBC. Her music has also been featured (appropriately enough) on Women of Substance Radio in the U.S.

Musgrave’s new single “One Family” has the potential to be a huge radio hit. Musically, it’s a guitar-driven gem reminiscent of 2000s Liz Phair. The lyric is a simple-yet-powerful affirmation of how close friends are truly “family” just as much as our blood relatives. Plus it’s beautifully sung and produced.

The East Midlands region of the UK has given us some great rock bands over the years (Depeche Mode, Ten Years After). Now it’s giving us the mega-talented Laura Musgrave. If you love the brilliant-yet-accessible work of Tori Amos and Alanis Morissette, make a Laura Musgrave playlist immediately.

In “One Family” you sing about a shared bond. Is the song about a bond with one person or with humanity in general?

I was thinking of those personal connections that you can have with friends you’ve known for years. Those people that you have so much shared history with, you can pick up a conversation again, even after a year, with barely a missed beat. You care about one another, even if your lives are busy, hectic or otherwise distant from each other. You send little notes or messages between you when it counts. Perhaps you even know their family and you’re all connected, even though you’re not related by blood. So “One Family” is ultimately about friends that you know so well that they feel like family to you.

Your songs do remind me of Tori Amos, Alanis, Sara Bareilles and other greats. If you had to pick your two biggest influences, who would they be?

Oh, thank you! If I had to narrow it down to just two, I’d say Tori Amos and Alanis Morissette. Hearing Little Earthquakes and Jagged Little Pill for the first time had a huge impact on me. Both are very confessional in their lyrics. It felt like they’d whispered all their secrets into my ear, and that sent chills up my spine. It made me want to rip up everything I’d ever written and start again. Their strength and honesty really touched me, and I could relate to that, even if their experiences were different to mine. Musically, they both share that rock-influenced edge too, which seeps into my own writing.

I applaud the brevity of “One Family” (under two minutes), and that’s something of a trend now. Was it difficult telling the story in just two minutes rather than the typical three minutes in most pop songs?

With this song, it was more by accident than design! I think that’s the way it has to be, for me at least. If I’d started out with the intent of writing a  song under two minutes, and then trying to work out what to say afterwards, that could’ve made my task quite difficult. What helped was I had a crystal clear idea of what I wanted “One Family” to be about, and so it was really easy to capture that in a short and sweet way. It wasn’t until I’d recorded it the first time that I realised it was shorter than the average pop song. It felt right though. The song said everything I wanted to say in that time.

Do you mainly write solo…or do you sometimes co-write?

I currently split my time evenly between writing solo and writing with other songwriters. I really enjoy both! I love getting completely absorbed in the challenge of writing a song myself. However, it makes such a difference to have co-writers you can bounce ideas around with, especially during tricky moments where you’re a bit stuck. That’s when co-writing really comes into its own. It’s that idea of ‘two (or more) heads are better than one’. I really enjoy learning from other songwriters’ experiences and perspectives too. Those lessons and ideas can stick with you long after the project you’re working on together has ended.

Your previous single “I Thought We’d Be” is an emotional grabber. What’s the story behind that song?

So many of us have been through a breakup or the end of a significant relationship in our lives. I’d lived that experience myself shortly before I wrote the song. So I was pondering that and I had questions circling in my mind about it. What is it that’s so painful about a breakup? Is it that initial feeling of loneliness? Is it that you quickly go from being really close to essentially becoming strangers again? Or is it that you’re sad about the future you thought you’d have? The song ended up touching on all of those, but particularly, the gap between what you wanted the relationship to be, and what it actually was.

Larry McClain is a former ad agency blogger who writes for music and travel magazines in the US and UK.
PrevPreviousKleo on Love, Meditation, and a “Beautiful Life”
NextRyn Nicole on “Anxiety,” Berner Hooks, and HavanaNext