Lauren Spring on “Make It Look Easy,” Dream Pop, and Trusting Your Own Talent 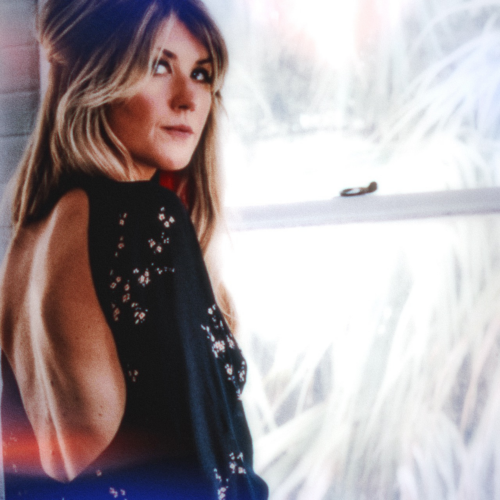 Lauren Spring is well-known in the U.S. for her stellar work with the Americana group The Krickets. Her solo albums, however, have a captivating pop sound that’s winning her new fans on both sides of the Atlantic.

Spring is signed to the UK label Saint In The City Records, and “Make It Look Easy” is the first single from her second EP. Even though Spring sings it with the total command of a Stevie Nicks or Maggie Rogers, the song is actually about artistic insecurity. The “they” Lauren refers to are successful artists whose work seems so effortless:

And they make it look easy

Put the play on the stage

And won’t give it away

Spring’s fears about not measuring up are unfounded. “Make It Look Easy” (which she co-wrote with producer Scott Feldman) sounds like an artist at the top of her game already. It’s no secret that Spring’s highly anticipated new EP will have other artists envying her songwriting/vocal mastery.

“Make It Look Easy” is one of my favorite songs of the last few years. What’s the story behind that song?

Thank you for such a high compliment. “Make It Look Easy” is a love letter to anyone facing the comparison game and contemplating giving up on a piece of art. For me, I was in a moment of comparing myself to some singer-songwriters whom I adore but was feeling inferior to. Also, after the unexpected success of my EP, I was kind of terrified of my next single not living up to the hype of what I’d previously released. The way it’s written, the song follows the main character on a mental journey from admitting those insecurities to deciding to go ahead with the art anyway and that she’s gonna “make it look easy” one day, too. So the story is basically a therapy session.

“Make It Look Easy” has an almost Stevie Nicks quality and it’s definitely pop. How have your Americana fans reacted to the song?

Stevie is hands-down one of my favorite voices and songwriters, so I’m thrilled if her influence is seeping into anything I create. And I credit the pop feel of the song to the glory of co-writing. With the south Georgia twang I’ve got going on, you’d think the music would be more country-leaning, but my co-writer/producer Scott Feldman brings a California dream-pop thing that I love to the music. We also try to approach the writing as genre-blind as we can and let the song go where it wants. The fans have been so cool and supportive regardless of how weird my musical exploration gets.

You have an instantly recognizable voice, which is a great thing in pop music. Did you take voice lessons as a kid, or did it all come naturally?

Thank you. It’s taken me a long time to embrace my own sound but once I finally started to, my musical trajectory really changed. Apparently, there’s something to that “just be yourself’ thing:) I never had voice lessons as a kid, but I have a vocal coach now to help me prep for the studio and teach me how to take care of my voice.

How did you get the attention of a UK label (Saint In The City Records) for your 2021 album “I Remember You”?

A UK Americana playlist curator thought the music really matched the SITC’s roster and sent the song to Dan Pearson, the record label head. In one phone call he changed my whole musical world. That team is amazing in the way they believe in and support their artists and I’m proud to be a part of that family.

Will your new album also be on Saint In The City — and will the sound be quite different from your work with The Krickets?

Yes, I definitely feel like I’ve found my home with SITC and this next album will be released through them. And yes, I do expect it to sound pretty different from my work with The Krickets. While my stuff is more pop, The Krickets have a roots-country sound much more authentic to the Americana genre. They both satisfy a different creative itch for me and I’m crazy grateful to get to experience both.

Larry McClain is a former ad agency blogger who writes for music and travel magazines in the US and UK.
PrevPrevious“Just Like a River” by Jenny Berkel: Lovely, Free-Flowing Folk
NextZoe Zobrist on “Better,” Her Songwriting, and What Happened Since Her Last SongNext