Leni Black on “NOT A ROBOT,” Vulnerability, and ‘Breakfast at Tiffany’s’ 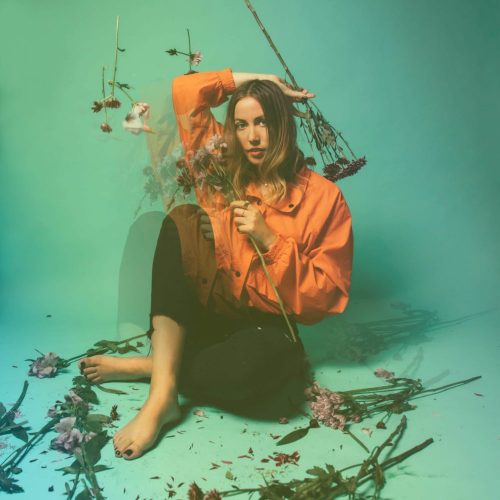 Leni Black is effortlessly cool and international, just like her favorite film star Audrey Hepburn. She lived for four years in Beijing and Hong Kong, surfed in Sri Lanka, and then gained attention in the Boston indie scene before moving to Nashville.

We’ve all seen the ubiquitous “I’M NOT A ROBOT” authentication used to thwart spammers – and Black’s new song “Not A Robot” looks at relationships where one person is pulsating with life, love and spontaneity while the other remains aloof and “virtually” feeling-less.

The beautiful bridge at the end of the song is a rallying cry for people who refuse to be cold and clinical about love:

Leni’s other new songs also reveal that she’s in no danger of turning into R2-D2. “HOW i FEEL” has the potential to be the “it” song of 2022 because it has the vulnerable, universal appeal of Carly Rae Jepsen’s monster hit “Call Me Maybe.” Black’s song “Sydney” has the warmth and virtuosity of a Taylor Swift song – and the video puts Leni right in the backseat of the cab shared by Audrey Hepburn and George Peppard in the final scene from Breakfast at Tiffany’s. That’s where Audrey finally commits to a real relationship instead of running away.

You don’t need an A.I. app to know that Leni Black is a hugely talented artist to keep your eye on. Human eyes only…no red robotic eyes like in Terminator.

We’ve all seen the “I’m Not A Robot” authentication a million times, but it’s a marvelous metaphor for people who seem to have no flesh-and-blood feelings. What prompted you to write this song?

Thank you! You know, it’s always been a strange question for me. I stare at my screen when I look at that question. Elon Musk said it’s a 50/50 chance we live in a simulation. Even if you are reading this right now, congratulations! 1-in-400-trillion chance of that happening. Since I remember having a conscience, I would stay up late at night and ponder life. This song is for anyone who feels like sometimes they have a heavier heart than others. For anyone trying to change the trajectory of their own life, or wondering if anyone else feels as much as they do. I promise you I feel things, deep emotions. I can’t be a robot.

Was this song written solo or was it a co-write?

Although I love to co-write (especially in Nashville), this one came to me pretty quickly. Sitting on the couch, my nice midtown apartment boxed up as I was ready to move into a friend’s basement the following morning to save money while finally pursuing music full-time. It started with the first line about how I really feel like sometimes I live in a simulation because of all the ups and downs life throws my way on a daily basis. I sent it to a few people on the spot and (this doesn’t happen often) everyone responded with positive feedback on the lyrics. A song was born.

The bridge at the end of the song is spectacular, both lyrically and musically. “I am stardust, I am blood, I’m unforgettable, I am love…” What were you feeling when you wrote this section?

I’m so happy you like it. I think a lot of people who listened connected to this and can sing along. I knew it had to be the opposite feeling of the automatic “I am not a robot” question. The bridge actually came a couple weeks after I wrote the song. I was sitting in the studio while my producer was laying out the beat with my guitar in hand, playing the chords over and over asking myself what it is to be human. I started whistling, making jokes with him about how I couldn’t possibly be a robot, because I mess everything in my own life up. How could a robot possibly make this many mistakes? I am stardust, I am blood, I am the universe is what came first. My former yoga instructor always ended the session with the question “Who am I?” I would think to myself, “I am whoever I want.” And the unforgettable part, well, every life has a purpose. There is a 45-minute voice note on my phone still if you really want to listen to the creation of the bridge!

Who produced your song and who shot that wonderful, cosmic video?

Remember that friend who let me move into the basement? Chaz Mazzota was one of the first friends I made in Nashville and he immediately loved this song, which is rare because as an artist himself we have extremely different vibes in general. Also, he doesn’t usually produce for other artists. He’s a platinum producer with over 80K listeners per month on Spotify alone so he stays busy! We were tracking it in the studio out of convenience to send the demo to another producer and he just never stopped producing it. I think in a way it inspired him to reach outside of his usual production style and into another world. He is a jack-of-all-trades and helped bring the celestial video to life as well. We did the video in his studio using a green screen and the outfit changes were hilarious. He learned a lot about lip gloss reapplication that day. The video is supposed to portray a happy and sad human. Then a stoic, robotic version who is laughing at her own fluctuating emotions. He nailed it. By the way, I eventually moved out of the basement and am now sharing a place with other musicians on the East side of town.

Will you have a new EP later this year that features “Sydney,” “HOW i FEEL,” and “Not A Robot”?

Yes! I feel so grateful to have met such talented producers in Nashville to help bring these ideas to life. This EP is a project I challenged myself on by working with four different pop producers/artists in Nashville to create four separate songs for the collection. Stay tuned for the next two songs that are based on true events. They both will be coming out before the summer ends.

Larry McClain is a former ad agency blogger who writes for music and travel magazines in the US and UK.
PrevPrevious“Levitation” by Let’s Eat Grandma: Letting Go of Who You Are
Next“All For One” by JOBIE: A Tender, Lovely TributeNext