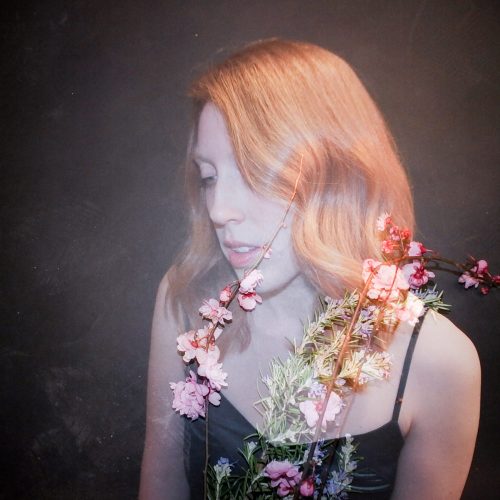 The “evening star,” as it turns out, isn’t a star at all. It’s the planet Venus, bright in the sky, visible in the west after the sun has set. (It’s also known as the “morning star,” when it appears in the east before the sun rises.) It’s the planet closest to our own in terms of size and distance, which means it’s the first thing we see in the sky every night, aside from the moon. It’s a potent piece of imagery: it suggests a transitional state, a just-afterness that offers a harbinger for the night to come.

“Evening Star,” a song by the California-based singer-songwriter Lindsay Clark, drops the title in the refrain: “The sky is changing/over an evening star.” It’s a wonderful line, because it places a symbol of change and transition as something constant, something that everything else changes around. It’s a particularly elegant way of expressing the fact that uncertainty is the only certainty in life, and it’s the kind of poetic turn of phrase that comes easily to a thoughtful songwriter like Clark.

The atmosphere, too, is perfect. On “Evening Star,” Clark collaborates with William Tyler, a guitarist whose vivid, rippling arpeggios evoke a beautifully surreal America in his solo work, as well as when he scored Kelly Reichardt’s First Cow. Here, his guitar work is pure dusk, a fading purple light that creates dramatic silhouettes on the horizon. (He plays bass here, too.) It casts shadows on Clark’s pastoral imagery of “buckeyes and poppies,” but there are moments where it opens up and displays a gorgeous vista, all the more beautiful for how it never quite stays still.

Could you tell us a little about what inspired this song?

I was inspired to write “Evening Star” on a trip back to California one winter. I had just been on a two month tour in Europe, and a lot was changing in my life. I was trying to process that change, and going back to the place that shaped me (Nevada City, CA) often helps me integrate life experiences. I think I must have gone for a walk by the river, and watched the beginning of the moon rise. I have struggled with patterns of abandonment and loss in my life, and this song is kind of a reckoning with that and a letting go, moving into something more solid within myself and in life.

I love the graceful, poetic lyricism. Who would you say is your greatest lyrical inspiration?

I have always read poetry since as far back as I can remember, my mom would read me books of children’s poetry. I think it’s a lost art so I am really grateful for that. So, there are many poets that influence me but as far as lyricists, I would say Judee Sill who uses a lot of symbolism and magic in her work, Kate Wolf, who writes about the natural world in a very simple and tender way, and maybe someone like Rickie Lee Jones who I don’t really write like, but who is really original in the way she communicates ideas.

The great William Tyler plays guitar and bass on this song. What was the creative process of recording this song like?

We had talked about having William come into Panoramic where we were recording, but because of the pandemic and some other factors it was done remotely. William recorded his parts somewhere in or near Nashville I think, at a studio there, but they fit really well. Otherwise, I recorded with my co-producer/engineer Jeremy Harris in California. Generally it was just the two of us and it was a lot of quiet, candle lit nights and walks by the ocean. That was lucky. Then we recorded the vocal overdubs in Portland with my friend Ryan Oxford, who has a small studio here.

If you had to sum up “Evening Star” in one line, what would that line be?

What do you plan on doing next?

I have some shows coming up in California and then my album release show in June here in Portland (June 24th at the Old Church). I’ll play more west coast shows over the summer and am working on putting together another Europe tour for fall. I haven’t been back since pre-pandemic. I’m also writing, both songs and short form creative nonfiction, and I hope to focus on those creative projects between travels. After the isolation of the pandemic I am really looking at making music more collaboratively, and thinking about who I want to work and play with next.

Joe is a writer, a critic, a musical omnivore, a Long Islander, and a bundle of anxiety. He's dreamed of making a career as a writer since he was a child, which explains why he didn't dream of something a little more practical.
PrevPreviousTishmal on “You Got So High,” Hummingbird Creativity, and Fresh Starts
Next“Boxroom Bangers” by Teenage Tom Petties: Ragtag, Catchy Alt-RockNext