Loris and the Lion on “Waxwing”, Fairy Tales, and Halloween 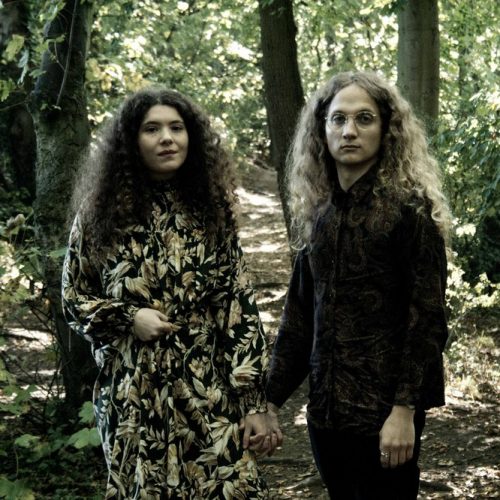 Fairy tales are stories that have been so thoroughly absorbed into our collective consciousness that it’s more common nowadays to see them subverted than played straight. In some cases, like Into the Woods, common fairy tale tropes are used to more realistic ends, showing how things like witch’s curses and magic wishes would have unintended (and occasionally tragic) consequences. Sometimes, a work set in the modern day makes use of fairy tale motifs to illustrate the real-life dangers those fantastical stories warned us about (such as Freeway, which reimagined Little Red Riding Hood as a game of serial killer cat-and-mouse). And other times, a work has no ambition aside from cheap thrills; this is how we got Hansel and Gretel: Witch Hunters.

The most sophisticated retellings of fairy tales understand that the original stories were already quite dark and mature, imparting life lessons through morality plays and nightmarish imagery. (The Brothers Grimm were German, after all, and one need only read Struwwelpeter to get an idea of how hardcore German children stories can be.) Therefore, all a careful author needs to do is expose the story’s heavy, ancient heart.

Case in point: “Waxwing”, an ambitious avant-folk song by the Liverpudlian music duo Loris and the Lion. “Waxwing” is based on an obscure Grimm fairy tale called “Jorinde and Joringel”, in which a young couple runs afoul of a wicked witch who turns men into stone and women into caged birds. It was that last part that caught the attention of Georgia Harris, one half of Loris and the Lion, who found herself fascinated by the transformation of women in fairy tales. What was it about women that so often found them helpless and imprisoned in these stories?

If “Waxwing” doesn’t provide a neat answer to that question, that’s because it never really tries to. Instead, it’s a sprawling, six-minute opus that retells “Jorinde and Joringel” through poetic, frequently macabre fragments. The instrumentation, courtesy of multi-instrumentalist and the other half of the duo Rich Bond, is lush yet rather eerie, and Harris’ sweet yet resonant vocals get across the point of the song. To be a bird in “Waxwing” is to be small, fragile, and at the mercy of those who mean you harm. The last lines lay this bare, and it creates a parallel to trapped, endangered women everywhere: “the forest took our words away, and that is how this sorry tale became a song.”

“Waxwing” is a heady, ambitious song, beautiful and macabre at the same time. What musical influences shaped the sound of this song?

Georgia Harris: Thank you! I originally wrote this song for twelve-part female choir, many years ago now! So unsurprisingly there is a strong choral feel to the song. I really wanted to incorporate birdsong-like ideas as well, the idea being that each voice would represent one of the caged birds in the fairytale “Jorinde and Joringel”. This version of the song is much less cluttered with just four voices, but many of the melodic motifs and the feeling of the song as a whole being made up of lots of little snippets probably still comes from this idea.

Rich Bond: We are really influenced by traditional and folk music, as well as amazing songwriters like Kate Bush and Joanna Newsom, who have quite an orchestral feel to their music. I think this song is one of our most theatrical–we wanted it to set an eerie scene, a kind of sonic coming around the campfire to tell ghost stories, and perfect for Halloween.

Tell us a little more about the fairy tale that inspired this song. What was it that resonated with you?

GH: “Jorinde and Joringel” is not a very well known fairytale but it has lots of really classic elements–the young lovers, wicked witches, magic spells, getting lost in the deep dark woods, a quest to find a magical flower. The transfiguration of young girls into songbirds sparked my imagination and curiosity as well.

The lyrics of this song, and the way they grapple with womanhood, remind me of the works of Angela Carter. Did she influence the way you engage with these stories?

GH: We do love Angela Carter, her book of fairytales is pride of place on our bookshelf! There is something about fairytales and folktales, nursery rhymes and lore that has always interested me and is a major theme and influence in many of our songs and lyrics. I love their mysterious other-worldliness but think it is a lot to do with their symbolism. It is really fascinating to think about what it all meant, like cracking a code of secret images and ideas–especially from the point of view of being a woman. I like to portray these old stories and symbols in a new light, through the lens of feminism.

“Waxwing” is premiering on Halloween. Any fun plans for the holiday?

RB: Our plan is to play a little set from doorstep for our neighbors, Liverpool weather permitting–we might even live stream some of it! We would have loved to put on a gig but unfortunately COVID-19 has put a stop to that.

GH: After that we’ll probably roast a pumpkin and snuggle up to watch The Nightmare Before Christmas!

What are your aspirations for the future?

RB: We are planning to release our EP Jorinde + Joringel in the new year, hopefully accompanied by a real life gig. But who knows, what with everything that is going on at the moment. Our fingers are firmly crossed.

Basically, we would love to be able to share our music with a wider audience. We know there are people out there who really connect with what we do, the tricky bit is just getting our music out there to reach them!

Joe is a writer, a critic, a musical omnivore, a Long Islander, and a bundle of anxiety. He's dreamed of making a career as a writer since he was a child, which explains why he didn't dream of something a little more practical.
PrevPreviousGrappling with Fear and Control in Sara-Danielle’s “Scared”
NextSeraphina Simone’s “O M D”: It Hurts to Let GoNext