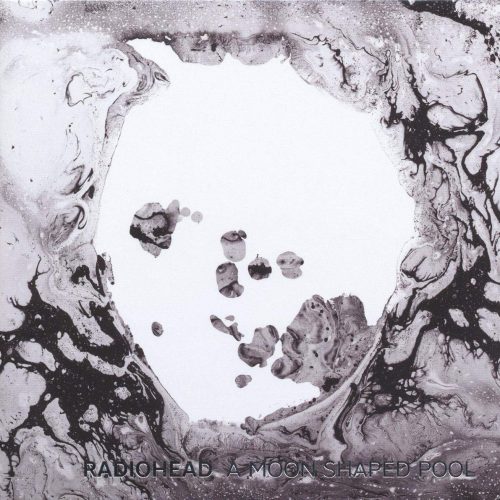 It’s December 5, 1995, and Radiohead have just closed their set at the Luna Theater in Brussels, Belgium with their newest single “Fake Plastic Trees.”

Expectantly, the crowd awaits the encore that is surely coming. Having played most stage-worthy songs in their 2-record catalog, what breed of rabbit could they possibly pull from their hat to cap off the electrifying and captivating performance they’ve just delivered?

Seemingly, “True Love Waits” is the antithesis of everything Radiohead, although they are well-established in duality; they’re perfectionists, yet they manage to produce and release on a timeline by which you can practically set your watch. They write of the overwhelming futility of humanity yet at times offer glimpses of sincere optimism and vulnerability. “True Love Waits” is a hauntingly straightforward example of the latter. It will also, in time, according to a data-based, scaled poll, be hailed as Radiohead’s saddest song.

Initially tracked during the OK Computer sessions, efforts to structure and record the song will taunt and elude the band (and ‘sixth member,’ producer Nigel Godrich,) for over two decades. For an uncharacteristically simple ballad, it will prove to be somewhat of a creative albatross – Acoustic guitar only. Acoustic guitar with subtle synth. Industrial synth (that would grow its own head and evolve into “Pulk/Pull Revolving Doors”.) All of these attempts will frustratingly test them during their 5-year cognitive leap era of 1995-2000.

Why then, one may ask, would it not simply be shelved, resigned to collecting dust? Surely the reel of tape would make a great bookend or tea coaster. As guitarist Ed O’brien writes in his journal in early 2000 ‘This is something like approach number 561. But it’s a great song.’

Partially inspired by a newspaper article that outlined a young boy locked in his mom’s apartment alone for days with only lollipops and potato chips (true love lives on lollipops and crisps) and written from the perspective of a partner left behind, the early live version oozes cautious optimism. Like a dog excitedly and dutifully waiting by the window for their human to return from work, the central character is experiencing loss, but that loss doesn’t include the loss of hope. In an obvious stage of grief, the bargaining begins with:

I’ll drown my beliefs to have your babies

I’ll dress like your niece and wash your swollen feet

When the studio version is finally released on 2016’s A Moon Shaped Pool, everything has changed. A clearly exhausted and practically monotone Yorke has just lost his partner of 23 years in an unthinkable trio of events: Cancer diagnosis/divorce/death. All in the span of one year while recording A Moon Shaped Pool.

On that December night in Belgium Yorke is in the honeymoon phase of what will be a decades long partnership. While perfectly adept at writing non-autobiographical lyrics, the studio version drips slowly and directly from Yorke’s ruptured heart. It is now nothing if not a personal plea to a cold, indifferent universe.

Perhaps the song mirrors the character’s paralysis as outlined in the lyric ‘I’m not living/I’m just killing time.’

Perhaps, on some level, the band knew that the time to release it would rear its head.

Perhaps, given the circumstances, it was never about killing time, rather time slowly chipping away at all that stood between Radiohead, Yorke, and the confrontation of raw, incalculable loss.

A Canadian music lover, Iconic Photograph Specialist, and multi-instrumentalist, Jeff Wood currently splits his years between Canada and the Mayan Riviera. With a post-secondary focus on English and Modern Philosophy, he holds hope that one day artistic integrity will trump commercial viability within the popular music industry.
PrevPreviousTess Henley on “Not in the Mood,” Great Parents, and Dino
NextSteve Wynn’s “Simpler Than the Rain” is Sweet Country with an Unpredictable EdgeNext