Notelle on “Alive”, Her Influences, and Nashville 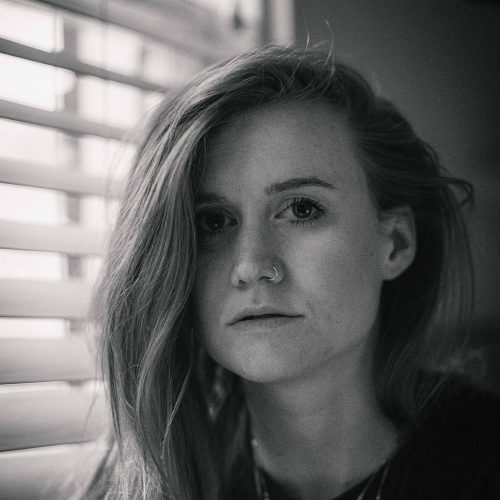 Because she’s a woman who makes goth-adjacent electronic music, Notelle is going to get compared to Billie Eilish more than a few times. It’s natural for listeners and critics to draw easy comparisons to what’s currently en vogue. But the Nashville-based songwriter’s eerie, uncompromising new song, “Alive”, illustrates exactly what makes her so different, and exactly what makes her so fascinating.

Dark, ambient-centric pop music has become trendy in the past few years, but “Alive” is spiky, metallic, and industrial. With its squelching bass line and its bursts of hair-raising guitar, it’s reminiscent of Nine Inch Nails, particularly “Closer”. And yet Notelle takes that sound in a different direction: while “Closer” is lecherous, liquidy porno-music-for-the-damned, “Alive” is a heavy, bruising stomp. It has an unstoppable sense of momentum, even when the percussion stops and gives way to wordless vocals or distorted noise. Even when the song ends, you can practically hear the sound of heavy boots, marching off into the distance with military precision.

The song is interesting enough musically that you could talk about it at length without even getting to the lyrics. But that would be a mistake, because the lyrics give the song purpose, a reason to march and fight. Notelle’s double-tracked vocals whisper and sing about a disastrous, toxic relationship that nonetheless reminded her how it feels to be alive. The lyrics, as stark as they can be (“they can tell I’m going insane”), are delivered without pity or much emotion at all. She never raises her voice, because she doesn’t need to. “I swear you’re back to see if you can break me,” she says, “and you will–this time.”

Those two words–this time–are the key to understanding the song: she may be battered down and broken now, but soon there will come a time when she is in control, without mercy, and utterly, beautifully alive.

Not to say that this isn’t the case in other musical hubs, but in Nashville there is a heavy emphasis on collaboration. Because most writers here are developing artists, writing with your peers is like an investment. Everyone has potential, like a graduating class of sorts. It feels unique, and significantly less cut-throat, and I think that opens up more opportunity for sonic growth. The pop scene is young here so we get to experience the creative growth and feed off of that energy. It’s a lot more diverse than people understand, with a ton of companies designed specifically to showcase local acts. There’s a very healthy underground dance music scene, as well as DIY shows at non-conventional venues – most people don’t realize that. It feels like pop artists are a part of a new wave in Nashville’s history. It’s rad!

While your music has pop sensibilities, it’s not the sort of thing that you’d expect to play on Top 40 radio. Recently, however, artists like Billie Eilish have achieved some great success making music with that sort of macabre aesthetic. Does her success encourage you?

Anyone doing anything that’s not “traditional” and succeeding is encouraging, regardless of the industry! But in music, I think seeing the break-down of genre and the rise in streaming services provides A LOT of opportunity for indie artists like me. The goal isn’t landing on Top 40 terrestrial radio anymore, which is great, because I think hell would freeze over before someone took a risk and played my songs on FM. Artists like Billie Eilish, Lizzo, Sia – whether they’re breaking body image norms, age parameters or simply rejecting classic femininity, it’s all encouraging!

Oh man, this is a tough question…I love Bob Moses. All of the tracks on their All In All album get to me but, specifically, “Far From The Tree”. Overall, I don’t know if I have a favorite artist or a favorite song per se, but the melodies and harmonies in that track totally disarm me. Makes me sick and I’m obsessed. Definitely reminds me that things can be dark, modal, structurally abnormal and still be beautiful.

How has the current pandemic affected your career?

I think the lack of live shows definitely feels like a loss. That’s where I feel like dark industrial music really becomes immersive. You get to expand on it with the stage/show production. I try to up the ante by adding something visually dynamic to the performance with lights, SPD pads, haze, etc.  I don’t think I could convince someone to listen to my songs on Spotify while they’re casually hanging out at home. They’re too moody and heavy, but I get a ton of positive feedback on my live show experience. I may not be the most commercial so I try to put on a great set. It’ll come back soon enough, though, and I know I’m not the only one who took a hit in that.

What does the future hold for you?

It seems like it holds everything and nothing at all, somehow all at the same time! I’ll keep releasing singles every one to two months till the end of the year. I have a vocal pack slated to hit Splice in June, with a handful of amazing collaborations with DJs both as a writer and a featured vocalist. Even though 2020 has turned out to be nothing like what I expected, I am still stoked for what it has in store!

Joe is a writer, a critic, a musical omnivore, a Long Islander, and a bundle of anxiety. He's dreamed of making a career as a writer since he was a child, which explains why he didn't dream of something a little more practical.
PrevPrevious“Nowhere/No One” by Bella Human: A Haunting Take on Humanity’s Unknowable Origins
NextJulian Taylor’s “The Ridge”: Some Things Last ForeverNext