“Paintings” by Federico Ruzza: Music to Fall in Love With 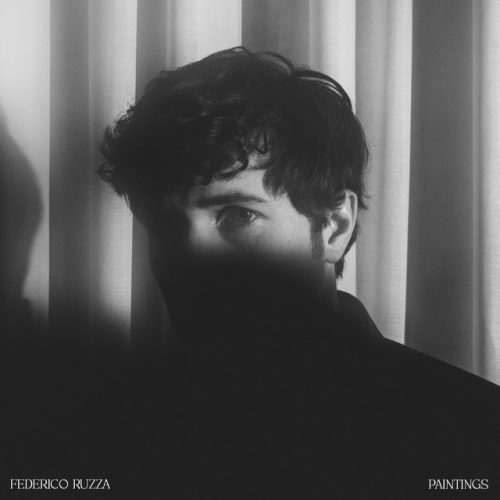 It’s rare, but sometimes we fall in love with music. While some songs are pleasant to listen to, and you may even learn to love them over time, others strike you upon the first listen and follow you from that moment onwards. I’m sure you can recall the moment you discovered your favorite band at age fourteen – and how your timeline and perspective shifted as a result. I was lucky enough to have this kind of experience with “Paintings,” as I was immediately drawn to Federico Ruzza’s intricate and soulful tone. Luckily for me, “Paintings” is just one masterpiece in his full length project, which I immediately took to – and fell a little deeper with every turn.

I would describe Ruzza’s style in two words: romantic and introspective. There’s an intimate quality to his music, as each instrumental element of “Paintings,” has its own soul. Finger plucked acoustics, jazz piano, and Ruzza’s smooth falsetto all blend to color his sonic landscape. There’s a lovely instrumental section, where piano and slide guitar swell together, neither out shadowing the other. I’m also impressed by his vocal range, as he delicately suspends higher notes throughout the chorus, which is balanced out by his deeper tone in the verses. Lyrically, he is able to conjure a storyline and vivid setting by using only a few words.

We’re behind the glass of a window

Watching the street we’ve seen too many times

Souls are closer next to a warming fire

The rest of the setting is illustrated through sound, as the song opens with a thunderstorm accompanied by ominous slide guitar. The third line is paralleled by his later depiction of “two trembling lights,” as “Paintings” follows twin flames seeking shelter, finding comfort in one another. There’s an optimistic tone in his words, as he describes how the two embark on a path together, in faith that beauty awaits them. I’d say he’s a hopeful romantic.

We still beat our path, often going off the track

We don’t find it hard

We trust the panorama will be wonderful

He depicts the flames walking hand in hand, crossing rivers and traversing life’s challenges, trusting that it’s all going to work out in the end. I think “Paintings” embraces challenge as something that ultimately builds us, rather than knocks us down. By navigating the storm, two come closer – each illuminates the other, and faith keeps them moving in alignment. I like the choice of words along with the sentiment, because I think an open ‘panorama’ signifies abundance that awaits on the other side. On the winding path, it’s as if the two gather materials to paint their own vision.

One will leave this house before the other

But you know, my love, this is not the end

Ruzza closes the song on this bittersweet note, as the couple soaks in the view from the other side. In growing old together, they realize that love is not confined to something as fleeting as life. I’m touched by this story that began with rumbling thunder, but goes on to capture the feeling of devotion to another. If you’re looking for music that moves, comforts, and haunts you all at once, go get lost in Ruzza’s storm. 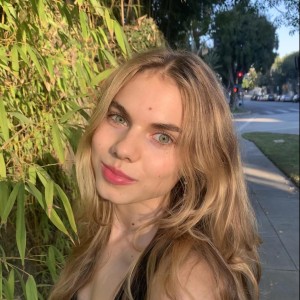 Yana is a psychology and music industry student at UCLA. As a classical pianist, she searches for the intricacies and colors in any piece of music. She finds it cathartic to dump everything in her journal, and she loves analyzing songs because it feels like reading a page from someone else’s diary.
PrevPreviousRobert Leslie on Lockdown Dates, Dream Collaborations, and “My Bananamoon”
Next“Your Love Was A Gift” by Mykki Blanco feat. Diana Gordon and Sam Buck: Making Sense of Past ExperiencesNext