Retrospective Review: Perfume Genius’ “Run Me Through” is an Exercise in Embracing Your Shadow 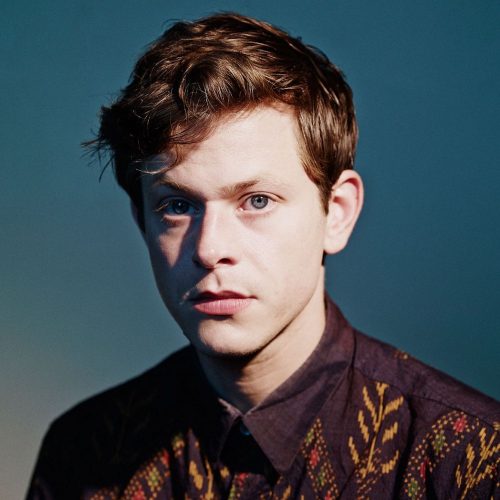 What does an artist do when they find themselves instinctively and primally attracted to the same toxic masculinity that their culture is so passionately rallying against? Well, if you’re Mike Hadreas, aka. Perfume Genius, you embrace it and write a song about it.

Carl Jung pioneered the theory of the ‘shadow self’, claiming that no person can be considered whole until they identify and acknowledge the dark, often unwelcome recesses of their conscious and subconscious minds. Honest reflection and presentation of oneself requires opening all the drapes and removing the hinges from the basement door: a courageous and often uncomfortable yet vital component of true self-acceptance.

“Run Me Through”, released on 2017’s acclaimed No Shape LP, exposes those darkened corners that some of the more conservative members of the LGBTQ+, cisgender, and every other community of Western culture would prefer to keep locked away until they disintegrated in a plume of time and cultural evolution.

Rather than run from them, Hadreas chooses to not only embrace them but to let the darkened fantasy flow through his veins and out of his mouth like a crisp, clear stream flowing over a thousand years of silt.

The disorienting spell of “Run Me Through” begins in earnest with the introduction of Hadreas’ vocals. Given the simplicity of the arrangement, the vocals captivate, while the duality within the lyrics render the song a true work of art – leaving the consumer to decrypt or decipher what the true and intended meaning could be.

Overt duality and captivation are the drivers here. Like a lamb leading itself to the slaughterhouse, Hadreas’ vocal delivery portrays a confident, demanding figure while the lyrics beg with beautiful perversion for total domination both physically and emotionally, as Hadreas implores his other to wear me like a leather while cementing his dedication by claiming that everything he has, spiritually and physically, is just for you. This is true captivaty, Stockholm-style. The interlude drifts like a ghost in a not-entirely-bad dream, offering brief, optimistic respite while the captor heads into town for more supplies.

What is heard on “Run Me Through,” (and the No Shape album in its entirety) is the unmistakable mark of an artist firmly and confidently taking their seat at the table.

Receiving a Grammy Award nomination for Engineering (among vast additional nominations, wins, praise, and accolades), one thing is clear: captive or not, Perfume Genius is here to stay.