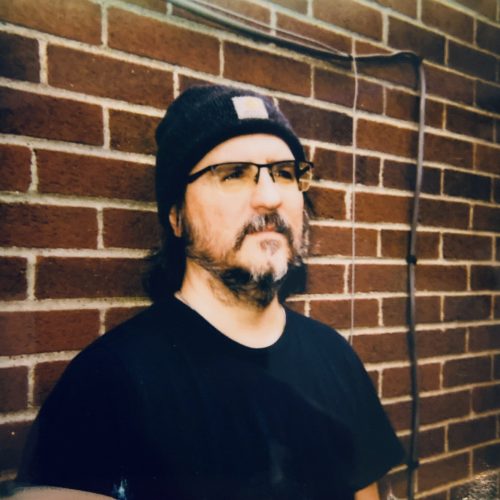 I have never been far from my mother. When I was younger, she was always there waiting to pick us up from school, clad in a black pantsuit from her job at a nearby college. She would smile and hug me close, and she smelled like clean cotton. She would later get another, busier (but better-paying) job, and set about earning her doctorate; that meant it would be my grandmother’s job to pick me and my sister up from school. Mom worried that she would be absent, but she was never absent; she was there at dinners, during study sessions, beaming in the crowd at whatever ceremonies I ended up in. Even in college, she was there: after all, I went to the same college she was working for at the time.

I’ve only been away from my mother for an extended period of time for one month in 2018, when I studied abroad in Scotland. It was a wonderful, freeing experience, but I missed her every day. Later this month, I will return to Scotland, this time to get a postgraduate degree; I’ll be staying for at least a year, maybe longer. I am filled with the crackling, electric excitement that comes when you’re about to write the next chapter of your life, but as is often the case I worry about what comes after. What will I be able to do with my life? Will I return to America? What will be different when I come back? Will I reunite with my mother, hug her tight and sob into her shoulder, wishing I never left? If I do, is that really such a good thing?

All this context might explain why “Pictures,” a song by the Pittsburgh-based singer-songwriter Dan Petrich, resonates with me the way it does. It’s about a son returning home to his mother after some time away; he feels uneasy, even guilty, about his absence, for reasons that aren’t entirely clear at first. “Open the door, Mom, I’m home again/Just don’t ask me where all I’ve been,” he sings, in a mournful, Springsteen-ballad croak. “Sorry if I’ve made myself a ghost/But lately I feel the need to stay close.” The song consists mostly of simple couplets like that, but it adds to the plaintive, sincere tone.

I’m not a cold-hearted person, and sentimentality can work for me, but if that was all “Pictures” had to offer I probably wouldn’t like it so much. What really caught my ear was the way Petrich casts doubt on this initially straightforward story-song. It’s clear that the song’s narrator genuinely loves his mother, but it’s equally clear that the relationship was fraught. There are hints that it could have something to do with the son’s mental health (“voices in my head held too much sway”), or the mother’s poor handling of a crisis (“ashamed of a son who had no choice.”) The choice of words in the first few lines is purposeful: he feels a need to stay close, but does he want to?

I’m lucky enough to have a very close, loving relationship with my mother, who has been wonderful to me my entire life. But “Pictures” resonates with me because it shows the impact a mother has on her child, even in ways she might not have guessed. When I was away for the first week studying abroad, I felt like I was somehow screwing something up – it wasn’t clear what, but I felt like I was making a hash of it on my own. It seems like the narrator of “Pictures” felt that way, too – and wasn’t as equipped to deal with it. The return home feels good, but it feels better when you feel free to make your own choice.

Joe is a writer, a critic, a musical omnivore, a Long Islander, and a bundle of anxiety. He's dreamed of making a career as a writer since he was a child, which explains why he didn't dream of something a little more practical.
PrevPrevious“Closer to Myself” by Rachel Angel: Self-Actualizing Through Golden Country Music
NextWhy You Should Let Yourself RestNext