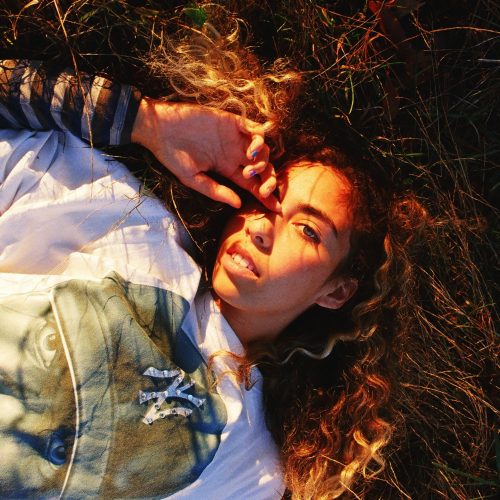 There’s a scene in Midsommar, Ari Aster’s 2019 folk horror movie, that comes to mind when I listen to “Real Pain” by Indigo De Souza. Without spoiling too much, Dani (Florence Pugh) discovers a deep, personal betrayal, and staggers sobbing out into the rural Swedish commune whose macabre summer festival she was roped into attending. Immediately, she’s surrounded by about a half-dozen women, who huddle around her, echoing her gasps and cries.

At first, you could mistake it for mockery, but it becomes clear that this is an exercise in group catharsis. The women are in tune with the ebb and flow of Dani’s pain, like a game of emotional Simon Says: they breathe when she breathes, and cry when she cries. Finally, Dani lets out a gut-wrenching wail of despair, and the women wail too. They drape themselves around her, sharing the burden of her agony. For the first time in the movie, Dani’s emotions are taken seriously; Dani is heard.

De Souza taps into a similar strain of communal sorrow on “Real Pain” (forgoing the Swedish death cult, of course.) Over an insistent, moody guitar, De Souza sings of grief and loss: “When pain is real/you cannot hide/you can’t cover/but come undone.” When pain cuts deep enough, it’s impossible to do much of anything except hold yourself together for long enough to make it through the day. “I still know you,” she sings, ruefully, as though she wishes she didn’t. De Souza’s voice is sweet yet sharp, letting you feel the bitter pang of her remembrance. The song doesn’t make it clear whether she’s singing about a break-up or a death, but either way the emotion is deeply felt.

A little under two minutes into the song, De Souza is done holding herself together. “I don’t believe the way I’ve been going,” she sings, before repeating that last word as a feedback-drenched guitar begins to chug. Gradually, voices start to cry out, some choked in anguish, some screaming with rage. De Souza layers these voices over each other, pain on top of pain on top of pain on top of pain, until the song is consumed by a wildfire of shrieks and howls. When the melodies return and De Souza leads us out of the song with a sparkling indie rock coda, I almost needed a moment to catch my breath.

De Souza sourced the song’s screams from fans and family members, allowing people to anonymously send voice memos of “screams, yells and anything else.” If De Souza did all the screaming herself, “Real Pain” would still be a cathartic rush; with the addition of other voices, it feels transcendent. Every person has trauma and baggage as unique as their fingerprints, and the mass trauma of the pandemic had to be suffered alone in our houses or through tinny Zoom calls. “Real Pain” offers badly-needed empathy, extending an invitation to process our trauma together. No matter what battles you’re fighting, no matter how heavy your load, you can join. You can put it all away, throw your head back, and scream and scream and scream and scream and scream.

Joe is a writer, a critic, a musical omnivore, a Long Islander, and a bundle of anxiety. He's dreamed of making a career as a writer since he was a child, which explains why he didn't dream of something a little more practical.
PrevPrevious“Blue Sky Baby” by Imelda Kehoe: Lovely, Earnest Songwriting
Next“Some Sunny Day” by Lloyd Taylor-Clark: A Reflection on the Passage of TimeNext