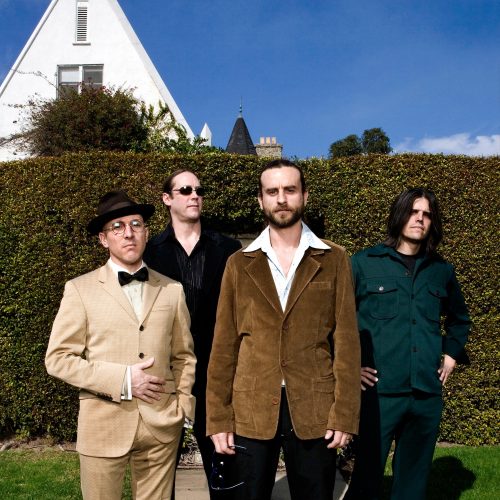 20th-century psychoanalyst Carl Jung was the first to explore the ‘inner child’ theory and its impact on the development of the adult psyche. While some of his work remains controversial, there exists almost a century of support of his inner child theory within the world of psychoanalysis.

According to Jung, every thought, action, and reaction experienced by adults is driven by the inner child, their unconscious subpersonality. Typically, an adult will have either an overall healthy or ‘wounded’ inner child, with the latter being firmly-seated in and unequipped to move past the moment(s) that impacted them.

Featured on Tool’s 1996 Grammy Award-winning album Ænima – a title combining the Latin ‘anima’ (meaning ‘soul’ and used by Jung when describing feminine aspects of the male psyche) and enema (the often unpleasant cleansing of the body from the bottom up), “Jimmy” is an examination of this theory as it pertains to lyricist and vocalist Maynard James Keenan’s childhood experience with his mother’s cerebral hemorrhage which left her with quadriplegia and unable to provide the necessary guidance and nurturing upon which every person’s development relies.

Ænima marks a substantial evolution from Tool’s previous LP Undertow, which saw Keenan delivering lyrics with full-throttle aggression. “Jimmy”, however, is a vulnerable, soul-bearing exploration of healing oneself through regression therapy. Keenan’s vocals are at times clear, quiet, and almost buried in the mix – perhaps due to a lack of confidence in his newly-presented vocal range and delivery, or perhaps simply offering vocals in the manner deemed most appropriate for the song.

Presented in first-person, “Jimmy” is a conversation between Keenan and his inner child. It’s equal parts duality and cooperation within oneself. The conversation consists of the adult recognizing his need to locate the root – the child – and rescue both the child and himself. Simultaneously, the child makes it clear he has been waiting impatiently to be rescued. In response, Keenan offers assurance to his impatient younger-self, who, according to the lyrics has been and will be waiting, defending his light and wondering where the hell have I been?, to which Keenan responds he’s been sleeping, lost, and numb. I’m so glad that I’ve found you.

The character(s’) common goal is reunion and healing, which both realize is the only path forward. In life, this effort rests solely on the shoulders of the adult. Within the song’s conversation, adding substantial poignance, is the vulnerable request made by Kennan for the guidance from the younger self, as he asks the boy to hold your light, eleven, lead me through each gentle step by step, by inch by loaded memory. I’ll move to heal as soon as pain allows so we can reunite and both move on together.

The adult’s need for the child to aid in his own rescue by continuing to shine his light indicates the need of navigational assistance to retrace the path on which he has walked, incomplete, since the age of 11.

“Jimmy” represents 32-year-old Keenan’s view on his mother’s paralysis and the impact it had on him. Interestingly, Keenan would offer two additional and entirely different lyrical works regarding the same topic.

First, as a 36-year-old in A Perfect Circle’s “Judith”, Keenan angrily questions his mother’s unwavering faith, despite the hand that her god has dealt her, claiming it’s not like you killed someone. It’s not like you drove a spiteful spirit to his side. You praise the one who left you broken down and paralyzed.

Finally, as a 42-year-old in Tool’s “Wings for Marie II”, Keenan offers a postmortem imagining of her arrival at the gates, demanding not only entry as a devout follower but to finally receive her wings.

Whether your typical playlist revolves around Swans, The National, Father John Misty, or Joni Mitchell (Keenan’s choice for the ‘if you could have dinner with one person’ question), Tool’s “Jimmy” provides an accessible and critical view into an ever-present and significant aspect of human nature.

A Canadian music lover, Iconic Photograph Specialist, and multi-instrumentalist, Jeff Wood currently splits his years between Canada and the Mayan Riviera. With a post-secondary focus on English and Modern Philosophy, he holds hope that one day artistic integrity will trump commercial viability within the popular music industry.
PrevPreviousRetrospective Review: Perfume Genius’ “Run Me Through” is an Exercise in Embracing Your Shadow
NextLindsey Lomis on “Save Your Breath,” Earning Celebrity Praise, and Performing with Brandi CarlileNext