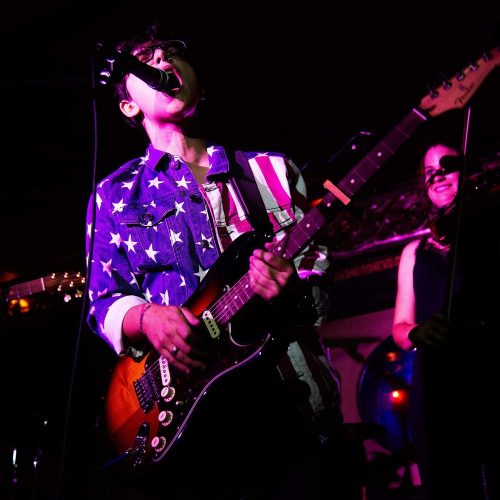 Ryan Cassata is proof that trans people can do anything. In fact, he might be proof that trans people can do everything, all at once. He is a singer-songwriter, an actor, a writer, an LGBT activist, a motivational speaker, and even a model. To make it even more impressive, he’s only 26 years old; for comparison, I’m 23 years old, and today I had a breakfast of frozen waffles and Zoloft at 12:30 in the afternoon. He even has the nerve to hail from Long Island, the same strip of glacial runoff that I call home. Way to make things harder on the rest of us, Ryan! Now people know that Long Island has more to offer than Theresa Caputo and quietly racist suburbs, and I’ll have to start trying again.

In all seriousness, Cassata is an exceptionally talented young man with genuine star power, and one of his more recent songs, “California Woman”, proves it. Although it consists of little more than an acoustic guitar and Cassata’s voice, it never feels like something’s missing. The guitar chords carry a feeling of forward momentum and sunny Californian cool; it sounds like you’re driving along the Pacific Coast Highway wearing a new pair of shades.

Meanwhile, Cassata’s voice is boyish and charming; in terms of its sound, it combines the sweetness of Daniel Johnston’s yawp with a pinch of Dylan-esque nasality. And yet, instead of folky earnestness, Cassata conveys classic, effortless cool. He sings as though he’s wearing a perpetual half-smile, knowing and nonchalant and incredibly charismatic. His presence reminds me of another famous Long Islander: Lou Reed.

In fact, “California Woman” is a very Reed-ish song on the whole, in the way it indulges in satisfying rock n’ roll tropes while subverting them at the same time. It’s about a red-hot, free-spirited relationship between Cassata and the titular California woman, and Cassata’s rockstar charisma and evocative lyrics help to sell it (“it’ll take flying saucers to get rid of me” is the kind of line I’m surprised I didn’t hear on a classic rock station somewhere). And yet, for all his cool, it’s Cassata who ends up handcuffed to the bed by his lover, even as he admits he’s faint-hearted when it comes to getting freaky. He may “drop at the sight of blood”, but his girl likes getting rough, and if it’s good for her it’s good for him.

It’s clear that the California woman’s pleasure is just as important as his own, and lines like “we can go all night, tell me when you’ve had enough” show genuine care behind the macho swagger. And if you thought that they might indulge in other vices of the course of the night, think again: “We quit drinking, we don’t even fuck with drugs,” Cassata proudly declares. When it comes to sex, drugs and rock n’ roll, two out of three ain’t bad.

“California Woman” cheerfully queers traditional rock narratives. The charismatic frontman is trans, the California woman doesn’t need to be tamed, and there’s not a drop of toxic cock-rock masculinity to be found. There’s only two people who are crazy for each other, doing their best to make each other happy. Now that’s cool.

Joe is a writer, a critic, a musical omnivore, a Long Islander, and a bundle of anxiety. He's dreamed of making a career as a writer since he was a child, which explains why he didn't dream of something a little more practical.
PrevPrevious“Rose Gold” by Emily Merrell: A Luxurious Breath of Fresh Air
NextBrad Peterson’s “Keepsakes in the Garbage” Is a Memorable Ode to Moving OnNext