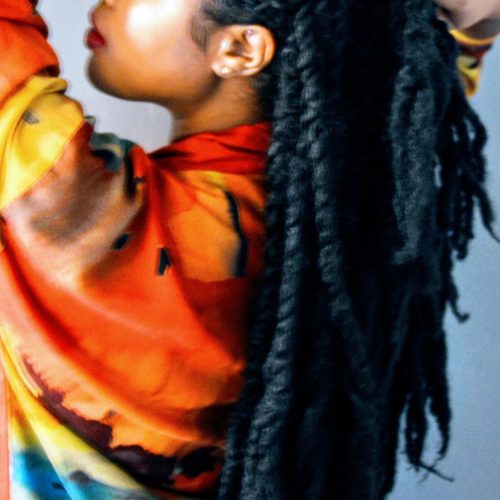 Ryn Nicole is one of those immensely talented artists who would have fit right in with Hemingway in the Twenties, Duke Ellington in the Forties, or Cuban salsa legend Celia Cruz in the Fifties.

Ryn gives new meaning to the word “eclectic.” She grew up listening to country artists like Rascal Flatts and Shania Twain, but now is making a name for herself as a singer and songwriter in pop, rap and R&B.

She has lived for extended periods in both Spain and Cuba (very Hemingway-esque) and now resides in L.A.

Ryn’s songs are a delight, both musically and lyrically. Check out these great lines from her new single “Anxiety”:

Her previous single “What Not To Do” has the most attention-getting opening line I’ve heard in ages:

Been waiting longer than a bathroom line at a festival

Very few artists can sing as beautifully as Ryn Nicole while tossing out lyrical gems with the ease of Nas or Bob Dylan. Her songs have vaulted to the top of my “Best of 2022” list.

Your lyric-writing talent is off the charts! (“stuck in the city calling Uber Eats”). What lyricists did you like growing up?

Thank you so much! I’ve really gotten to refine my writing skills by working for years as a songwriter in multiple genres: pop, R&B, country, sync, you name it. But even as a child I used to love to read along to the lyrics in the cover inserts of the CDs I’d purchase. As important as melody is to a song, I’ve always relished that feeling of getting lost in a really great story. Growing up, I was definitely drawn to great story-telling singer/songwriters. My childhood CD collection consisted of albums by Shania Twain, Rascal Flatts, Corinne Bailey Rae, and Tracy Chapman among others.

You’re fluent in both English and Spanish – and have lived in Cuba. What was the music scene like in Cuba?

In Cuba, live music is king! There are so many great places to dance or just stand back and enjoy the sights, sounds, and tremendous musicianship. You can get a cold drink and listen to salsa at Casa de La Musica, or you can enjoy art during your night on the town as local celebrities grace the stage at Fabrica de Arte Cubano. One of my absolute favorite places is called Studios Egrem. I remember being there one night watching the musicians perform tributes to the Orishas and I was just mesmerized.

I love your featured vocal in Berner’s rap song “Zoning.” How did you get involved in that project?

In 2021, I was co-writing a lot with R&B singer Adrian Marcel for his upcoming full-length release. Adrian is from Oakland, so on a few occasions we rented an AirBnB in the Bay Area and locked in with other creatives for about a week at a time to work on music for the project. A number of talented artists, writers, and producers would come by and sit in, and it was there that I met and built relationships with Grammy-nominated producer Max Perry and Adrian’s longtime business manager Schreen Gomez. Max has worked with Berner for years, so when Berner wanted a female writer to write the hook for “Zoning”, he and Schreen recommended me for the opportunity. I was originally hired to write the hook for another artist to sing, so when the album came out with me listed as the feature I was honored. I will forever be grateful to Berner, Cozmo, Max, and Schreen for the part they all played in making that happen for me.

Your previous single “What Not To Do” is also fabulous, both musically and lyrically. What’s the story behind that song?

When I decided earlier this year that I wanted to start writing songs for my own artist project, it was important to me that I was authentic and honest in the creation of the music I was going to release. I wanted to give my audience a glimpse of who I really am, flaws and all, and when I sat down to write the first song for the project I found myself reeling with doubt in places I thought I had healed. I realized that our outlook on life, the extent of what we dare to dream or hope for, can often trace back to our interpretation of a particular person or set of experiences in our past. This particular song is written about loving someone incapable of loving you back, but instead of understanding that they were incapable, you begin to believe that you yourself are hard to love. I believe there may be more people than we know who may relate to the sentiment.

Huge shout out to The LX who produced the beat for “What Not to Do”. He is an immensely talented producer.

Larry McClain is a former ad agency blogger who writes for music and travel magazines in the US and UK.
PrevPreviousLaura Musgrave on “One Family” and Confessional Lyrics
NextIs Music PR Really Worth It?Next