Samantha Margret on “Rage,” Stylistic Evolution, and the Lure of Broadway 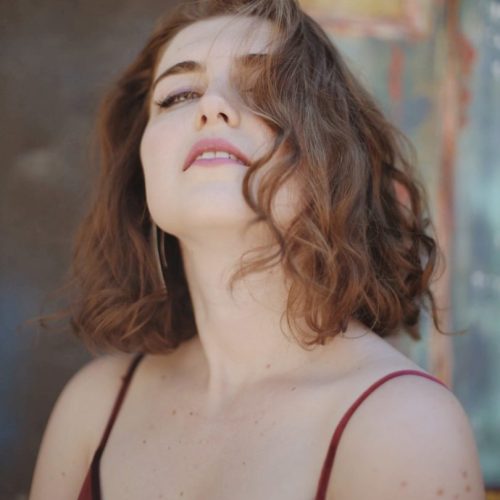 There are very few songwriters today who are ready to step into the shoes of Aimee Mann, Sara Bareilles and Lana Del Rey…but Samantha Margret is one of them. She tackles important themes in an astonishing range of styles.

It may be a cosmic coincidence, but the title track of her new EP RAGE was released the same day that Roe v. Wade was overturned. It’s a song that mesmerizes with its smoldering emotion and skillful wordplay:

Rage is a funny place

Where every hand is spades

While some songwriter/artists get stuck in a stylistic rut, Samantha never ceases to grow and evolve. For example, her 2020 singles “Cucumber Summer” and “Saucy” had an easygoing, Sofi Tukker-esque charm. And her song “Matthew McConaughey” featured a fabulous, Lorde-like chorus. In contrast, the songs on RAGE are much more introspective and raw. The common denominator is stellar singing – sometimes airy and feathery, sometimes white-hot with emotion.

A songwriter/singer this special doesn’t come along very often, so savor every note of her new EP.

Your songwriting style has changed dramatically from 2020 to today. Your 2020 songs like “Cucumber Summer” and “Saucy” were sunny and playful. Then came “RAGE,” which is beautifully dark. What caused the change?

Yes, there’s been a big change! Thanks for looking back at the old songs too. I try to keep them in mind and give them love even as new music comes out.

I go through what I like to call eras as an artist. They’re intense creative periods where I’m working through an idea. That working through often yields a lot of songs with similar energy.

During Covid, I really needed an outlet for silly, ridiculous impulses. Everything felt so serious and tense, and for good reason. My music became this corner where I could explore little dirty jingles and funny songs about famous people. That series of songs was also a reflection of some of the freedom I found in being alone. I didn’t feel the need to be a “serious” writer or impress anyone because it was just me, my partner, and my cat all day, every day.

Emerging from that period of creative freedom back into the broader culture has been tough. It’s as though shutting myself away gave me the opportunity to unlearn a lot of harmful messages that I get from society every day about what it means to be an embodied woman. I didn’t have to engage with toxic masculinity, sexism, or body shame in the way that I do when I navigate the world outside of my house.

The video for “RAGE” reminds me of the Oscar-winning cinematography in Stanley Kubrick’s movie Barry Lyndon. Was it difficult to get the mood and lighting right?

Wow! What an honor. Because the EP plays as one piece, start to finish, I wanted the music video to reflect that. It’s a journey from rage, to shame, through the understanding of that shame, and into healing. I knew that part, but I’m not an incredibly visual person, so I also knew I would need help from people whose creativity I trusted. I have a tendency to try to do everything myself, but I have experienced the magic that can happen when people really collaborate.

Kari Lawson (aka Exxy) directed and edited the video. She has such an eye for color. Morteza Rafiei did all the lighting. The two of them set up each shot diligently. Kari did everything from writing the shot list to figuring out how to put a smoke machine in a refrigerator.

Do you still split time between San Francisco, L.A. and Nashville?

I moved to LA a little under a year ago, and the post-Covid world is so much more virtual that I’m a lot more stationary. I’m still writing with my cowriters in Nashville and San Francisco, but, most of the time, I do it from my living room.

Sara Bareilles has been a big influence on your music. I could see you following in Sara’s footsteps and having a Broadway career. Is that something you’d like to do some day?

This is always my favorite compliment, so thank you! I love Sara Bareilles, and any time someone thinks I could do something she does, I’m flattered. My college roommate and dear friend Danielle bought me surprise tickets to see Waitress on Broadway a few years ago for my birthday. I didn’t get to see Sara, but that musical was an absolute triumph.

I grew up doing musical theater. I think that’s the way a lot of singers get into songwriting. We’re on stage, portraying a character who breaks out into song every time she has a big feeling, and we think “yeah, I could totally sing about all my real-life big feelings.” Given the right opportunity, I could totally imagine going in that direction.

Larry McClain is a former ad agency blogger who writes for music and travel magazines in the US and UK.
PrevPreviousHow to Create a Spotify Canvas Video
NextFauness Laments the Death of “Mystery” on a Powerful New AlbumNext