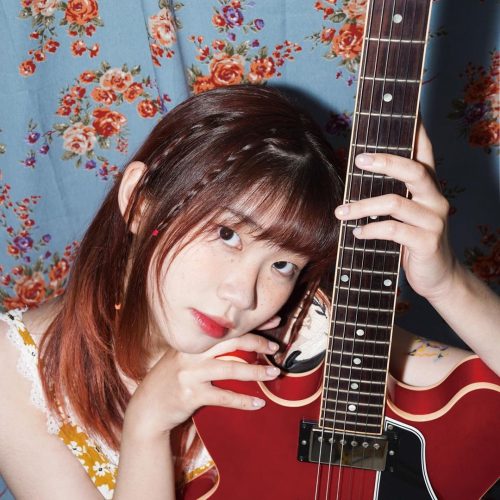 Soffee’s music is a latte.

It seems the autumnal-themed songs are rolling in with the turn of Fall, and Soffee‘s 8th single “Orange Maple” is no exception. While the titular maple tree is Fall-themed enough, I dare to make more parallels. Indeed – Soffee’s sound is not just the tree; it is itself like the paper-cup latte that warms the wind-bitten hands of those who have not quite dusted their gloves off.

But we’ll get into that later. First: the single.

With a discography that has up until now been in Korean, Soffee’s new song is the first release in English, delivering a poetic single worthy of any movie’s melancholy montage.

“Deep inside the warmest heart, cannot seem to find the words
So she points a finger towards the orange leaves that I adore
Meaning that she wants to give despite the emptiness inside
With her burned out heart I get why she’s desperate to hide”

When I first heard this song, I felt an immediate resonance – the drifting vocals, echoing harmonies, simple guitar and imaginative lyrics. The sometimes difficult-to-discern parts only aid further in its sense of poetry; the lines themselves lift up in rhythmic quickness, beating high before dropping at every downbeat, “warm-EST /heart/, can-not seem to find-THE /words/”, giving a sense of striding but inevitably falling. Such a rhythm perfectly mirrors the orange maple, the leaves lifting with the wind but always – at some point – falling to the ground.

As the song beats on, the image of the maple and the girl with the burned out heart meld; the girl seems to be hiding her true identity from the world, attempting to stop the transit of time and slow the seasons of her life. Soffee suggests she has the answer to her emptiness, but that the girl might not want to hear it. Why fight the shedding of old leaves, or the transformative rest of winter? Why fight the person you’re becoming?

“When I say why’d you even try to be something that you’re not
Will she be mad since I found the cure to her endless nightmare?”

In between these strident verses are soft harmonies mimicking the drifting of leaves and cold winds blowing in. At times the acoustic guitar runs in with delicate fingerpicking and the high pluck of a harmonic. The falling beat becomes hypnotic; Soffee, rather than wrench the fear from her subject, gently lulls her into a natural shedding of anxiety and artifice.

Perhaps you might now wonder how something so somnolent could be described as a latte.

When I’m not writing articles for TSM, I’m writing in poetry groups. One of the exercises we do is an investigation of the emotional core of each poet’s corpus. It’s a lot simpler than it sounds. The idea is that every poet, in every single one of their poems – no matter the subject – ends with a common emotional note, whether it be of anger, curiosity, whimsy. or something else altogether. It’s a fascinating exercise that I’ve let transfer into my study of my favorite music, too.

Soffee’s music has a sadness that doesn’t stick – each song tristful, but always hopeful. In fact, all its heaviness only serves to make the message lighter, the dim, mellow instrumentation brightening the harmonies. Like the all-enveloping bitter grain of espresso suddenly stung with frothy milk and sweet vanilla syrup.

If, like the burned-out girl of the song, you’re feeling a little overwhelmed by the sudden rush of the school year, Halloween decorations (God forbid Christmas decorations), or the coming winter cold (maybe you too feel the need to “give despite the emptiness inside”), take comfort in Soffee’s song.

At first it might feel like there’s too much going on to allow yourself that moment of hibernation. But once you get a taste of it, I have a feeling – like me – you’ll keep coming back for the sweet, warm jolt of hope nestled inside. 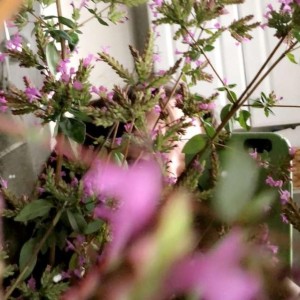 Sophie is a 20-something Pittsburgher with a love for indie music. When she isn't digging through google-translated websites for new music, you can most likely find her rereading Lord of the Rings, playing games like Hades or Zelda, or coming up with stuff on the guitar.
PrevPreviousFeist Excavates Decaying Relationships on “The Bad in Each Other”
NextWhat Is Engagement on Spotify (and What Does Good Engagement Look Like)Next