“Spitting Off the Edge of the World” by Yeah Yeah Yeahs feat. Perfume Genius: Joyful Music for the Fight Ahead 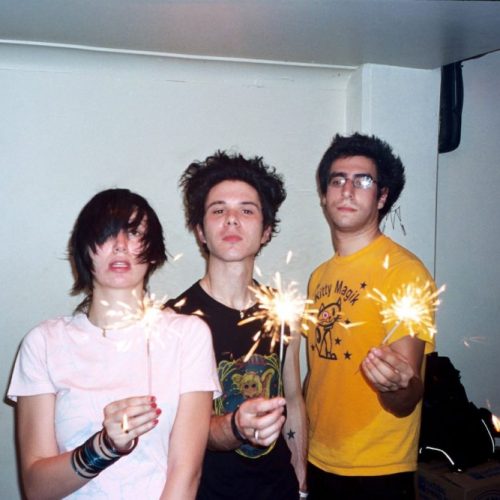 The indie rock trio Yeah Yeah Yeahs ruled the pop, rock, and even alternative charts in the early 2000’s. Between their iconic tune “Maps” appearing in the original Rock Band video game and their 2009 hit “Heads Will Roll” continuing to be a club anthem, we never forgot about Yeah Yeah Yeahs. But after almost a decade of no new music from the band as a whole, they’re back and ready to rule the charts once again.

“Spitting Off the Edge of the World” is a power ballad from the band’s upcoming album Cool It Down (Shoutout to the Velvet Underground!), which will be fully released in September. After listening to this single, you’ll want to pre-save Cool It Down stat. This tune perfectly captures the band’s distinct sound that is so nostalgic to most, while implementing Perfume Genius’ emotional, more intimate voice that many know him so well for.

The song tells a story of angst, rebellion, and rebirth; which is definitely on point for a comeback track. Starting slow, some rhythmic drums keep the beat. With confidence, the opening synthesizer riff cuts right through the silence early on, sounding straight out of a coming-of-age movie soundtrack. Vocalist Karen O hits us with the opening lyrics as the synth continues.

So bow your heads

In the absence of bombs

Her soft voice contrasts with the harsh synth eloquently, sounding like she’s almost warning us of what’s to come, preparing us for battle. Along with the mention of bombs and bowing heads, we know something is going to happen. The instrumental slows to a dreamy state as Perfume Genius makes his appearance, his fragile voice pairing so well with the lyrics.

Karen O comes back, with a whisper, over the slowed down melody.

And the kids cried out

The tempo builds up once again with the combination of those natural and electronic beats as Karen O spits the iconic title lyric.

We’re spitting off the edge of the world

Never had no chance

Intense instrumentals blare in; the combination of percussion and synth creating a feeling of revolution and urgency. This part alone is enough for a new generation, or honestly any generation, to feel inspired and capable of change. The powerful chorus is the cement of this track, and it’s not cracking anytime soon. The second bridge adds to that and addresses the darkness of the past while still pushing forward towards the future, a story of growth.

Mama, what have you done? I trace your steps

In the darkness of one, am I what’s left?

Silver lines whisper to me

Wounded arms must carry the load

The wounded arms hold our fate. The torch is being passed to the new generation; these kids soon to be in charge. That’s scary. It can be hard to visualize the future when everything around you is seemingly falling apart, and that’s why “Spitting Off the Edge of the World” is such an inspiring track. The world is messed up for sure, but sometimes, like Yeah Yeah Yeahs, you just have to spit off it. 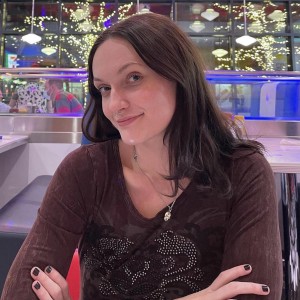 Emily is an English student focusing on publishing studies at Illinois State University. Aside from her passion of writing, she loves all things pop culture. She prides herself on her perfectly crafted Spotify playlists and impeccable taste in film.
PrevPreviousMusosoup Review: An Unbiased Look at the Platform Based on Real Campaigns
NextMarielle Kraft on “I Kissed a Boy,” Pop Pride, and Celebrity CoversNext