Spotlight is on Hindsight in Ian McFarland’s “Reckless Behavior” 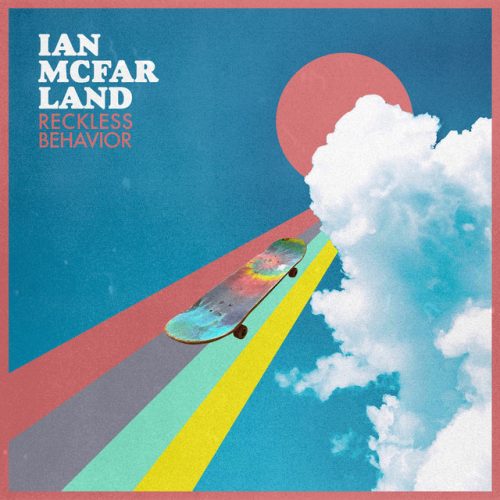 The introduction to “Reckless Behavior” is an invitation into an experience. It begins in the present tense, with what seems to be the sharing of a secret. “She says she likes cool skater boys,” Ian McFarland sings. I envision a friend whispering this to McFarland as they pass his crush in the hallway. This information fills him with giddiness and hopes that this dream girl could share his future.

After the spark of imagination, the lyrics begin to describe his object of affection. She seems to be a thrill-seeker, nursing a desire for danger, as told by, “They make her feel all kinds of joy / With their reckless behavior.” Her search for the path not taken makes her similar to every other young person, allowing “Reckless Behavior” to leave a nostalgia-shaped impact on us.

This theme of youthful ignorance is continued as McFarland describes the girl, Melody, as his savior. He thinks of her as his muse, even though they have no trace of a relationship. It’s reminiscent of Gatsby and Daisy of the Great Gatsby, a timeless tale of extended idolization. Or, in this case, you could call it puppy love because it doesn’t seem to be extended.

Melody is developed into a fuller person as her interests are described. She is artistic and romantic and individualistic. “She writes songs about California / But she’s never been there / She won’t admit that,” is what’s said of Melody. At her core, she aches to be an outlier, someone worth noticing. The narrator does see her as special, but he doesn’t

Adolescence connects with adulthood as we are led into the chorus. “Living in a dream / Living in a dream,” the singer croons. It’s as if the narrator is laughing at how airheaded Melody can be, but realizes that he is no better. His fantasy relationship with her is no more real than her visiting California.

Past tense appears in the next verse, “I think I missed my one chance / She moved on from skinny jeans to mom pants.”’ McFarland realizes his loving knife has sharpened and become a typical piece of cutlery in society. That Melody is no longer the dreamer that she’s etched into his memory as. This realization results in remembrance of her fondness for his former pastime. Then, the narrator regrets not informing her of his infatuation.

Before the return of the chorus, Melody’s music habits are mentioned. “She listens to music with her headphones / But it’s not my song / No, it’s not my song,” is where the narrator accepts that she is no longer a naive high schooler. They have separate lives, ones where Melody never thinks about her affection for adrenaline.

We are greeted again by imagination in the second chorus. “Living in a dream / Living in a dream,” is repeated. This time, McFarland’s words tell that Melody is no longer a subject of ridicule, but that the narrator is instead. His rose-tinted memory is a childlike embarrassment.

McFarland exits with a beginning. “Oh, how I missed this / Yeah / Feeling on feeling on feeling,” shows the narrator exploring opportunities for romance. He is finally seeking out what he wished for with Melody. 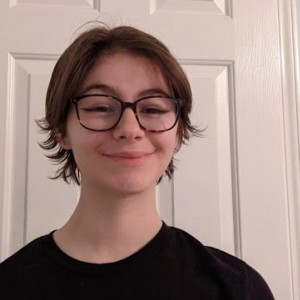 PrevPrevious“Baghdad” by Flo Perlin Wraps You in Daydreams
Next“Keep Me Occupied” by Little Lungs: Desperate to Stay BusyNext