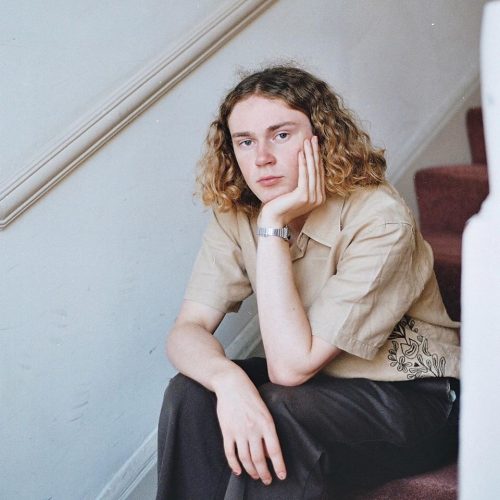 Of all the art movements we learned about in elementary school, I responded to impressionism the most. It was the one kind of art I could do decently, for one thing: it allowed for less precision, which was helpful back when I could barely even manage stick figures. But it went beyond just what I was capable of doing. I was happy just looking at the Monet and Renoir paintings hung up in the art room, or in the thin little picture books on the paint-spattered wooden bookshelf.

It was the colors that caught my eye: rich, saturated, vivid colors, as important for defining an object as its shape. A brilliant orange sunset reflected upon the water; mottled rainbows of flowers in a garden; a blue footbridge arcing over a river teeming with water lilies. In their vibrancy, they felt more true to life than any photorealistic painting of a bowl of cherries. It was beautiful, but it was thrilling, too: for the first time, art felt tangible to me.

Alex Stephens, the British singer-songwriter who performs under the name Strawberry Guy, is heavily influenced by impressionism: it’s in his Twitter bio, after all, and his upcoming debut album features a Monet painting on its cover. Released last month, the title track for his upcoming Sun Outside My Window (out October 29th) shows just what this young artist is capable of, and just how thoroughly he has internalized what makes impressionism work.

“Sun Outside My Window” starts with a sudden glissando of synthetic keys and strings, sounding like a flurry of jewel-colored butterflies fluttering past. Once they have finished their ascent, they settle into an uncommonly rich groove, the rhythm never getting lost beneath the lush orchestration. I’m reminded of “Race for the Prize” by the Flaming Lips, if that song’s wide-eyed exuberance were replaced with a painter’s steady hand.

Stephens’ vocal performance is dreamy and a little distant, not quite happy and not quite sad. Sometimes it’s reminiscent of Dan Bejar’s wry deadpan, but the lyrics, unlike on your typical Destroyer song, are direct and simple here. Our song’s narrator is feeling a change in his lover’s attitude, and fears the worst: “you tell me I’m wrong, was it all pretend?” But despite his unease, he feels free and easy in the presence of his paramour; besides, as the chorus reminds us, “there’s sun outside my window.” How bad can things really be?

Stephens leaves it ambiguous as to whether or not something really is the matter, which is a smart move. As with impressionism, it’s not the shape, or the absolute reality of a scene, that makes something feel real. It’s the color, the details that feel true and helps you connect with the material. In this case, it’s those lovely arrangements and hooks: the churn of the synth strings around Stephens’ Mellotron, the gentle click of percussion, the golden-hour saxophone outro. Any conclusions you draw from the lyrics will only resonate that much more.

Joe is a writer, a critic, a musical omnivore, a Long Islander, and a bundle of anxiety. He's dreamed of making a career as a writer since he was a child, which explains why he didn't dream of something a little more practical.
PrevPrevious“The Time It Takes To Fall:” A Glorious Tribute to Rock’s Youth
Next“Calle Easy” by Johnny Payne: Relaxed Tune with More Under The SurfaceNext