Tess Henley on “Not in the Mood,” Great Parents, and Dino 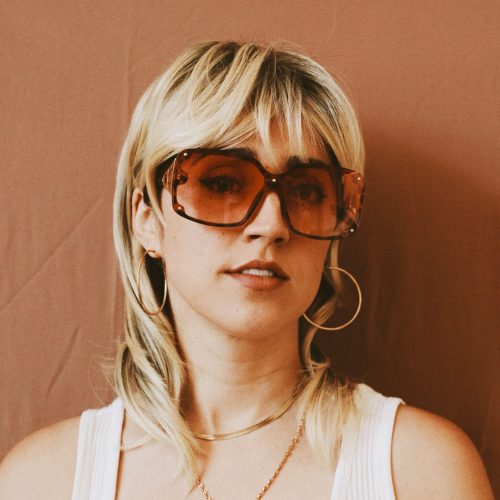 Singer-songwriter Tess Henley should consider changing her name to Dawn Henley because many of her songs have the world-weary sophistication of The Eagles’ frontman. Her new single “Not In The Mood” perfectly captures the relationship ennui that the other Henley often sang about.

There’s no other way to say I need my space

I’m just not in the mood for you

But Tess can also be lighthearted and downright funny. For example, her 2019 song “Dean Martin” contains these great lines:

Dance in the kitchen with me Dino,

Henley’s voice is definitely a classic. Some of her songs have the sizzle of Rickie Lee Jones’ brief-but-brilliant heyday. Others sound like Bonnie Raitt, which isn’t surprising considering that she once worked with Raitt’s longtime producer Don Was.

All that Tess-talent makes us hanker for her new album Paramount, slated for release this fall.

You’ve won more prizes and awards for songwriting than any artist I’ve ever interviewed…including a Guitar Center prize that put you in the studio with legendary producer Don Was, who produced Bonnie Raitt’s Nick of Time and Luck of the Draw. Growing up, were you a fan of those albums?

My parents introduced me to Bonnie Raitt as a kid – her voice, tone, and melodies stood out to me then. My mom was in a band and would practice songs in the car as we drove around the city. I remember pulling out the folder of lyrics she kept on hand and singing along with her. “I Can’t Make You Love Me” and “Something To Talk About” were a couple of the songs my mom’s band covered.

You have a terrific voice and style that are reminiscent of Rickie Lee Jones, Laura Nyro, Rita Coolidge and other all-time greats. What singers have influenced you the most?

Thank you. I recall Don Was mentioning Laura Nyro when we met. It’s difficult to pinpoint my influences, as I feel like I soaked in and enjoyed many different styles of music that have seeped into my own. And maybe taking it in so viscerally makes it all feel like it had some effect. My mother was certainly a major influence. Stevie Wonder played a big role in my childhood musical memories. The Beatles, Aretha, Michael Jackson, Lauryn Hill, Sade…I could go on.

What was the best thing about collaborating with Jesse Boykins III on “Not In The Mood”?

The best part of working on “Not In The Mood” with Jesse was simply the fun we had making it. We co-produced the track with Naz, and it became more of a laidback studio hang than “work.” Before we knew it, we had a song.

Your upcoming album will be entitled Paramount – a very intriguing title. Is it about the things that are of paramount importance in your life – or are you just a fan of classic movies from Paramount like Titanic?

“Paramount” is a song on the album with its own meaning inspired by the love my parents have exemplified in my life. The time during which I wrote these songs was filled with extreme ups and downs. It felt like a pressure cooker period, and ultimately the album really became all about the process of the breakthroughs and the breakdowns when going through change. The process of building the things of paramount importance, fighting for them, gaining them, losing them, redefining them, learning from them, loving them, etc. That is Paramount.

But Titanic, Forrest Gump and Grease are classics too.

Larry McClain is a former ad agency blogger who writes for music and travel magazines in the US and UK.
PrevPreviousGracie Ray on “Love, Quarantine,” Noble Breakups, and Rio
NextLoss/Love/Loss: Radiohead’s “True Love Waits”Next