“The Pigeon” by The Ampersands: A Humble Bird as a Metaphor 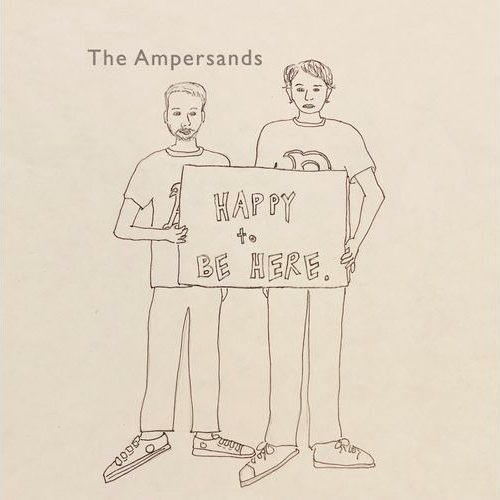 I live on Long Island, which means I don’t really see pigeons very often. The winged pest of choice here is the seagull, a dirty-feathered maniac of a bird who craves boardwalk french fries but, failing that, will settle for your blood. I only see pigeons when I have cause to go into the city, and they’ve never given me any trouble. They bob and weave their way through parks and side streets, looking for scraps and litter that might make for a nice meal. If you come too close, they fly away or simply ignore you until you leave. If you keep your distance, they may stare at you with those big glassy eyes, showing neither happiness nor fear.

It’s hard to imagine the life cycle of a pigeon. I know logically that pigeons are hatched from eggs, but I’ve never thought about a mother pigeon tending to a nest, and I don’t know what a baby pigeon would look like. I’ve never thought about old pigeons, sick pigeons, dying pigeons. If I found out that pigeons didn’t lay eggs, but rather spawned like mushrooms from subway stations and sewer grates, I would be surprised but not shocked.

Luckily, the Twin Cities-based musical duo The Ampersands have given more thought to the humble pigeon than I have. Aaron McQuade and Jim Pace have written a song, “The Pigeon,” from the point of view of the bird itself, and while we later come to recognize the pigeon as a metaphor, it’s undeniably evocative. The first section rides a jaunty, ELO-esque piano bounce, about the same speed as a bird walking in a hurry.

The vocalist sings from the pigeon’s point of view, reflecting on its existence: “I don’t know why/I’m too lazy to fly,” he sings, and on the surface he sounds resigned to it, even as he sees his friends up on the wires. But there’s a minor-key undercurrent to it all, and the metaphor reveals itself once the piano drops out. One day, the narrator remarks, he’ll grow restless and fly away to a distant town, where he’ll find another street corner and “probably do the same.” What else is there for a pigeon to do, after all?

What I like about that line, and the song in general, is that it tells us a lot about our narrator while still leaving room for ambiguity. It takes a certain person to identify with something as common and disdained as a pigeon, after all, and there’s a mix of pride and sheepishness as he considers how unambitious he is. Is his admission that he’ll probably end up on another metaphorical street corner (another banal routine) meant to lament his lack of options? Or is it meant to illustrate his lack of imagination, his inability to see the possibilities that are laid out for him? The rest of the song, which transforms into a chugging indie rocker and then into an indietronica rave-up, suggests that there’s hope for this pigeon yet.

Joe is a writer, a critic, a musical omnivore, a Long Islander, and a bundle of anxiety. He's dreamed of making a career as a writer since he was a child, which explains why he didn't dream of something a little more practical.
PrevPrevious“Loveland Pass” by Lionlimb: Mental Health’s Long, Rocky Road
NextElly Kace on “Are You Ready?” and Musical InspirationsNext