“the sea is coming in” by Naomi Pacifique: Gorgeous, Sensual Music with Expressive Vocals 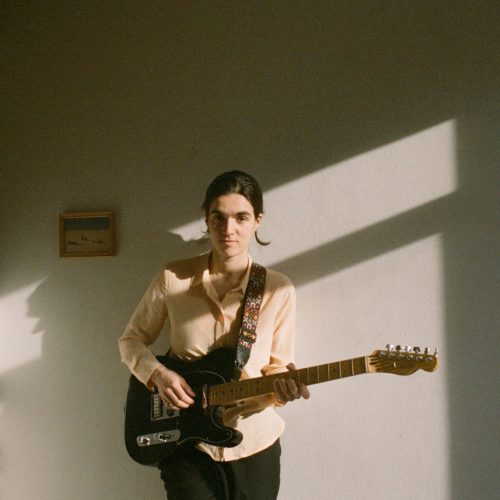 Roger Ebert once said “it’s not what a movie is about, it’s how it’s about it.” The same principle applies to songwriting, perhaps even more than it does for movies. Movies, after all, are mostly driven by narrative, no matter how oblique or strange that narrative might be. While there are some songs that adhere to a narrative, many songs are more about capturing a mood than a story; to continue the comparison, these would be more Dog Man Star than Citizen Kane. But all good songs have a purpose, a reason for existence, a spark – and that’s what “the sea is coming in,” a new song by Naomi Pacifique, has.

“the sea is coming in” (written all in lowercase) is a love song of sorts. The narrator is addressing the song to a sexual partner, whether they’re a spouse, a boyfriend/girlfriend, or just a fling. It’s unclear whether this relationship is romantic in nature, or even if it’s still ongoing, but the narrator has been deeply affected by it all the same. Described like that, it sounds fairly quotidian: there are probably thousands and thousands of songs that fit that description. But the way Naomi Pacifique approaches the material creates such a unique, spellbinding atmosphere that “the sea is coming in” feels like one of a kind.

The lyrics tell a story through fragments, scintillating little details that paint a broader, grander picture. The two lovers press their bodies against each other in “a kitchen that wasn’t [theirs].” The narrator waits by her lover’s school for them, and they arrive just as she turns to leave. They attend a workshop of some kind; exactly what kind is unimportant, because what truly matters is the way these two people think about each other, and how they think about themselves when they’re together.

This is a sensual song, and the musical elements of “the sea is coming in” reinforce that every step of the way. It begins with a groaning guitar chord, bent to resemble a foghorn, sounding off twice. The sea may be coming in, but it’s not as foreboding as the intro makes it sound; the music settles into a gentle, two-chord pattern, played with the lightest of touches on an electric guitar. It sounds like a sunset, orange and purple and pink smeared across the sky. Pacifique’s voice fades in just as steadily, beginning with a murmur: “the sea is coming in/the sea is co-ming, co-ming.” It’s gentle and lovely, and it’s the first sign of what Pacifique is capable of.

From there, she delivers the lyrics in a meditative, expressive speak-sing, taking clear joy in the way she bends words to sharpen their impact. She shifts into her head voice on some syllables: “in the kit-chen that wasn’t ours.” She stretches words into curious shapes: “holding” becomes “hold-dinnnnnnnnnng,” Pacifique delighting in the playful guttural nature of the sound. She flirts, practically waggling her eyebrows when asking “what were you thinking of then?” to her lover; she shows her vulnerability with every low, throaty note of longing. It’s masterful, and it’s unique – just like the song itself.

Joe is a writer, a critic, a musical omnivore, a Long Islander, and a bundle of anxiety. He's dreamed of making a career as a writer since he was a child, which explains why he didn't dream of something a little more practical.
PrevPreviousDaimoon Media Review: What Happened When I Tried Their Spotify Promotion
Next“I’m Yours” by Tino del Pozo: A Song of Love and YearningNext