Trentemøller on “In the Gloaming,” “Dead or Alive,” and His New Post-Punk Sound 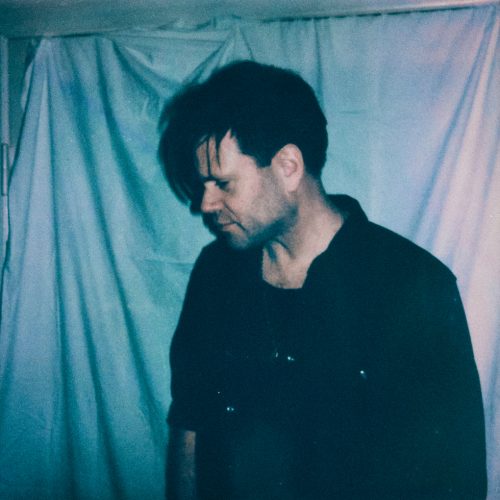 There have always been post-punk influences in Trentemøller’s music, but two of the singles preceding his upcoming Memoria really bring them to the forefront. While the Danish musician started out making dark, Knife-esque electronic music, his ear for repetition and textures brought to mind certain gothic rock groups: the foreboding, jagged majesty of Bauhaus, for instance, or some of the more spectral bands in the early days of 4AD. Now that he’s immersed himself fully in the genre, he’s proven to be a natural at it, and these two singles display that in wildly different yet equally interesting ways.

“In the Gloaming” was the first single, released in September, and it’s immediately recognizable as old-school dream pop. The genre has become inundated with same-y guitar textures and thin vocals these days, so it’s refreshing to hear a song that really nails the feeling one gets from listening to early Cocteau Twins: something warm, strange and romantic, disconnected from reality yet utterly welcoming. An elegant procession of synths and guitars clear the way for Lisbeth Fritze, whose vocals curl in the air like purple smoke. The lyrics, as ever with dream pop, are hard to parse, but they add to the swooning, romantic atmosphere: “You draw me in/You pull me down/A rose behind all those many thorns.” Later, she sings that “all the stars are aligned” for her and her lover, and it doesn’t even feel like hyperbole.

“Dead or Alive,” the third single, goes in the complete opposite direction. Instead of dream pop, this song channels the noisiest, most repetitive post-punk out there, the kind influenced by experimental krautrock: think The Fall, or Joy Division at their most brash. A repetitive, droning bass line is swarmed by whining synths and sharp shrapnel hits of drum, then a voice hisses again and again: “you’re not dead or alive.” The song’s dread-soaked atmosphere suggests that nightmarish liminal state, but it’s impossible to listen to this song and not feel alive.

Ahead of the upcoming Memoria, we interviewed Trentemøller on his influences and ideas when making this album–and these songs.

“In the Gloaming” and “Dead or Alive” both show the influence of post-punk on Memoria, but in two dramatically different ways. What were your approaches to creating both of these songs, and why were they your choices for singles?

Yeah, it’s two very different songs with a quite different vibe going on. “In The Gloaming” was one of the first songs I wrote for the album and it is based on that little synth theme in the beginning. One day I was sitting in a summerhouse I rented, and I was actually a bit bored. I wanted to write some music, but I didn’t bring any instruments as I usually do, so the only thing I had for playing was my laptop with my DAW. Since I didn’t have a synth or keyboard to play on, I just used the keyboard on the laptop itself to create this simple synth theme. It made the core of the whole song. I wanted it to sound both epic and intimate at the same time, and I liked the melody in the theme — it inspired me further to write the melody of the vocals.

“Dead Or Alive” was written and recorded in my studio and this track was one of the last I did for the album. I felt that it needed some energy in the middle of the album, so it didn’t become too dreamy / shoegaze-ish. One day in the studio, everything was really not working for me. The song I was working on sounded like crap and even technical stuff was annoying me because I couldn’t make it work. I felt quite frustrated and erased the song I was working on, and started playing this bass line you hear in the beginning of “Dead Or Alive.” Then I recorded the drums and guitars and within 30 minutes, I nearly had the whole song. Including the vocals which are super simple…only the “you’re not dead or alive” lyric. Don’t really know what it describes, it just felt right to sing in the moment. Normally I don’t sing in my stuff myself, as I really don’t have a nice voice, but for this it worked, I think. So all in all, this was a track done from start to finish in around half an hour. But I like that it’s so simple and it has that punky energy, and kind of a claustrophobic feel to it!

Tell us a little more about the story behind “In the Gloaming.” Was it based on any sort of life experience?

I think all the lyrics I write for this album are. But, they are quite open and a bit abstract. I more see them as an extra instrument in the music, something that glues the music together, so to speak. It’s never a story being told from A to B, but rather a kind of painting I created to support the music. I like to not really analyze them that much, but here, it’s about a relationship that might not last, or you want it to last but you need something to guide you through.

“Dead or Alive,” by contrast, only has one line of lyrics, but you can still hear a sort of narrative in the way the song builds and explodes. As an electronic artist, what are the different ways you, to quote Brian Eno, use repetition as a form of change?

I like repetition but at the same time they can be really annoying — that’s the beauty of it. I’m really inspired by kraut rock and the repetitive drums in the motorik sound. A band like Neu has always inspired me. I love how their drums are quite “cold” sounding — the drummer nearly sounds like a drum machine, but you still get that human feel and randomness to it. The contrast in the drums being static in a way without being boring, and then the rest of the instruments breath and live and wave in and out of different soundscapes. That clash is magical. I think a lot of pure electronic music quickly gets extremely boring as you can hear a lot of “copy/paste” in the music. You might have eight bars of drums and then you just copy those eight bars with slight variations and since it’s all machines, everything is playing exactly the same way every time. That bores me a lot, to be honest. I like when there is a development in the repetition or in the music surrounding the repetition.

While you’ve had some post-punk influences in your discography for a while, this album dives into it in a way we haven’t seen before from you. Was it a conscious choice to change things up, or were you just making the music you wanted to make?

I always just make the music as I like it in the moment. I try not to think too much about it, I’m quite intuitive in that respect. I think you can hear similar inspirations or sounds in my former albums too, but maybe it’s more clear on this album. I like to always start from scratch and just see where the music takes me. Then, quite quickly, I get an idea of what the vibe and sound will be, and I work further on from there.

What was the idea behind your album title? (Also, there’s a very good movie out right now that’s also called Memoria—have you seen it?)

I didn’t know that! I just stumbled upon the Latin wording of “memory“ and liked that. Also, because memory is such a huge part of our existence. Both the short and long term memory shakes us as human, and in music, it’s so powerful. Think about how easily you are being transported back in time when you hear a certain melody you once heard in a situation you had totally forgot about. It’s the same with smell — you instantly are being zapped back into let’s say…your grandma’s kitchen and her cooking if you smell a certain thing … it’s magical how it’s not about anything intellectual really, ,it’s more through hearing, so to speak. It inspired me in my music writing and I use it all the time. I depend on these goosebumps that sometimes appears if I hear a piece of music, might be old or new, it doesn’t matter, but when I get that feeling, I know it’s already in memory, and it can be re-activated within a second when I hear that same music again. It’s super fascinating.

Joe is a writer, a critic, a musical omnivore, a Long Islander, and a bundle of anxiety. He's dreamed of making a career as a writer since he was a child, which explains why he didn't dream of something a little more practical.
PrevPrevious“Count to Four” by Ollie West & The Wildflowers: A Poignant, Understated Breakup Narrative
NextThe 12 Best Spotify Promotion Services (That Are Actually Legit)Next