YDE on “Old Her,” TV Stardom and New Horizons 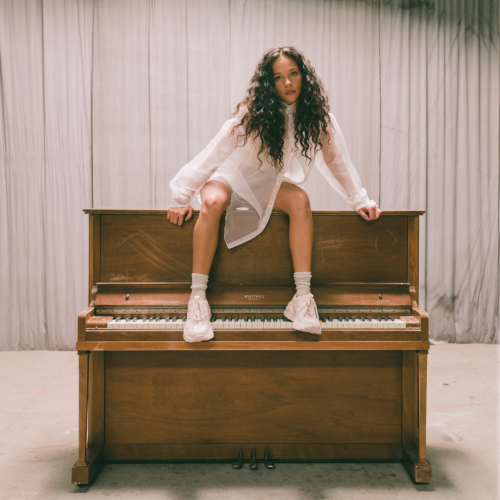 You may remember Breanna Yde from her role as the bass player Tomika on Nickelodeon’s School of Rock. Now she’s launching a musical career, joining Lady Gaga and Jared Leto in the select club of artists who are both thespians and highly successful musicians. The young artist just released “Old Her,” her first single under the name YDE (pronounced “EE-dee”).

The song isn’t specifically about the tug of war between acting and music, but more about how each successive version of ourselves has its own challenges.

She miss the old her

Even though the new her’s better than the old her

‘Cause when you get older

You realize the answers aren’t out there

In the video for the song, YDE’s old and new personas compete with one another while her soaring harmonies make the song fun and memorable.

Breanna Yde has had an incredible life for someone who just turned 19. She’s half-Filipino, born in Australia and raised in southern California. Her acting career has also included a starring role in the Netflix series Malibu Rescue and a live production of WILD: A Musical Becoming alongside Idina Menzel.

Unlike The Monkees, the kid performers in TV’s School of Rock were all accomplished musicians. YDE’s bass skills were real…and now her dreams are becoming real with the release of her catchy new single and upcoming album on the Warner label.

You play guitar, bass, keys and drums. Which two instruments do you feel you’re most proficient on?

I wasn’t classically trained on any instrument so I’m really winging it on them all, but I’m definitely the most comfortable behind a piano or guitar.

Do you still have the guitar that Ed Sheeran signed — and how did the signing take place?

Of course, I still have that guitar!! I was such a huge Sheerio back in the day and one of my really close family friends knew that, so they invited me out to a little show he was doing at a radio station in LA. He was kind enough to sign a guitar and chat for a bit. Not a terribly epic story, but what a cool dude.

Your songwriting has a cool confidence that reminds me of Lorde. Has she been an influence on your writing?

I LOVE Lorde. There was definitely a period of time where I played nothing but Melodrama. I remember the first time I heard “Sober” and was actually shitting bricks. I think all the music that songwriters listen to indirectly impacts the music they write whether they realize it or not. So, I guess she has had an impact on my writing for sure hahah. Honestly, I’ve never really thought about it. I just write and wherever the music takes me is where I go.

Larry McClain is a former ad agency blogger who writes for music and travel magazines in the US and UK.
PrevPreviousLindsey Lomis on “Save Your Breath,” Earning Celebrity Praise, and Performing with Brandi Carlile
NextDitto Review: A Detailed Look at the Music Distribution ServiceNext