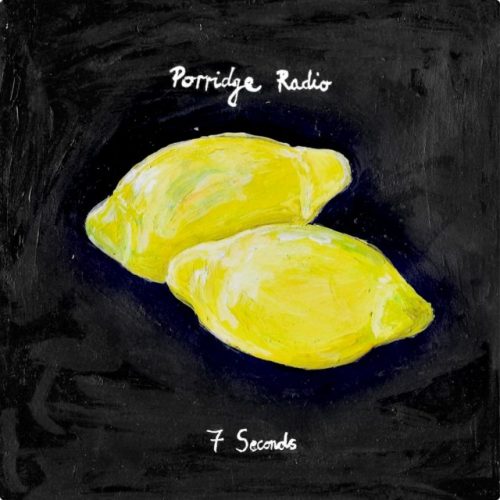 You know that hopeful song that plays at the end of a film that’s ended happily? The one that assures you everything is going to be okay in the lives of those characters? It sounds like driving fast with the windows down through the night with friends in a well-lit city. It sounds like the newest single from British indie rock group, Porridge Radio. “7 Seconds” – released on September 14th – is reminiscent of a synth-laden David Bowie tune, but far angstier.

The song kicks off with a body jolting drum beat and uplifting synths, followed by a punk-ish guitar riff. When we hear lead singer Dana Margolin’s low and steady voice, the music has died down and been replaced by a rat-a-tat-tat of drumsticks before beginning to pick back up. It’s an effective way to get you to listen to what the the vocalist has to say:

I’ve been waiting such a long time for you

And you know that I could never lie to you

I taught you love

And you never gave me enough

Margolin is addressing what seems to be a past love, though the language is somewhat ambiguous. Do they still see each other? Why are some verbs in the past tense and others aren’t?

The next lines are about how unreachable person is — we don’t know how or why they’re unreachable, but Margolin detachedly sings about not being able to share anything with them:

And I can’t tell you that I’m wasted

And I think about your body

And I’m wasted telling jokes to you

These lyrics are somewhat contradicting: she can’t talk to this person, yet she’s telling them jokes? It’s tempting to think that this person might be more than just dead to her, but actually dead. If their body is “wasting”, does she mean in the ground? Then again, it could solely be metaphorical, and she could be implying that she can only talk to them when she’s wasted and without sober inhibitions. But, as always, interpretations are up to the listener’s imagination.

Margolin’s vocals become increasingly intense and emotional as she sings the following verse:

And you’re not here, but your body’s getting closer every day

Until I’m knee deep in water, I can’t breathe

And I can never tell you that I’ve had enough

And I can never make it stop

To me, this song describes not being able to stop thinking about someone who you just cannot get over, no matter how hard you try. However, the subject of the song isn’t necessarily a lost love. It could be a place, a substance, a memory, or a non-romantic relationship.

That’s the beauty of these ambiguous lyrics: there are infinite possibilities of interpretation based on people’s personal experiences and how they relate them to the song. All the while, the song’s production generates a sense of optimism, with it’s upbeat pace and liberal use of colorful synths.  Anyone up for a car ride?

Boston University journalism student from Vermont with a particular interest in the fields of music and radio. I enjoy traveling, playing guitar, and spending time outside hiking, kayaking, and swimming.
PrevPrevious“Don’t Bother Mountain” by Lydia Loveless: Looking Down on a Relationship
NextConfronting Colonialism with Animal Saint’ “City on a Hill”Next